The H-2B guestworker program has been in the news a lot recently. First it was the plight of the crab pickers, where Maryland seafood companies insisted that without their usual number of H-2B workers they would face financial ruin. Then, DHS Secretary Kirstjen Nielsen authorized the use of a "one-time" cap extension, which allowed 15,000 more H-2B workers into the country.

The H-2B program is controversial, and for good reason. The AFL-CIO describes it as "bad for working people". Sen. Tom Cotton (R-Ark.) lambasted it on the Senate floor, calling it a "new-fangled form of indentured servitude". Scholars argue that the H-2B program decreases wages for poor, under-educated Americans who would otherwise fill jobs taken by guestworkers.

In addition to the Center's research on the issue (see here, and here, for instance), a detailed 2016 study by Daniel Costa of the Economic Policy Institute sheds light how the H-2B program does not fill significant labor shortages, but rather gifts employers with cheap, abundant foreign labor. The report looked at employment growth, wages, and unemployment rates in the top 15 occupations of H-2B workers and reached three damning conclusions:

Costa argued that "no credible data or labor market metrics have been presented by non-employer-affiliated groups or organizations — let alone by disinterested academics — proving the existence of labor shortages that could justify a large expansion of non-agricultural lower- and semi-skilled temporary foreign worker programs."

Costa's study first examined the definition of a labor shortage. He used a description popularized by economists Philip Martin (UC-Davis) and Martin Ruhs (Oxford University) who came up with three requirements for a labor shortage: 1) rising wages relative to occupation; 2) incredibly fast employment growth; and 3) low and fast-declining unemployment rates.

Using prevailing wage data for 2012, 2013, and 2015, Costa compared the national average certified H-2B wage to the national average Occupational Employment Statistics (OES) wage survey data for each occupation. In general, he discovered that employers saved money when hiring H-2B workers when compared to the average OES wage. Costa's three tables for 2012-2014 are shown below: 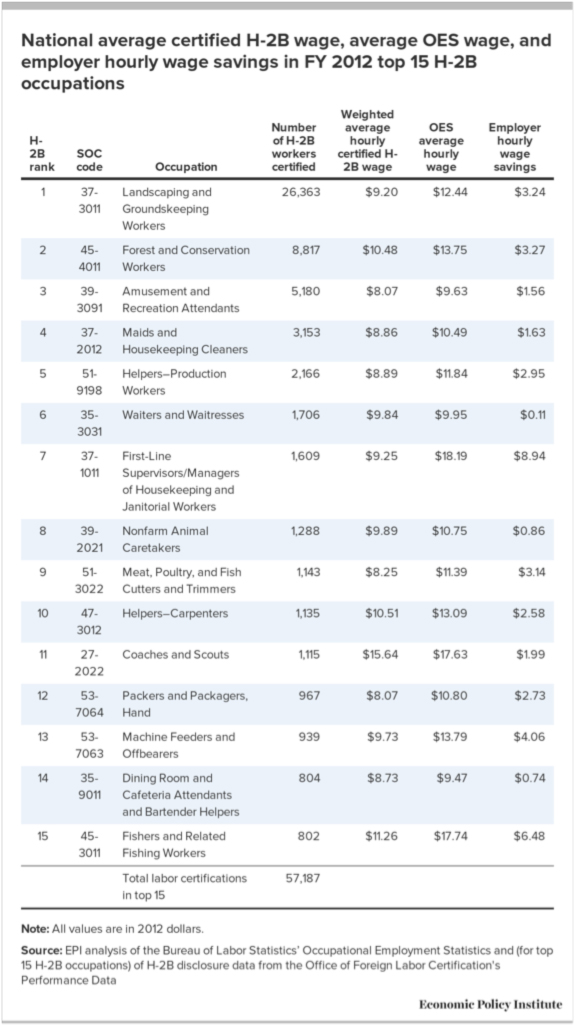 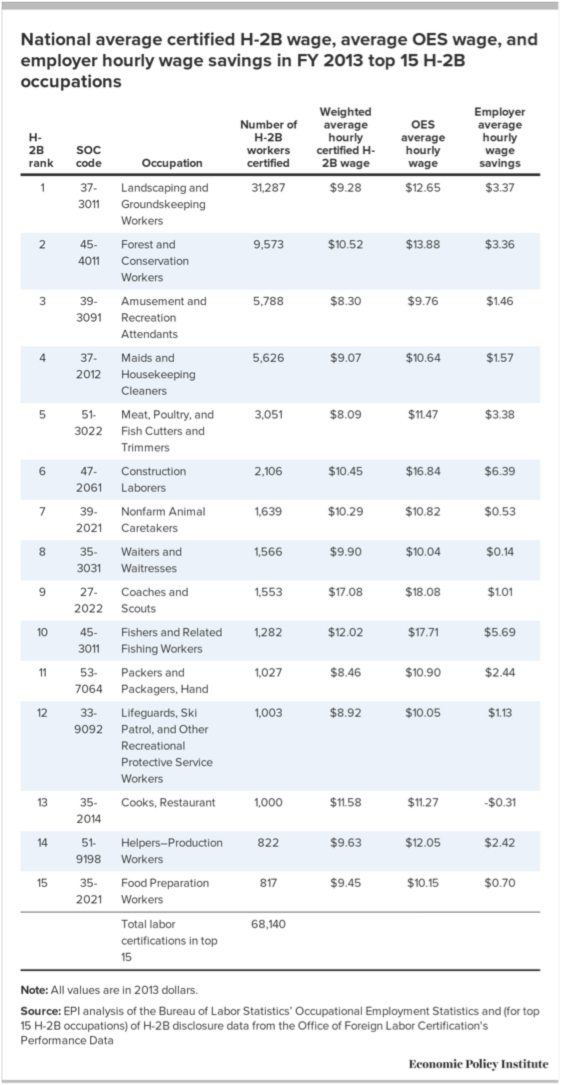 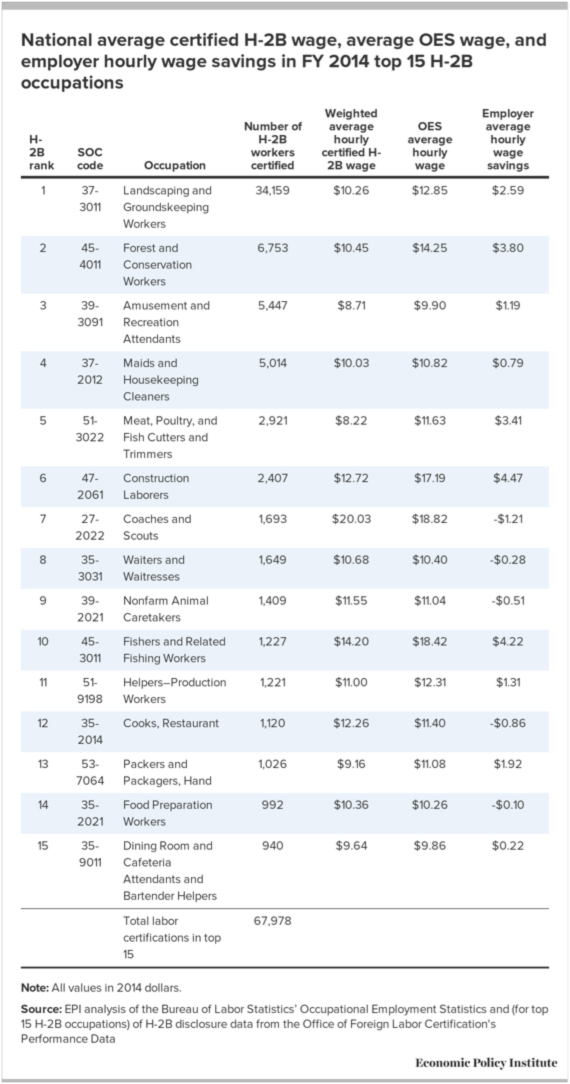 The important takeaway from this is that the most popular occupation categories, which make up the majority of H-2B workers, clearly have certified wages lower than the national OES average.

Costa's study highlights two important points. First, at the national level, there is not a demonstrated labor shortage in occupations heavily inundated with H-2B guestworkers. Costa found that wages were not rising, that there was little evidence of faster-than-normal employment growth, and that there were rising unemployment rates in almost all of the occupational categories — indications that there was not a shortage of labor during the time of the study.

Second, Costa demonstrated that between at least 2012-2014 H-2B workers were generally certified at wages far lower than the national average for their job category, suggesting that employers stood to save money by utilizing the H-2B program.

Costa's study indicates that the H-2B program, despite its best intentions, may indeed constitute a threat to American workers. Policymakers should continue to examine the H-2B guest worker visa and evaluate whether its expansion is truly merited.