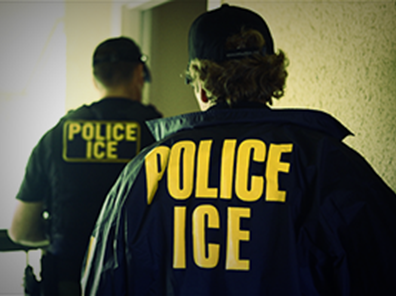 The Biden administration has struggled to define away the immigration enforcement mission as described on the U.S. Immigration and Customs Enforcement (ICE) website. In the final weeks of the Trump administration, after months of work, ICE revamped and launched a new website, a necessary update that was long overdue. I assisted with this process and made sure certain elements were included and easily accessible. It was understood additional improvements and edits were going to be needed, as is the case with any new website. We let subject matter experts in each programmatic area write up language to describe their own divisions, units, and offices.

Here’s the language that was used to describe the mission of ICE’s Enforcement and Removal Operations (ERO) division at the end of the Trump administration:

ERO operations target public safety threats, such as convicted criminal aliens and gang members, as well as individuals who have otherwise violated our nation's immigration laws, including those who illegally re-entered the country after being removed and immigration fugitives ordered removed by federal immigration judges.

The Biden administration was not happy with this language and apparently also had a problem with the image in the header of an illegal alien being arrested by ICE officers. While the previous language could be said to be consistent with congressional intent, the edits made in October 2021 were meant to reflect the narrow “priorities” of the Biden administration and also push the anti-enforcement narrative that ICE would be arresting fewer aliens because of “limited resources”. Back in reality, ICE has just as many resources as it did under the Trump administration, and the Biden administration has not been trying to get ICE more resources.

Here’s the language change the Biden administration made in October 2021:

In October 2022, the Biden administration updated the ERO mission on ICE.gov yet again. The main purpose appears to be the removal of the reference to “DHS’s stated enforcement priorities”. On June 10, 2022, the U.S. District Court for the Southern District of Texas issued a final judgment vacating DHS Secretary Alejandro Mayorkas’s September 30, 2021, memorandum titled, “Guidelines for the Enforcement of Civil Immigration Law”, which dramatically curtailed the ability of ICE officers to carry out the agency’s mission. Since this document is supposed to be no longer in effect, it makes sense that ICE has removed references to DHS priorities in the description of ERO’s mission.

However, the new language on ICE.gov suggests that the vacated memorandum is still operational. Here’s the latest language:

ERO uses law enforcement and intelligence-driven leads to identify noncitizens who may present a threat to national security or public safety, or otherwise undermine the integrity of U.S. immigration laws. Upon identification and a thorough investigation, ICE officers then arrest noncitizens by conducting targeted enforcement actions.

Gone is any reference to the Biden administration’s “enforcement priorities” — but these new edits soften ERO’s mission by removing the straightforward “identify and arrest” language and replacing it with more process — process that is arguably consistent with the vacated memorandum. ERO can “identify noncitizens who may present a threat” but, as explained in a second sentence, only after “a thorough investigation” can officers then make an arrest. All ICE officers conduct an investigation before making an arrest, of course, but Mayorkas’s controversial memorandum requires ICE officers to spend a lot of time searching for justifications to not make an arrest. Under that memorandum, officers aware of a fully deportable illegal alien have been required to conduct an investigation to determine whether or not there’s a rationale (in the mind of Biden appointees) to not make the arrest.

As explained in the currently court-vacated memorandum that ICE is not supposed to be using, DHS Secretary Alejandro Mayorkas explains:

Our personnel should not rely on the fact of conviction or the result of a database search alone. Rather, our personnel should, to the fullest extent possible, obtain and review the entire criminal and administrative record and other investigative information to learn of the totality of the facts and circumstances of the conduct at issue. The gravity of an apprehension and removal on a noncitizen's life, and potentially the life of family members and the community, warrants the dedication of investigative and evaluative effort.

In each case, there could be mitigating or extenuating facts and circumstances that militate in favor of declining enforcement action.

Mayorkas explains that “there can be mitigating factors that militate in favor of declining enforcement action”, which could include “lengthy presence in the United States; a mental condition that may have contributed to the criminal conduct, or a physical or mental condition requiring care or treatment; the impact of removal on family in the United States, such as loss of provider or caregiver; time since an offense and evidence of rehabilitation”, to name a few examples from the guidelines.

These court-blocked guidelines require ICE officers to investigate a number of rationales for not deporting an illegal alien (most of which are not reflected in statutory law), and the ICE website arguably still reflects these blocked guidelines.

There remains the question of whether ICE is operating in accordance with the court order, or whether Mayorkas’s guidelines are still having an impact on enforcement. Sources tell me that Biden’s political appointees are still making it difficult for ICE officers to carry out the mission and that the blocked guidelines are still effectively operational. The only way to be certain is for ICE to release detailed arrest and removal data for FY2022, but since the Biden administration is hostile to transparency, it’s likely the next Congress will have to pry it out of the agency.