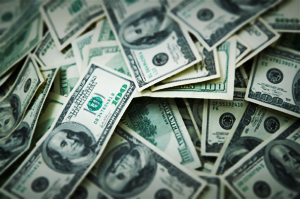 The net fiscal drain at the federal level — new revenues minus new expenses — created by H.R.6, was estimated at $35.3 billion by the CBO on March 18 of this year.1 Much of the costs come in the later part of CBO’s 10-year cost estimate window. For example, CBO estimates that the annual drain will be $6.3 billion in the tenth year of its cost estimate, compared to $1.6 billion in the second year. The rising cost of H.R. 6 over time is an indication that the fiscal deficit created by the legislation will persist well after the 10-year budgetary window CBO uses to create its fiscal estimates. Moreover, the CBO estimates do not include any costs at the state and local level. There is not much debate about the large size of the net fiscal drain that the bill would create. All of the CBO’s prior estimates of the Dream and Promise Acts separately also showed that the bills would add substantially to the federal deficit.

There are five main reasons why an amnesty creates significantly more new costs then new revenue. First, CBO, working with the Joint Center for Taxation, has previously found that taxes collected from illegal immigrants, whose income would now be reported, would increase with amnesty. However, the additional tax collection is offset by “increases in tax deductions by businesses for labor compensation.”2 In other words, amnesty would reduce the taxes businesses pay by allowing them to deduct the wages they had previously paid illegal immigrants off the books, thereby mostly erasing the higher tax contributions of illegal immigrants whose wages would now be subject to taxation.

A second reason for the fiscal drain is that the CBO estimates that cash payments from the EITC and ACTC, which the legalized would now receive, would increase significantly. Third, CBO estimates a larger share of the children of illegal immigrants (particularly the U.S.-born), who are already eligible for means-tested programs such as SSI and Medicaid, would now be enrolled because their parents would no longer fear deportation. Fourth, amnesty would allow those legalized immediate access to Obamacare subsidies. Fifth, a very large share of illegal immigrants have modest levels of education, resulting in modest incomes and relatively low tax payments, regardless of legal status.

Amnesty in the Middle of Massive Job Losses

While the employment situation has improved significantly since the height of the pandemic, the situation in May 2021 remained bleak. There were still 9.3 million people unemployed in May 2021, 3.4 million more than in May 2019, before Covid.3 In addition, another 55.1 million working-age (16-64) residents are not in the labor force — neither working nor looking for work. Excluding young people, there were still 38.3 million people ages 25 to 64 who were not in the labor force. A total of about 64 million working-age people (16 to 64) were not working in May 2021. Of those not working, about three-fourths don’t have a college degree.4

The current problems in the labor market must be understood in the context of a long-term decline in labor force participation for the less-educated, which pre-dates the Covid pandemic. Those not in the labor force do not show up in unemployment statistics because the official unemployment numbers only reflect those who have looked for a job in the prior four weeks. There is a significant body of research showing a link between non-work and negative social outcomes such as crime, drug use, and family breakup. Allowing all illegal immigrants who came at younger ages or have TPS status to stay and giving them all legal status so they compete with legal immigrants and the native-born throughout the labor market will likely make it increasingly difficult to draw more Americans back into the labor market.

2 CBO cost estimate of S.1615, Dream Act of 2017, December 15, 2017. In this version of its estimate, CBO explained in more detail how it created its estimates and the reason for the fiscal drain amnesty would create.

3 The May 2021 unemployment numbers from BLS can be found here; the May 2019 numbers are here.

4 Center for Immigration Studies analysis of the May 2021 public-use file of the Current Population Survey (CPS). Those not working include a small number 65 and older who are unemployed, but actively seeking work. Our figures are seasonally unadjusted. The Bureau of Labor Statistics has not fully disclosed its seasonal adjustment methodology during the Covid-19 pandemic; moreover BLS does not generally publish labor force participation data for those 16 to 64. Our figure is based on the raw data, which is available to researchers to download and analyze.