On Measuring Competence and Accountability Among Immigration Judges 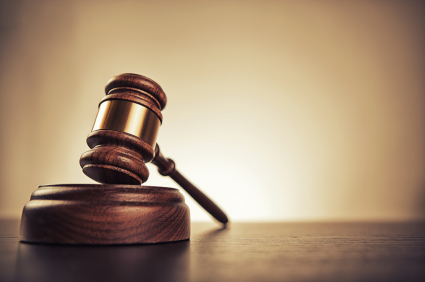 My colleague Andrew Arthur has written a blog post worth some time and contemplation, having to do with competence among immigration attorneys: "How Bad Is the Immigration Bar?". He was reacting to a recent Wall Street Journal op-ed by Benjamin Edwards arguing that much of the private immigration bar is either incompetent or only marginally competent.

Arthur, I think, has hit the target when he suggests that one way to weed out marginal performers in private practice is by ensuring that immigration judges are themselves up to the mark. During my three decades as a part of the federal immigration bureaucracy, I saw any number of occasions where either judges or lawyers (including, sometimes, government trial attorneys) were sadly inadequate.

Some of the more common "sins" of immigration judges, at least from my worm's eye view, included failure to adequately prepare, or a frequent disposition toward granting continuance after continuance after continuance in all too many cases. This latter event often enough occurred because the judge was by character and disposition unwilling or unable to call out an attorney on his or her lack of preparation or inadequacies and force the case forward.

Sometimes, though, it was because the judge was decision-averse, particularly in cases where the alien presented a sympathetic picture, but had absolutely no equities or other bases on which relief might be granted. In such instances, the judge would perpetually stall so as to avoid having to do the inevitable and issue an order of removal. While on a human level that's perfectly understandable, it is unacceptable given a judge's obligations under the law.

These things happened more often than one might think, and I have no reason to believe it has changed, in part because there has never been anything in the way judges are evaluated in their yearly performance appraisals that could either prove or disprove suspicions of such conduct in the way they handle their courtrooms. And — no surprise here — the judges have steadfastly resisted anything at all smacking of metrics, such as numbers and length of continuances, average length of duration for various kinds of cases heard, etc., etc.

Recently the Department of Justice Executive Office for Immigration Review, the agency responsible for immigration judge oversight, announced that it would begin establishing measurement methodologies by which immigration judges could be evaluated. On November 1, EOIR's acting director, James McHenry, testified to that effect before the House Judiciary Committee.

The hue and cry was nearly instantaneous. According to Law360 (partially behind a paywall):

The metrics, which detractors label as quotas, would be an extension of data that the EOIR already collects but that it currently does not include as part of immigration judges' "work plans," James McHenry told the Immigration and Border Security Subcommittee during a hearing that focused on the agency and its growing backlog of cases, which McHenry said hit 634,000 in October.

"Tying numerical case completions to the evaluation of the individual judge's performance evaluation specifically interferes with judicial independence and clearly will put immigration judges in a position where they could feel forced to violate their legal duty to fairly and impartially decide cases in a way that complies with due process in order to keep their jobs," the [immigration judges'] union said in a statement prepared for the Senate hearing on the DOJ.

Yes, believe it or not, the immigration judges are unionized.

As to their objections, we frequently hear the same thing said about cops regarding quotas and traffic tickets, don't we? But the thing is this: If a supervisor sees that a uniformed police patrol officer almost never issues a ticket, or that a detective almost never successfully closes a case, isn't that saying something? By the same token, if a police officer is issuing more than double the tickets that anyone else does on a routine basis, or if a detective always obtains a confession to close his case, that too should set off alarm bells. But if you don't collect data and measure, how will you ever know in either direction? As often as not, no metrics = no accountability.

Of course, the flip side of the coin is that metrics used to gauge immigration judge performance must be constructed carefully and with a great deal of forethought, lest they be superficial, inadequate, or lead to potentially erroneous conclusions, for instance of bias for or against aliens or classes of aliens.

By way of example, Syracuse University's Transactional Records Access Clearinghouse (TRAC) has periodically examined immigration judge metrics having to do with asylum, and issued reports on the findings, most recently here and here.

I applaud them for having done so, although I have some difficulty with the findings as presented: a simple chart for each judge with relating approval and denial rates.

Why would this by itself not be a good metric? Stop and consider:

One would naturally expect differing approval and denial rates in such circumstances. In fairness to TRAC, as they themselves note, they do in fact capture data relating to the nationalities of the asylum seekers; they simply haven't presented the data that way, and yet they do not hesitate to assert, for instance, that "Asylum Decisions Depend on Judge Assigned - San Francisco and Newark Have Worst Records". I have great difficulty with use of the pejorative because it implies that a denial rate is, in and of itself, a bad thing. It may not be, for the reasons I've already described, or for many other equally valid reasons.

And therein lies the problem: There is no place for grandstanding or vilification when either collecting or making use of metrics if there is to be forward progress on holding immigration judges accountable for their performance in a meaningful and fair way.