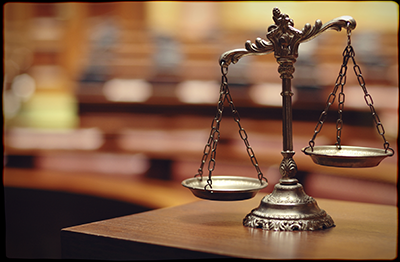 The House of Delegates of the American Bar Association (ABA) — the quasi-official body for lawyers throughout the United States — has passed a resolution affirming its belief that "[i]mmigration status alone shouldn't bar lawyers from practice."

According to the ABA Journal:

The ABA House of Delegates on Monday voted to urge Congress to allow state courts to permit immigrants who are seeking legal status to obtain licenses to practice law, and to support "the principle that bar admission should not be denied based solely on immigration status."

I have written about my dismay and disdain for this notion more than once, most recently in a July 19 blog, wherein I question how people who daily must practice deception, and whose very presence in this country is in violation of law, could possibly comply with the bar association's code of ethics, or be deemed "officers of the court".

I'll admit, though, that part of me, the less noble part, is amused by the notion. What could be better than seeing open-borders lawyer advocates having to compete for their livelihood against those whom they are so keen to see overlooked and forgiven for their unlawful presence? What better way to snap their attention than to dig into their bottom lines? Schadenfreude doesn't get any better than that.

I've also been pondering, as I did before, how and why allowing illegal aliens to practice law would be good for their clientele. Would you want to hire an attorney who might himself be arrested in the middle of your own legal entanglements — forcing you to start over with a new lawyer, at great trouble and expense?

Courts everywhere these days cite the need for judicial efficiency and economy as driving forces in the way they set dockets, move through cases, and dispose of motions. Why would any court be in favor of an arrangement where the arrest of one side or the other's counsel could happen at any time in the midst of proceedings, because he or she is an illegal alien practicing law?

Then consider this little thought experiment: You're sitting in an immigration court, watching a removal case. The respondent (the alien "defendant") is called before the judge. He is unaccompanied by counsel. The judge asks him if he is represented. The respondent says that he will represent himself. The judge asks whether he's sure that's wise; the respondent answers that he's certain, because he himself is an attorney. He then asks the immigration judge for a continuance. The judge asks why, and for how long. The respondent says, "Well, judge it will have to be for quite a while. I'm carrying a pretty heavy caseload right now, and I have one civil proceeding in the midst of trial, and another upcoming. I expect that, between them and the other cases I'm representing in which they will want me to continue as attorney of record, maybe I could show back up here in, oh say about two years?"

Of course, in two years, the respondent will have continued to take on more new cases in order to keep the money flowing in, with the happy consequence that it continues to make his appearing before the immigration judge a remote possibility since his removal would disrupt those cases in which he's attorney of record.

Now I don't suggest that the immigration judge would necessarily buy into that line of argument — but I can't absolutely say that he or she wouldn't either. It's absurd, isn't it? But that, ladies and gentlemen, shows exactly how far to the left the ABA has meandered in its official positions.