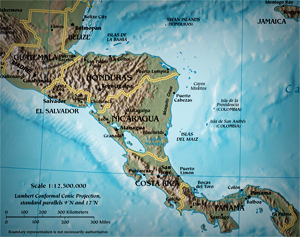 CAM, a cooperative venture between DHS and the Department of State (DOS), was another of those questionable programs initiated under the Obama administration without much in the way of a statutory basis.

Ostensibly it was to permit minors in the Central American "northern triangle" countries (El Salvador, Guatemala, and Honduras) to apply for refuge safely in their country, without needing to make the dangerous trek north, through Mexico, and then into the United States illegally. This, of course, was a fig leaf designed to cover up the embarrassment of the arriving tidal wave of humans, including not just minors but whole families, who surged across our borders and into the Rio Grande Valley from 2014 onward. The surge was public, shameful, and irrefutable evidence that the administration was lying about its "tough" stance on controlling the border and promptly deporting illegal border-crossers.

The Obama administration sent the vice president and other high-level officials to the three countries, and then scrambled to set up something that would take the flow of migrants out of the public eye. Even the name of the program was eyewash because it applied to adults as well as minors.

What's more, as might have been expected, very few of the applicants in the program proved to be entitled to refugee status based on the grounds of persecution outlined in the law. Instead, DHS continued to abuse, abroad, the same immigration parole that it was using domestically under the DACA program as a mechanism to permit a steady flow of Central Americans into the United States without being obliged to qualify for refugee programs as actually required by statute — and very few of those applying did in fact qualify. Despite that fact, significant numbers were paroled into the United States under vaguely defined "family unification" criteria, even though in many instances the family in the United States that Central American aliens were being granted paroles in order to join were themselves in the United States illegally, but present "under color of law", meaning that they had been able to avail themselves of other forms of quasi-amnesty, such as the (also abused) Temporary Protected Status program and the like.

From its inception, CAM was, in essence, a DHS/DOS-sanctioned, but legally spurious, pipeline of migrants into the United States in ways never contemplated by law, designed by open-borders advocates within the Obama White House to create out of whole cloth an avenue of entry for aliens who were not eligible under any existing provision of U.S. immigration law.

Abuse of the parole process in order to satisfy the demands of the CAM program is tacitly acknowledged in the notification from U.S. Citizenship and Immigration Services on its website announcing shutdown of the program:

On Jan. 25, 2017, President Trump signed an Executive Order entitled Border Security and Immigration Enforcement Improvements. The order called for the Department of Homeland Security (DHS) to take action to ensure that parole authority under section 212(d)(5) of the Immigration and Nationality Act (8 U.S.C. § 1182(d)(5)) is exercised only on a case-by-case basis in accordance with the plain language of the statute, and only when an individual demonstrates urgent humanitarian reasons or a significant public benefit. (Emphasis added.)

As my colleague Kausha Luna noted in one of her blog posts, a recent survey conducted in one of the "triangle" countries — Guatemala — established pretty conclusively that more than 90 percent of Guatemalans leaving for other countries, mostly the United States, do so for economic reasons. There is little reason to think that the results would be different in El Salvador or Honduras, no matter what open-borders advocates might argue to the contrary. Escaping poverty is a strong motivator in any country.

Our job isn't, or at least shouldn't be, to invite the world across our threshold, ruining our own economy and damaging the lives and well-being of our citizenry in the process. It is to help the citizens of those countries live well and decently in their cultures and societies. CAM did nothing to achieve that goal, and its demise is no loss.