91.1% of Guatemalans Migrate to the U.S. for Economic Reasons

Fewer than 1% leave because of violence or gangs. 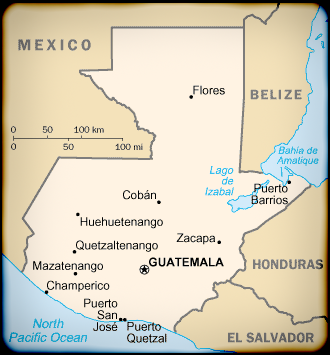 Last month, the Guatemalan government participated in the "Encounter with Migrants 2017", an event that aims to bring the Guatemalan migrant community in the United States and Guatemalan entrepreneurs closer together in order to promote investment, boost productivity of remittances, and curb emigration. During the event, Vice Minister of Foreign Affairs Carlos Martínez noted that the majority of Guatemalans migrate to the United States for better economic opportunities.

According to the "Survey on International Migration of Guatemalans and Remittances 2016", by the International Organization for Migration (IOM), 91.1 percent of Guatemalans emigrate to the United States for economic reasons. Per the report, 56.8 percent of Guatemalans migrate in search of better employment, 32.9 percent to improve their income, 1.2 percent to buy a home, and 0.1 percent to open businesses. (These add up to only 91 percent, though the survey report says 91.1 percent, presumably due to rounding.) Moreover, IOM found that 3.7 percent migrate for family reunification. Meanwhile, only 0.3 percent migrate due to violence; 0.2 percent migrate as a result of extortion; and 0.2 migrate because of gang problems.

The study has a confidence level of 95 percent, with 3,224 households distributed in 22 departments and 171 municipalities. Fieldwork was conducted between August 11 and September 19, 2016.

As the report shows, migration is multi-causal. However, the immigration narrative in the United States has crafted a monocausal "migration crisis" — that cause being violence. As a result, causes such as economic migration and family reunification are glaringly absent from the conversation. But as the Guatemalan case demonstrates, economic reasons and family reunification can be, and often are, predominant push and pull factors. Without recognizing these issues within the immigration debate, policies seeking to rectify the U.S. immigration system will fail.