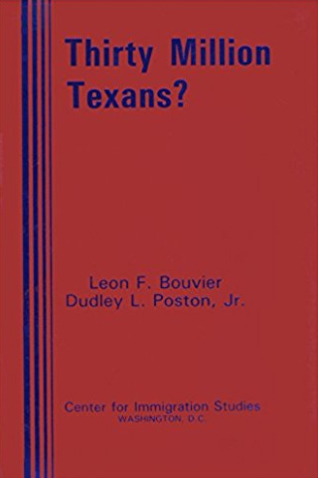 Purchase this book on Amazon.

The possibility of the Lone Star State attaining a population of 30 million in the next thirty or forty years should not come as a big surprise. However it is a vastly different matter to grow from 3 million in 1900 to 17 million in 1990; and from 19 million in 1990 to possibly 30 million in 2030. The question may properly be asked: despite its size, how many people can Texas adequately support; what is its carrying capacity? How many people can be supported without degrading the physical, cultural and social environment? In 1990, Anglos represented more than 60 percent of the population of Texas. By 2015, they will no longer constitute the majority of all Texans. On the other hand the Latino population will swell from 4.3 million in 1990 to over 10 million by 2020. In this book, we examine how the population of Texas will grow and what this will mean to the state's institutions and its people.