Why Removable Aliens Should Be Arrested and Deported

ICE must not 'close its eyes to ongoing violations of the law', or the immigration system will fail 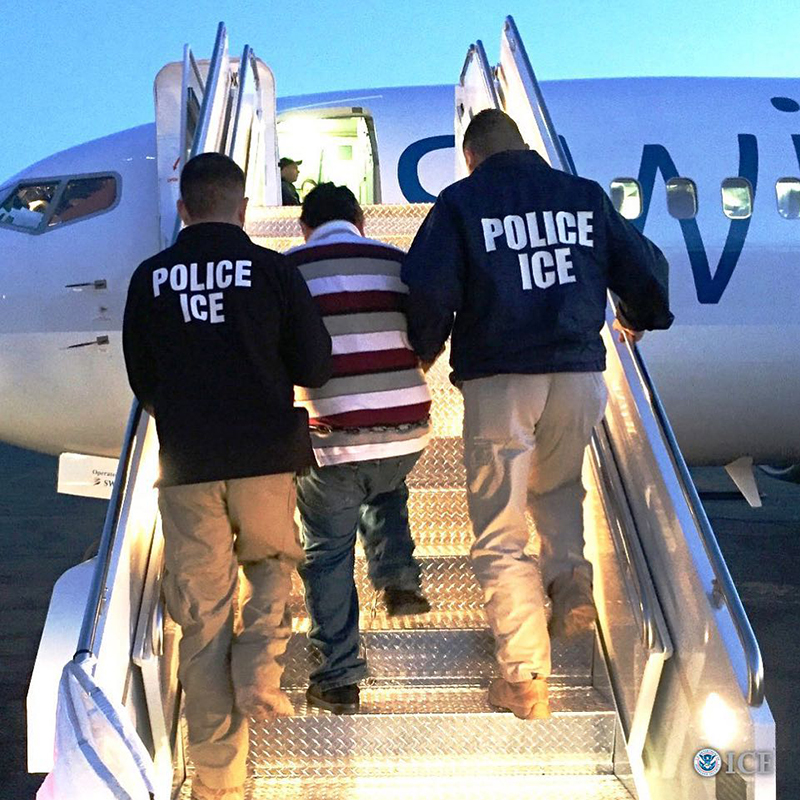 In my last post, I showed how, with the exception of the last two years of the Obama administration, ICE enforcement under Trump was actually more restrained than under his predecessor. At the end, I noted that under Biden's proposed plan, ICE enforcement would be even less effective than it was under his old boss. I will prove that in my next post, but I first want to explain why removable aliens should be arrested and removed.

For most of the time that the immigration laws have been enforced in the United States, ICE — and its predecessor the INS — arrested, detained, and expelled aliens who were excludable, deportable, or removable, without any particular focus on whether they were criminals or not. Why? Because that is what Congress (which makes the immigration rules) told those agencies to do, and for good reason.

Congress, in passing the Immigration and Nationality Act (INA), was pretty clear on what it expected. Section 212 of the INA, which contains the grounds of inadmissibility, begins: "Except as otherwise provided in this chapter, aliens who are inadmissible under the following paragraphs are ineligible to receive visas and ineligible to be admitted to the United States." (Emphasis added.)

Similarly, section 237 of the INA, where Congress told ICE which lawfully admitted aliens to deport, begins: "Any alien (including an alien crewman) in and admitted to the United States shall, upon the order of the Attorney General, be removed if the alien is within one or more of the following classes of deportable aliens." (Emphasis added.)

Not all removable aliens are going to be removed, even if ICE arrests them all. There is relief and protection available for some removable aliens in the INA, which is the reason section 237 of the INA contains the caveat "shall, upon the order of the Attorney General, be removed".

The foregoing shows that if an alien is removable under sections 212 and 237 and ordered removed and not eligible for relief, ICE is supposed to try to remove the alien.

If that were to occur, the border would be open to any alien who can avoid the Border Patrol (and many who do get caught), and foreign nationals could lie with impunity to State Department officials abroad when applying for nonimmigrant visas, claiming that they will return home when they really won't. And, importantly, the community would not be safe from criminal aliens.

Even green card holders are treated like invitees in the United States, and expected to obey the laws. If they commit a crime that Congress has deemed as a removable offense in section 237 of the INA, they too are removable, regardless of how long they have been here.

That is why the criminal grounds of removability in sections 212 and 237 of the INA are so strict in their language, and why the list of crimes designated as "aggravated felonies" in section 101(a)(43) of the INA is so long.

Why? Prioritization of ICE's finite resources is the excuse that the Biden administration has given, but in reality ICE will spend a lot of its time determining whom not to arrest and remove, time that it could be using to actually, you know, arrest and remove aliens.

More accurate, I believe, is the following assessment from a February 7 article in the Washington Post:

John Sandweg, an acting director of ICE during the Obama administration, said the preliminary guidance was a good step toward improving the agency's public image and the quality of its work. "No one judges the FBI by the number of arrests they make. They judge them by the quality of arrests," Sandweg said.

If Biden wants to improve ICE's public image, he should have a talk with congressional Democrats. They are the ones who have termed ICE a "fascist" organization, and called for abolishing the agency because it tries to do the job Congress has assigned it.

More likely, it is an attempt by Biden to improve his public image among his most liberal supporters. In the last presidential debate, he actually apologized for the Obama administration's immigration enforcement efforts and its failure to pass an amnesty.

That said, though, consider Sandweg's statements about the "quality" of ICE's work. The INA does not contain quality metrics, but Sandweg (who served as acting ICE director for less than six months from August 2013 until February 2014) wants them, believing ICE arrests should be compared to the FBI's.

He apparently fails to appreciate the difference between criminal enforcement of federal laws (in this instance, by the FBI) and ICE's job of stopping ongoing immigration violations, but that difference was a significant factor in a key immigration decision by the Supreme Court, INS v. Lopez-Mendoza.

Lopez-Mendoza involved the application of the Fourth Amendment's "exclusionary rule" (which prevents the government from using most illegally obtained evidence) to two aliens who were arrested in separate worksite enforcement actions. Both alleged that they had been unlawfully arrested by the INS.

Justice Sandra Day O'Connor, writing for the majority, noted the differences between civil and criminal proceedings. More importantly for purposes of this analysis, though, she explained:

Applying the exclusionary rule in proceedings that are intended not to punish past transgressions but to prevent their continuance or renewal would require the courts to close their eyes to ongoing violations of the law.

Presumably no one would argue that the exclusionary rule should be invoked to prevent an agency from ordering corrective action at a leaking hazardous waste dump if the evidence underlying the order had been improperly obtained, or to compel police to return contraband explosives or drugs to their owner if the contraband had been unlawfully seized.

Every alien who is unlawfully present is committing an offense, every minute, every day that he or she is here.

When the FBI arrests a criminal, it does so to ensure the arrestee is punished for past transgressions. ICE's job, on the other hand, is to stop continuing transgression of the INA. So, what Sandweg and the Biden administration are calling on ICE to do is to improperly "close [its] eyes to ongoing violations of the law".

By the way, I will note that when Justice O'Connor wrote that opinion in 1984, she stated: "In the course of a year the average INS agent arrests almost 500 illegal aliens."

In FY 2020, there were 2,434 employees in the fugitive operations branch and criminal alien program (CAP) at ICE Enforcement and Removal Operations (ERO). They are the ones responsible for apprehending removable aliens, including criminals. ERO made 103,603 arrests last year — an average of 42.56 aliens for each fugitive operations branch and CAP employee, and a far cry from the almost 500 aliens each INS agent was arresting 36 years ago.

And I will also note that when Sandweg helmed the agency, ICE arrested tens of thousands of non-criminal immigration violators. He likely therefore would not have graded his own performance well, but wants ICE held to a more stringent standard than the one he, himself, enforced.

Respectfully, closing its eyes to ongoing violations of the INA is not what Congress has told ICE to do (and in no uncertain terms). But it is what the Biden administration, and at least one former agency director, want it to do. What would Justice Sandra Day O'Connor say?