The Biden administration has effectively dismantled all aspects of immigration enforcement 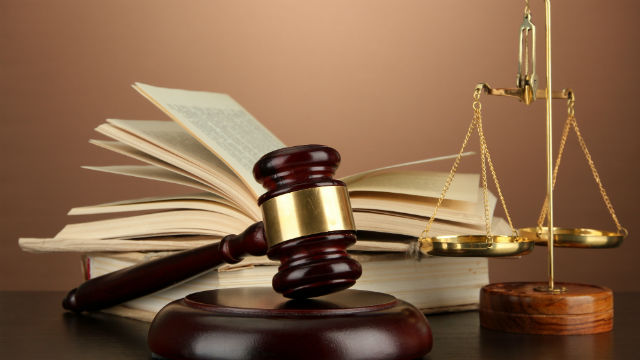 The Transactional Records Access Clearinghouse (TRAC) at Syracuse University has published a report captioned “Outcomes of Deportation Proceedings in Immigration Court” through January 2022. It shows that so far in FY 2022 (October 2021-January 2022), just 23.2 percent of respondents in removal proceedings in which a decision has been issued were ordered removed or granted voluntary departure (VD), while 76.8 percent were allowed to stay. The Biden administration has now dismantled all aspects of immigration enforcement, setting itself up for major congressional backlash.

Background. By way of comparison, in the last fiscal year before the Covid-19 pandemic, FY 2019, 72.1 percent of respondents were ordered removed or granted VD, while fewer than 28 percent were granted relief or otherwise allowed to remain in the United States at the end of their removal proceedings.

Things were not terribly different in the early days of the Obama administration. In President Obama’s first full fiscal year, FY 2010, 70.6 percent of all removal proceedings ended with an order of removal or grant of VD, while in 29.4 percent of cases, the respondent was allowed to stay.

The decline in removals during the last two years of the Obama administration coincided with the issuance by then-DHS Secretary Jeh Johnson of a memo captioned "Policies for the Apprehension, Detention and Removal of Undocumented Immigrants" (the Johnson memo).

Probably not coincidentally, the Johnson memo was issued on November 20, 2014, 16 days after the 2014 mid-term election in which Republicans gained nine Senate seats (taking control of the body), and took 13 new House seats. By that point, President Obama could not run again, while Republicans held the reins in Congress.

Trump scrapped the Johnson memo, but he did not return to the status quo. Rather, he crafted his own priorities for immigration enforcement on January 25, 2017, in Executive Order 13768, "Enhancing Public Safety in the Interior of the United States".

In FY 2017, the percentage of cases in which immigration judges ordered respondents removed or granted them VD at the end of proceedings rose to 56.9 percent, and then to 66.8 percent in FY 2018. In FY 2020, removals and VD accounted for 70.3 percent of all final orders in immigration court.

Not surprisingly, in FY 2021 (two-thirds of which was under the Biden administration), fewer than 30 percent of all final decisions were removal orders or VD grants in the immigration courts.

Immigration Judges Are Now Rubber Stamps. During his State of the Union speech, Biden trumpeted the fact that his administration was “putting in place dedicated immigration judges so families fleeing persecution and violence can have their cases heard faster”. Of course, hiring started under the Trump administration, but that is simply an aside.

Fox News asked Border Patrol agents what they thought of this and other immigration vows the president made in his speech, and one responded:

Immigration judges usually tend to follow the tendencies or intentions of their appointing administration, which means I and many other agents have little faith in them to actually follow immigration law. ... The vast majority of these illegal aliens have no legitimate claims to asylum but administration-picked and taxpayer-funded lawyers will argue otherwise. Unemployment, inability to buy groceries, domestic violence, bad schools and bad weather are not legitimate claims, period.

The TRAC report shows how sage and wise that unnamed Border Patrol agent is. Immigration judges’ gavels have now been replaced with rubber stamps.

The Final Step in the Dismantling of Immigration Enforcement. The Biden administration has now effectively dismantled all aspects of immigration enforcement:

None of this ends well, and I don’t simply mean for national security and the rule of law. Biden has so effectively demolished immigration enforcement that a simple renewal of efforts to enforce the current law by this or some future administration will be ineffective.

If illegal immigration at the border or in the interior is ever to be brought under any semblance of control, Congress will have to act — and if the past is prologue, likely will.

In 1996, Congress stepped in to curb similar (but much more limited) abuses of our immigration laws. Given the dire state that the Biden administration has led the immigration system to in 2022, much stronger medicine is now needed, and either the next Congress or the one after that will almost definitely prescribe it.