What is Vera and what does it stand for? Let it explain 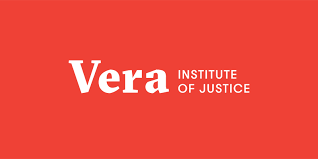 Fox News has reported that the Vera Institute for Justice — which the outlet describes aptly as a “liberal group” — has nabbed a U.S. government contract worth anywhere between $171 million and $983 million to provide legal assistance to unaccompanied alien children (UACs) in immigration proceedings. What is Vera? It’s best to let it explain, and while I am at it, I will tell you how we got here.

“Unaccompanied alien children” have not always been viewed as a separate group of removable aliens. The concept finds its genesis in the Homeland Security Act of 2002 (HSA). The HSA abolished the former INS and dispersed its enforcement and adjudication responsibilities across various federal agencies.

Prior to passage of the HSA, responsibility for the apprehension, detention, and placement of removable alien children was vested in the erstwhile INS, though many immigrants’ advocates had complained about the conditions under which INS held and released UACs.

Those complaints came to a head when the Clinton DOJ entered into a settlement agreement in Flores v. Reno. The Flores settlement agreement (FSA) created a policy favoring release of alien minors and requiring INS to place minors it did detain in the “least restrictive setting appropriate” based on their age and special needs "in a licensed facility". Almost 25 years later, the FSA still governs the detention of alien minors.

When the HSA abolished the former INS and created DHS, House Democrats amended the bill to vest jurisdiction for the housing and placement of UACs in removal proceedings with the Office of Refugee Resettlement (ORR) in the Department of Health and Human Services (HHS).

As an aside, I was in the room when this amendment was agreed to (without much if any debate), and I still have no idea why Congress thought it was a good idea to send UACs to ORR — an office that had no detention expertise in a department that also didn’t have any.

Nearly two decades of experience in UAC detention and placement hasn’t apparently taught the department much, either, given that HHS under the Biden administration has lost track of nearly 20,000 UACs it released.

In any event, among the other duties Congress directed ORR to perform was developing a plan “to ensure that qualified and independent legal counsel is timely appointed to represent the interests of each such child”, consistent with section 292 of the Immigration and Nationality Act (INA).

That section of the immigration act provides aliens in removal proceedings with a right to counsel, but “at no expense to the Government”.

Note that at the beginning, ORR had a light UAC workload. According to the Congressional Research Service (CRS), only about 6,700 UACs were apprehended by DHS, placed into removal proceedings, and referred to ORR annually in the early 2000s.

That changed beginning in late 2008 after Democrats in Congress passed an extremely problematic law even President Obama disliked, section 235 of the Trafficking Victims Protection Reauthorization Act of 2008 (TVPRA).

That section directs DHS to transfer all UACs it encounters from “non-contiguous” countries (i.e., all countries other than Canada and Mexico) over to ORR in 72 hours, nearly all for placement with “sponsors” in the United States.

Those rules apply regardless of whether the UACs in question haven’t been trafficked and don’t fear persecution if returned home — even though section 236 of the TVPRA is captioned “Efforts to Combat the Trafficking of Children”, and even though it now simply serves as a magnet drawing minors to enter illegally — willfully or otherwise.

And, not surprisingly, because the TVPRA gives preferential treatment to children who aren’t from Mexico or Canada, the number and percentage of UACs apprehended at the border from non-contiguous countries has skyrocketed. According to CRS:

In FY2009 ... children from Mexico and the Northern Triangle countries (El Salvador, Guatemala, and Honduras) represented 82% and 17%, respectively, of the 19,668 UAC apprehensions that year. By FY2021 [when nearly 185,000 UACs were apprehended at the Southwest border], those proportions had flipped, with Mexican and Northern Triangle children respectively representing 18% and 77% of all UAC apprehensions.

Section 235 of the TVPRA also kind of addressed the issue of counsel for UACs released into the United States. It directed HHS “to ensure, to the greatest extent practicable and consistent with section 292 of the” INA that all UACs from non-contiguous countries both in ORR or DHS custody and who have been released “have counsel to represent them in legal proceedings or matters and protect them from mistreatment, exploitation, and trafficking”.

It continues: “To the greatest extent practicable, the Secretary of Health and Human Services shall make every effort to utilize the services of pro bono counsel who agree to provide representation to such children without charge.” That’s a bit redundant, because unless the government or someone else is paying for UAC counsel, any private lawyers are going to have to do it either free or on the cheap — that is “pro bono”.

That section also directs HHS to appoint “independent child advocates for child trafficking victims and other vulnerable” UACs. What those “advocates” are supposed to do aside from “advocating” for the UAC is not spelled out in the TVPRA, but whatever they’re doing is on the government dime.

Having read through the documents for this contract, I am not entirely sure whether Vera is simply helping UACs find private attorneys (including pro bono counsel), or whether it is being paid to provide direct legal services to those UACs (or both).

If it is the former, $171.7 million up to $983 million is a lot of money to pay to find lawyers. If it is the latter, the statutory source of the authority to provide government-funded paid counsel for UACs is unclear from either the HSA or the TVPRA, although it may be hidden elsewhere.

Vera Institute of Justice. Which brings me to Vera. Founded in 1961, the institute now describes itself as “a national organization that partners with impacted communities and government leaders for change” and that is working “to transform the criminal legal and immigration system so that money doesn’t determine freedom; fewer people are incarcerated; and everyone behind bars is treated with dignity”.

Some of those goals are objectively laudable, while others are a matter of personal perspective. Vera’s mission is: “To end the overcriminalization and mass incarceration of people of color, immigrants, and people experiencing poverty.” The “immigrants” part is not fluff — a lot of Vera’s work involves aliens and the immigration system.

In that vein, Vera published a piece on its website in February captioned, “If Biden Truly Wants a More ‘Fair, Orderly, and Humane’ Immigration System, He Needs to Do These 6 Things”. It begins:

The 2020 election brought much joy and relief to immigrant rights activists, many of whom worked around the clock to help defeat a president who made cruelty to immigrants a central tenet of his administration, and amplified the inhumanity of an immigration system that has been never been fair or just.

The first part of that excerpt is undeniably true, as I have no doubt that Trump’s defeat “brought much joy and relief to immigrant rights activists”. I would contest the assertion that the 45th president “made cruelty to immigrants a central tenet of his administration”, that he “amplified the inhumanity of” the U.S. immigration system, or that this system “has never been fair and just”, however.

In fact, as I have explained, immigration enforcement under Trump was significantly less robust than it had been during the first six years of the Obama-Biden administration. And, having been an INS prosecutor and associate general counsel, a congressional staffer handling immigration issues, and an immigration judge, I have seen the system up close, and fairness and justice are touchstones of it.

Not surprisingly for an organization that is receiving tens of millions of dollars to provide legal services (of one sort or another), that February piece also argues that Biden should provide “lawyers to everyone in immigration proceedings”.

Similarly, Vera asserts: “We need a federally funded universal legal defense service for people involved in immigration proceedings, modeled after the criminal federal public defender system.” Vera has a whole policy brief on this subject, but I wonder who would provide such services?

Respectfully, unlike criminal proceedings, removal hearings are civil in nature, and I am unaware of the federal government paying for lawyers in, say, rent court or divorce proceedings — both of which are also civil, and both of which can have life-altering consequences).

The reference is to mounted Border Patrol agents in Del Rio in September, and despite all the things CBP’s Office of Professional Responsibility (OPR) attempted to show in its July 8 report on that incident, the one thing it did not find is that agents either had whips or whipped anyone. Again, respectfully, prejudging the actions of other is the antithesis of “justice” — but “justice” is in Vera’s name.

These are just a few of the “intense” immigration-related points the institute makes on its website. I am not saying that Vera shouldn’t be allowed to voice extreme positions (I am pretty much a free speech absolutist), but I find it strange that an entity with such a dim view of our immigration system is so willing to take up to almost $1 billion to participate in it. I also wanted you to know where your tax dollars are going.