Senior citizens and older Gen-Xers are particularly not happy 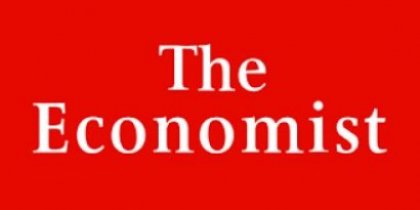 The Economist and YouGov just released a poll conducted between May 22 and May 25, which surveyed 1,500 U.S. adults. There were some interesting immigration takeaways in that survey — if you know where to find them.

Immigration came in fourth place as the issue most important to those polled, with 9 percent (there were 14 issues to choose from). It trailed “jobs and the economy” and “health care” (tied at 16 percent) and “climate change and the environment” (12 percent).

The results were not uniform, however, as immigration was third among men at 12 percent, just behind “jobs and the economy” (16 percent) and “healthcare” (12 percent).

Note that 81 percent of respondents identified immigration as an important issue (almost half — 49 percent said it was very important), and just 6 percent described it as “unimportant”.

With respect to the president’s handling of immigration, the results were interesting, as well. Forty-three percent of respondents approved of the job that Biden was doing on immigration (but just 16 percent strongly), while 46 percent disapproved (33 percent strongly).

Given the unprecedented disaster at the Southwest border, those numbers were somewhat surprising, until you get down to the finer details.

Age is a factor as well. The highest strong disapproval numbers in this demographic are among those aged 65 and older (46 percent), but they were also the most likely to “somewhat approve” (33 percent). But disapproval did not diminish evenly as respondents got younger.

Younger Gen-Xers (born 1965 to 1980) and older Millennials (1981 to 1996) were the least likely to disapprove of Biden’s handling of immigration (31 percent) and the most likely to approve (53 percent). Younger Gen-Zs (1997 to 2012) were slightly less enthusiastic about the president when it comes to immigration: 32 percent disapproved vs. 45 percent who approved (22 percent had no opinion).

Then, there is party affiliation. Not surprisingly, the president’s fellow Democrats overwhelmingly approve of his handling of immigration, with 75 percent approval vs. 19 percent disapproval. That approval does not run deep, though: Just 28 percent strongly approved of Biden’s performance. Nineteen percent of the president’s co-partisans disapproved (6 percent strongly).

Partisans will be partisans, so the real action in the poll is among Independents, who will be key swing voters in the 2022 midterm elections. Fifty-two percent of them disapprove of Biden’s handling of immigration (39 percent strongly), while 44 percent approve (just 12 percent strongly). If these trends continue, Biden could be dealing with a hostile 118th Congress in January 2023.

Note that Democrats appear to have been overrepresented in this poll, which may actually skew these numbers in the president’s favor. The respondents included 597 Democrats, 360 Republicans, and 385 Independents. This was a poll of adults — not registered voters — so only 1,382 of the 1,500 respondents claimed an affiliation.

Although the administration’s PR campaign touting the president’s performance on immigration has ramped up, and much of the media has left the border disaster behind, Americans are still not convinced that Joe Biden is handling the issue of immigration that well.