Cartel Gun Battle Across from Texas Border Town, as Migrants Drown Near Tijuana 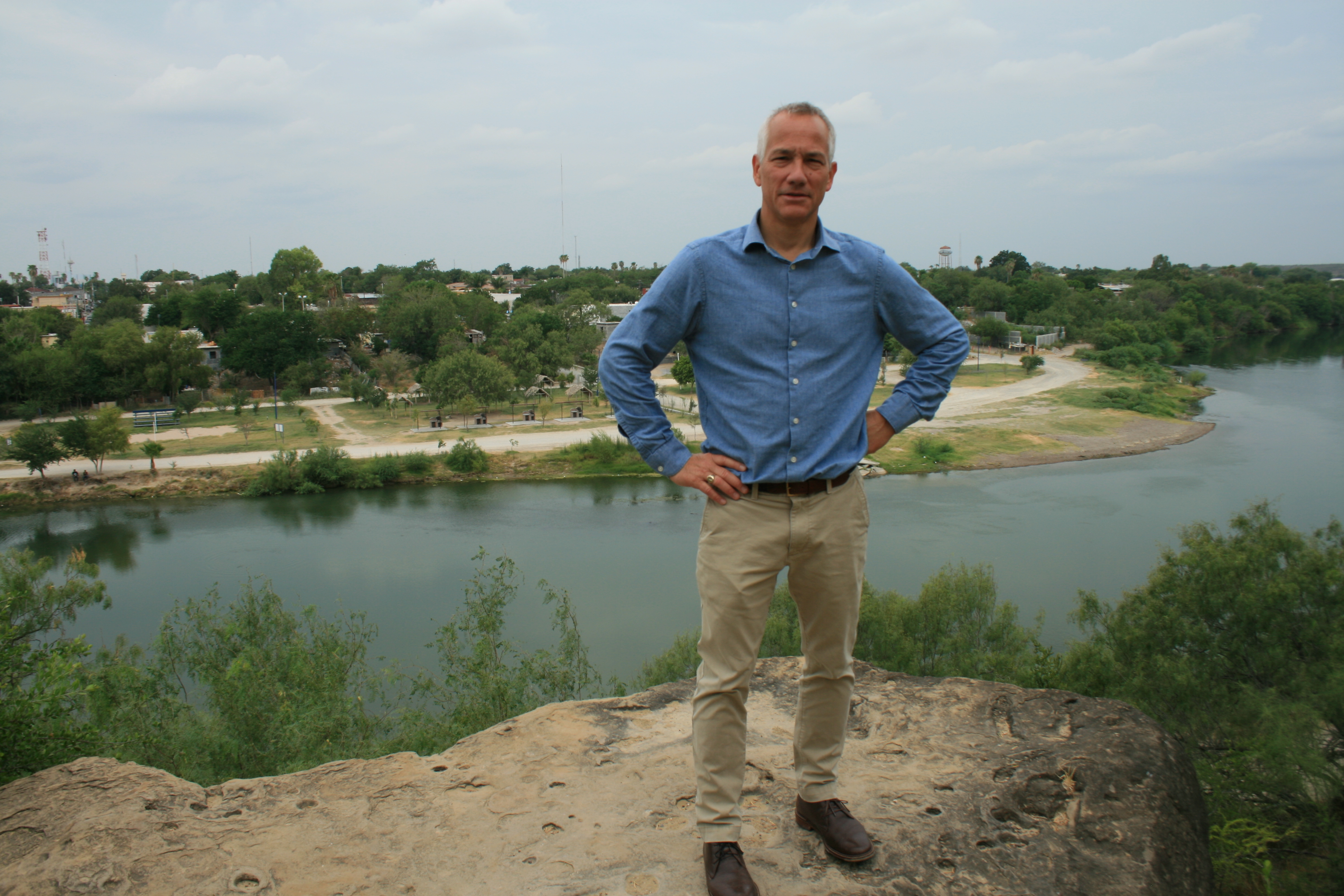 The author in Roma, Texas.

On March 18, DailyMail.com reported that a gun battle between the Cartel del Noreste and Cartel del Golfo had broken out recently in Ciudad Miguel Aleman, Tamaulipas, Mexico, while a female migrant had drowned in the Pacific attempting to swim around a border fence near Tijuana on March 13. Administration dismissals notwithstanding, this is what a border disaster looks like.

If the city of Ciudad Miguel Aleman sounds familiar, it is likely because I reported from Roma, Texas — which sits across from it on the Rio Grande in August 2017. As I noted at that time: "The Texas Tribune describes Roma as a 'Smuggler's Paradise,' and it is easy to see why."

The metropolitan center of Ciudad Miguel Aleman is separated from the somewhat dilapidated town of Roma by about 200 feet of river. Carrizo cane — in which smugglers and migrants can hide — grows thick on the American side, there is a small, heavily vegetated island near the U.S. shore, and a well-trod path (strewn with discarded clothing) leads from the Rio Grande up into Roma proper.

Houses sit at the head of the path, and a large road (U.S. 83) runs about three blocks from the river. That road seems to attract an unusual number of tire repair shops, outdoor car washes, and food kiosks.

I am not saying that any of the proprietors or employees of those institutions are spotters for cartels or migrants (I have no proof that they are), but any would be ideal if smugglers wanted to watch the comings and goings of the Border Patrol in the area.

Gun battles between the cartels in the area are not a new thing. I was warned about them when I was there, and my Border Patrol guide (back when Border Patrol provided tours) spoke about them when I stood on the bluffs over the river. Lara Logan from Fox News reported on similar violence there in February, and it seems to be increasing.

It is easy to understand why gun battles have been increasing. Cartels in Mexico fight over their so-called "territories", and given its proximity to the "smuggler's paradise" of Roma, Ciudad Miguel Aleman is prime real estate for such transnational criminal organizations.

Plus, the time is ripe. The Rio Grande Sector of the Border Patrol (which includes Roma) reported that it had made more than 97,000 apprehensions of migrants in the first five months of FY 2021 — a 147 percent increase over the same time period in FY 2020. Most significantly, the sector has seen a flood of adults traveling with children (family units or FMUs) and unaccompanied alien children (UACs) this year.

FMUs and UACs require more CBP resources to apprehend, detain, and process than single adults. That means more Border Patrol agents are taken off the line when FMUs and UACs appear, which gives opportunities to cartels — like the the Cartel del Noreste and Cartel del Golfo — to smuggle drugs across the border. It also provides cover for human smugglers.

Those migrant smugglers usually must also pay a "tax" (known as a piso) to cartels to traverse their "territory". As RAND has noted (dryly): "Collecting the piso requires fairly extensive regulation of migrants passing through a drug-trafficking organization's territory, pointing to coordination between human smugglers and drug traffickers before a migrant reaches the U.S.-Mexico border."

If smugglers don't pay the piso, they can be in trouble with some hard men.

My colleague Todd Bensman has speculated that that an incident in which 19 individuals — mostly Guatemalan migrants — were found shot to death and burned in Camargo, Tamaulipas, on January 22 — allegedly by Mexican police officers (12 have been charged) — may have occurred either because those officers had not been paid, "or they were ordered to do it for some other reason on behalf of the cartels".

Camargo, which is less than 16 miles east of Ciudad Miguel Aleman, is also disputed by the Cartel del Noreste and Cartel del Golfo. The actual facts of that January 22 case may never be known, but what facts we have are mighty suspicious.

An influx in migrants means more pisos, assuming that your cartel controls the "territory". It all makes sense that when there is a surge at the border, the business opportunities for the cartels described above increase, but so does competition — meaning more gun battles.

Then there is the case of Yuri Rios, a Honduran mother of two. She and her brother-in-law, Jose Duenas, were attempting to swim around the border fence that extends into the cold waters of the Pacific south of San Diego when currents separated the pair. Rios drowned — yet another border-related death.

As I noted in a March 12 post, when similar incidents occurred during the migrant surge in FY 2019, they were blamed by politicians and the press on then-President Donald Trump. They were certainly indicative of a humanitarian and national-security disaster at the Southwest border, as I explained at the time. That is as true — if not more so — now.

Whatever else you think about migrants entering the United States illegally, a surge of them brings violence, corruption, and death in their wake. Controlling that surge is job one for the U.S. government — for the good of our national sovereignty, the agents who must patrol that border, and the rule of law in our neighbor to the south.