Apprehensions and Credible Fear Numbers Creeping Back Up

Is the "Trump Effect" Wearing Off? 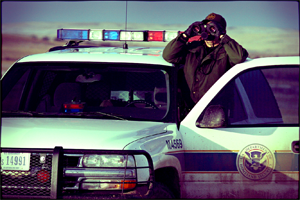 Back in May, I wrote about the positive effect that President Trump's rhetoric was having on immigration enforcement, and in particular on dissuading aliens from entering illegally along the Southwest border.

That effect appears to be waning, however, at least to a degree.

Experts to whom I spoke during my recent border tour expressed a number of different reasons for the increase in aliens seeking illegal entry and claiming credible fear in recent months. The most prevalent is that aliens were frightened off initially by the president's rhetoric about immigration enforcement (particularly on the campaign trail), but that as time has passed and aliens have been able to successfully enter illegally, word has spread that illegal entry is still possible. Similarly, I was told that alien smugglers decided to wait before probing the border for weaknesses under the new administration; now that those weak points have been identified, it was said, they are being exploited.

One weak point is the credible fear process. While the current percentage of cases in which credible fear was found in June 2017 (68 percent) is lower than it was in October 2016 (81 percent), attempting illegal entry and then claiming credible fear if caught is still a reasonable option.

The Trump administration needs to track these trends, and respond to them forcefully, or else we will return to the rates of illegal entry that we saw under the Obama administration. One response would be to increase detention along the border, and ensure that there are sufficient resources to screen each alien who is apprehended seeking entry illegally. Another would be an expansion of criminal prosecution for aliens who have entered illegally, and/or an expansion of expedited removal.

If the administration fails to practice what the president has preached, however, the gains that have been made in immigration enforcement in the last eight months will be lost.