Nearly two million migrants caught in 2021; the border is broken, and the disaster will likely get worse 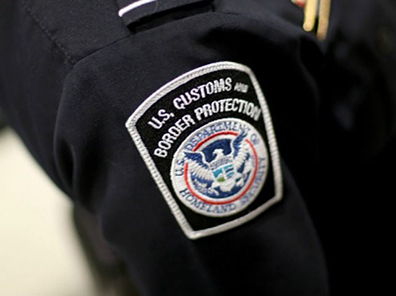 On January 24, CBP issued statistics on migrant apprehensions at the Southwest border in December. Last month, Border Patrol agents apprehended 170,186 illegal migrants there, an increase over November. (Total "encounters", including by CBP officers at ports of entry, were 178,840.) More disturbing is the fact that apprehensions are increasing during a time of the year when they should be decreasing, and that there have already been nearly a half-million apprehensions in FY 2022. The border is broken, and absent some shock or change in policy, it will get even worse.

Process Problems in CBP’s Release of Border Statistics. Before I get into the numbers, however, I will mention (and complain about) the process. In a January 21 post captioned “CBP Released More than 55,000 Migrants at the Border in December: Dismantling the immigration system, and border security with it, I already reported that Border Patrol agents apprehended 170,186 illegal migrants at the Southwest border last month.

That statistic was taken from a report that the government has been forced to file with Judge Matthew Kacsmaryk of the U.S. District Court for the Northern District of Texas under the terms of his injunction in Texas v. Biden. Judge Kacsmaryk’s order requires the submission of that report by the 15th of each month, and the government filed it a day early in January.

That raises the question of why exactly CBP waited until January 24 to publish those statistics. In the past, these numbers were usually released within the first two weeks of the next month, but as the disaster at the Southwest border has worsened under the Biden administration, they have been released later and later.

Illegal Migration Is Exceeding Seasonal Trends. But I digress. Many times in the past I have made reference to a March 25 analysis from the Washington Post, which has the amended headline: “The migrant ‘surge’ at the U.S. southern border is actually a predictable pattern. Evidence reveals the usual seasonal bump — plus some of the people who waited during the pandemic”.

Even at the time that analysis was published, I questioned the conclusions therein (which turned out to be flawed, at best), but it did include a useful chart of cumulative apprehensions by month from FY 2012 to FY 2020.

That chart shows that apprehensions begin to climb in February (when the weather at the Southwest border gets warmer) and reach a peak in the month of May (before the heat at the U.S.-Mexico line becomes unbearable). They then decline with a slight bump in October all the way to January, when the process begins again.

That period from March to June is known informally as “travel season”, when illegal migration at the Southwest border is at its highest.

If you review the graph that CBP includes with its “Southwest Land Border Encounters” statistics, you will see that illegal migration at the Southwest border has failed to follow this “seasonal pattern” for months.

There was a 26 percent decline in the number of migrants Border Patrol caught between July (200,658) and October (159,051), but month-to-month apprehensions then picked up again, rising almost 5 percent in November (166,911) and then nearly 2 percent last month.

Still, it is crucial to note that Border Patrol agents apprehended more illegal migrants at the Southwest border every month from May through December 2021 than in any of those same months in recorded history (records go back to October 1999) — and the difference is not even close:

Do you see the trend there? Not only is Border Patrol making more apprehensions, but the percentage increase over historical records (not even trends) has itself been increasing.

The Apprehension Statistics Are Worse than They Appear. Of course, even those apprehension statistics are deceptive — and not in a good way.

Before 2011, 90 percent of illegal entrants were single adult males, and before 2009, 90 percent were Mexican nationals. Those migrants can be quickly processed and repatriated in about eight hours, and CBP facilities were built to accommodate such aliens for a brief period of time.

Thus far in FY 2022, however, single adults represented just over 65 percent of all illegal migrants apprehended by Border Patrol at the Southwest border.

It can take days to process those aliens, and under a problematic 2008 law, DHS is required to transfer UACs from “non-contiguous countries” (i.e., countries other than Mexico and Canada) to the Department of Health and Human (HHS) Services within 72 hours, most for placement with “sponsors” in the United States.

Not surprisingly, nearly 84 percent of all UACs apprehended at the Southwest border in FY 2022 are not Mexican or Canadian nationals. HHS is quickly becoming overwhelmed, too, which is why there were 5,000 children stuck in Border Patrol custody in early January.

And of the total number of illegal migrants apprehended by Border Patrol at the Southwest border thus far in FY 2022, fewer than 34 percent were Mexican nationals. Worse, fewer than 30 percent were nationals of the Northern Triangle countries of El Salvador, Guatemala, and Honduras — more than 36 percent came from farther abroad.

Nearly Two Million Border Patrol Apprehensions in Calendar Year 2021. The federal government operates on a fiscal year schedule (from October 1 to September 30), but the apprehensions in calendar year 2021 tell the true story of how illegal immigration has climbed under the Biden administration (which began on January 20).

In 2021, Border Patrol agents apprehended 1,946,012 illegal migrants at the Southwest border. Of course, that includes nearly 20 days of the outgoing Trump administration, and illegal migration under Biden did not really get going until March.

Based on current trends, total apprehensions between January 2021 and January 2022 will exceed 2.1 million — numbers that have never been seen before at the Southwest border.

The Border Is Broken, and Will Just Get Worse Unless the President Acts. The border is broken, and CBP lacks the resources to handle this many illegal migrants. That is why the government released more than 55,000 illegal migrants at the Southwest border in December.

That, of course, will simply encourage even more foreign nationals to enter the United States illegally going forward. Absent some significant shock to the system, or some major change in the Biden administration’s border policies, the situation at the U.S.-Mexico line will simply get worse.

It is my fervent hope that there will be no such shocks and that there will never be another terrorist attack on the American homeland, period, let alone one on the scale of September 11th. From a national security standpoint, however, given the sheer scale of illegal migration at the Southwest border, something truly tragic is becoming increasingly likely.

For all intents and purposes, the border is wide open. CBP’s statistics — as bad as they are — do not even begin to reflect the number of migrant “got-aways”, aliens who successfully eluded an overwhelmed Border Patrol in recent months. Former Border Patrol Chief Rodney Scott (who would know) stated that there were more than 400,000 such got-aways in FY 2021.

Four hundred thousand people is much larger than the populations of Pittsburgh, Cincinnati, Cleveland, or New Orleans. You can do the math and assess the danger for yourself.

Before the disaster at the border becomes a tragedy for our homeland, it is incumbent on the Biden administration to implement policies that will begin to tamp down on illegal entrants. Regrettably, however, there is no indication that the president plans on doing anything different anytime soon.