WaPo Article: 'No Migrant Surge' at the Border

To the contrary, there is an historic surge, which is quickly becoming a humanitarian disaster 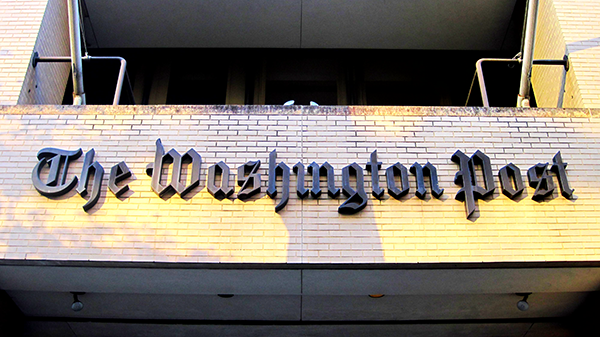 In an "Analysis" piece that appears in the "Monkey Cage" section of the Washington Post website, an associate professor and two PhD students from the University of California at San Diego (UCSD) assert "There's no migrant 'surge' at the U.S. southern border. Here's the data." After reviewing their points (some of which I agree with), I respectfully disagree with their conclusion, and contend what's happening at the border is quickly becoming a humanitarian disaster.

They analyzed some of the same statistics that I examined in a March 11 post captioned "Border Patrol Apprehensions Reach 14-Year High for the Month of February". In fact, they even include the same CBP figure that appears in that piece, titled "FY Southwest Land Border Encounters by Month".

The headline on my March 11 post was actually in error — apprehensions last month reached their highest level for February in 15 years, since February 2006 (I unfortunately don't switch over mentally to a new calendar year until April, hence the error). The UCSD analysts don't mention the fact that apprehensions last month reached a 15-year high for the year's shortest month.

Instead, they assert that February's apprehensions reflected "the usual seasonal increase", bolstered by what they refer to as "the pent-up demand from people who would have come in fiscal year 2020, but for the pandemic".

They are correct that border apprehensions were way down for most of FY 2020, beginning with the imposition of CDC travel restrictions in late March. Using the authority in Title 42 of the U.S. Code, the director of CDC ordered the expulsion of aliens entering illegally along the border and the coast, and without proper documents at the ports of entry.

Is there really a set amount of "pent-up demand", though?

First, that would suggest that those migrants are not really coming here as "asylum seekers" (a euphemism much in vogue now), because if they were truly fleeing in fear for their lives (the literal definition of an "asylum seeker"), they would already have attempted to find refuge in the first place they got to — which for many is not the United States.

The majority of the single adults who were apprehended by Border Patrol thus far in FY 2021 (187,218 out of 313,565, or just less than 60 percent) were Mexican nationals. So maybe some of them are true asylum seekers. But Mexico is the 14th largest country in the world by area, and asylum applicants have to show that they cannot safely relocate internally, so that may be tough for them to prove.

The majority of unaccompanied children (UACs) and adults travelling with children (family units or FMUs), however, are from the "Northern Triangle" countries of Central America — El Salvador, Guatemala, and Honduras — not Mexico.

Specifically, 18,307 of the UACs (63 percent) and 24,905 of the FMUs (almost 64 percent) apprehended this fiscal year have been from the Northern Triangle. If they had a pent-up demand for asylum, they could have applied for protection in Mexico, which, as my colleagues have noted is an asylum-granting country (their law is actually much more generous than ours), and is willing and able to accept them.

So, if you accept the UCSD "pent-up demand" theory, then many if not most of the migrants now entering illegally are simply looking for the opportunity to enter the United States — not to seek asylum. Biden administration policies, such as not returning UACs under Title 42 and releasing FMUs within 72 hours of apprehension into the United States, gives them the opportunity they have been waiting for.

The USCD researchers are also correct that "undocumented immigration is seasonal, shifting upward this time of year". I made a similar point in a March 3 post, stating: "Traditionally, illegal entries start to tick up in March, and hit their highs in May and June before slowly tapering off in December."

In other words, February is the second-lowest travel month for illegal migrants of the year, at least by average in the eight years between FY 2012 and FY 2019 that the UCSD researchers studied (they apparently excluded FY 2020, because there were actually nine fiscal years from FY 2012 to FY 2020).

But, as I noted above (correcting myself), last month saw the largest number of Border Patrol apprehensions in 15 years. So, if we can expect to see Border Patrol apprehensions at the Southwest border to exceed almost 97,000 for the next 10 months, by definition we are looking at a historic migrant surge, the conclusions of the UCSD analysts notwithstanding. And we haven't really started.

That said, I do not accept their "pent-up demand" theory. As I explained in October 2018, illegal immigration responds to so-called "push factors" (driving migrants from their home countries) and "pull factors" (pulling migrants to the country to which those migrants are headed, in this case the United States).

In this instance, the aforementioned Biden border policies are, in my estimation, the major pull factors drawing, at a minimum, FMUs to enter the United States illegally, and likely the rest, as well.

I am bolstered in this belief by the findings of a bipartisan April 2019 report I highlighted in a March 16 post, which concluded that the release of FMUs with just a Notice to Appear (the charging document in removal proceedings) was "[b]y far, the major 'pull factor'" encouraging FMUs to enter the United States illegally.

As noted, the Biden administration has supercharged that process, at least (according to Axios) for the 58 percent of FMUs who were not expelled under Title 42 last month, and whom the administration has set a "goal" of releasing in 72 hours. I am not a big gambler, but if the odds are almost six-out-of-10 in my favor, I take the bet.

In fact, the quick expulsions of migrants under Title 42 was almost definitely the main — if not the sole — reason that Border Patrol apprehensions in FY 2020 were so low, at least compared to the migrant surge in FY 2019.

Again, simply put, Title 42 turned off the magnet that was drawing migrants to enter illegally, because it made it highly unlikely that those migrants were going to be released to live and work in the United States. It removed the major pull factor — release from DHS custody, to live and work here.

The UCSD folks reached roughly the same conclusion (but didn't say it that way). They stated:

2020 was the pandemic, when movement dropped dramatically. Countries around the world closed their borders. Here in the United States, the Trump administration invoked Title 42, a provision from the 1944 Public Health Act, to summarily expel migrants attempting to enter the United States without proper documentation.

And: "The Trump administration oversaw a record in apprehensions in fiscal year 2019, before the pandemic shut the border."

Of course, FY 2019 was not a record for apprehensions — that dubious distinction goes to FY 2000, when Border Patrol made 1,643,679 apprehensions at the Southwest border, 48 percent greater than the 851,508 in FY 2019. But the evident truth underlying these statements is that when migrants believe U.S. borders are "closed" or "shut", they won't come.

So, is there a "surge" at the Southwest border? Absolutely; a 15-year one. And if the UCSD authors of the Washington Post article are to be believed, it is just beginning, because there are 10 more months of Border Patrol apprehensions exceeding 95,000 migrants coming, with a huge peak in May.

Anecdotally, however, just take a look at Axios's photos from "Inside a crowded border patrol tent in Donna, Texas", published on March 22, of migrants wrapped up in mylar blankets, lying on thin mats, separated by plastic sheets. As that article states:

Each of eight "pods" in the so-called soft-sided facility [in Donna] has a 260-person occupancy, said Rep. Henry Cuellar (D-Texas), who provided the photos to Axios to raise awareness about the situation. But as of Sunday, he said, one pod held more than 400 unaccompanied male minors.

To paraphrase Chico Marx in the 1933 political satire "Duck Soup", take a look at Rep. Cuellar's photos in Axios, and ask yourself: "Who ya gonna believe, Monkey Cage or your own eyes?" If you believe your own eyes, you will know there is a surge, quickly becoming a humanitarian disaster.