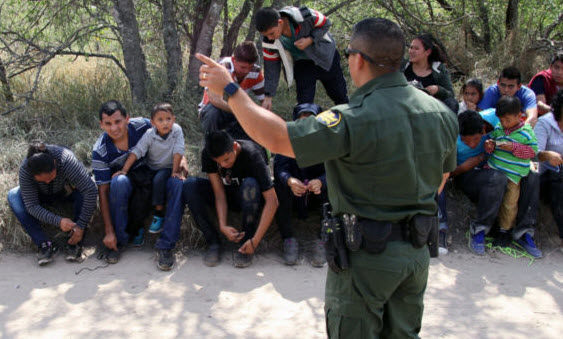 Buried in the appendix of a recent report from the Government Accountability Office (GAO) are some basic statistics on the destinations of many of the illegal border crossers who were caught and released under Biden administration policies. This is noteworthy because, while much has been published on the historic, mind-boggling numbers of illegal migrants who have arrived, little is known about where they are settling, other than episodic reports of flights and buses organized by the feds or by certain state governors. It is important information to have because, while the feds currently see no reason to coordinate with local authorities, it is typically the state and local governments (and taxpayers) that bear most of the fiscal burden associated with this wave of illegal immigration.

The GAO obtained data from the Border Patrol, which instructs agents to ask the released aliens where they are headed. In addition, ICE provided the GAO with statistics on the number of illegal migrants classified as part of a family unit who reported (in person, by phone, or by booking an appointment on a website) to each of its regional field office over a one-year period.

The GAO report also included non-granular statistics on the number of family unit members who reported to ICE field offices during the same time period. These figures give an indication of which general metropolitan areas the migrants have settled in. It is important to keep in mind that some of the field offices, like Chicago, New Orleans, and Minneapolis-St. Paul, cover very large multi-state geographic areas, while others, such as Baltimore and New York City, cover much smaller metropolitan areas.

State and local officials, journalists, and members of Congress who have been seeking more information on the total number of illegal border crossers being released into their jurisdictions and the number reporting to ICE should ask these agencies for a more detailed report that covers their specific geographic area.