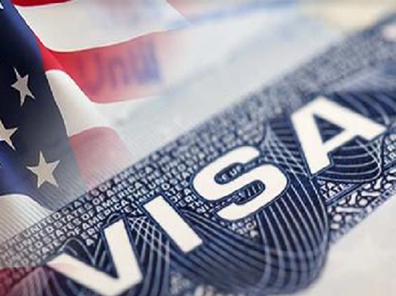 In a new twist in the case of the illegal border-crossers transported to Martha’s Vineyard, the sheriff of Bexar County, Texas, Javier Salazar, reportedly has certified several of the aliens as crime victims, enabling them to apply for U visas. This is an outrageous, but sadly common abuse of the loosely regulated U visa, and points to why Congress needs to overhaul this program at the earliest opportunity.

The U visa was created by Congress to help law enforcement agencies gain cooperation from illegal-alien victims of serious crimes in order to facilitate prosecution of the offenders. Law enforcement agencies who are investigating or prosecuting certain crimes, such as domestic violence, felonious or sexual assault, FGM, or human trafficking, may issue a certification for an illegal-alien victim who has agreed to assist in the investigation or prosecution.

In this case, it is not clear that a crime has even occurred, much less a crime that is serious enough to qualify for a U visa for these illegal migrants. It appears more as if the sheriff and the migrants’ lawyers are trying to concoct a criminal investigation to reward the migrants and embarrass Florida Governor Ron DeSantis, whose administration transported the migrants from Texas to Martha’s Vineyard, avoiding the option for them to settle in Florida, as a large share of new illegal arrivals have done.

Reportedly, the sheriff is considering bringing charges of unlawful restraint, although it’s unclear that there was ever any restraint of the migrants at any point in their journey from San Antonio to Martha’s Vineyard. DeSantis has insisted that the migrants were not coerced. Judging by the migrants’ statements reported in the media, at worst the migrants possibly were misled by the individual hired to recruit them for the plane trip. Equally likely, they were simply confused about where they were going and disappointed they were not taken to a place where they could begin working right away. One immigration lawyer maintains that since the migrants were given an informational brochure that may have mentioned the word “refugee”, a status that does not apply to the illegal migrants, that information was egregiously misleading and should be considered a form of human trafficking.

This would be laughable if it were not so damaging to what very little integrity exists in the U visa program. Unfortunately, a sheriff, police chief, prosecutor, or judge can certify any alien for a U visa for any reason they want to. There is no oversight or control; they can sell certifications if they want to. The important question is: Will USCIS approve the visas in this case? Said one of my retired federal law enforcement contacts:

Wow, that is going to be interesting to see how unlawful restraint is interpreted. This is insanity. It has to change. I saw agencies try to use unlawful restraint because they knew that a crime of smuggling was not an option [to qualify for a U visa], because the aliens were of course co-conspirators. They negotiated for that trip, like one would for buying drugs or any product or service. Where the area goes gray is, did the alien complete the deal and then was still restrained? Is that in furtherance of a crime (smuggling) they agreed to, or is it unlawful restraint?

We won’t find out for many years to come. That’s because the U visas are such a racket now, with so many (often frivolous) law enforcement certifications flooding the system, there is a very long waiting list. Congress set a limit of 10,000 U visa issuances per year, thinking that would be sufficient to cover demand. But according to the most recent statistics from USCIS, there are now more than 50,000 applications submitted each year, and more than 270,000 certified petitioners on the waiting list to receive a visa. The U visa program is now larger than some of the family and employment green card categories, and about the size of the annual green card lottery.

One huge incentive to apply is the fact that a U visa petitioner is protected from deportation, can receive a work permit free of charge, and even bring over family members — even before a visa becomes available and the application is approved. And by the way, once the visa is approved, the U visa holder is on the path to a green card and eventually citizenship if they so choose.

In March 2020, USCIS released a massive report detailing the many problems with U visas. These include fraudulent certifications, misunderstanding or apathy among law enforcement agencies about appropriate certification standards, misrepresentations by aliens about victimization, and inadequate vetting of applicants.

The U visa can be a useful tool for law enforcement agencies, but the abuse has gotten out of hand. In addition to writing stricter rules for the circumstances that enable an illegal alien to qualify for the visa, now it is clear that stricter rules — and potential penalties — are needed to rein in the politicization and other inappropriate use of the visa by law enforcement agency heads. The more frivolous applications are allowed, the longer that real victims have to wait for relief.