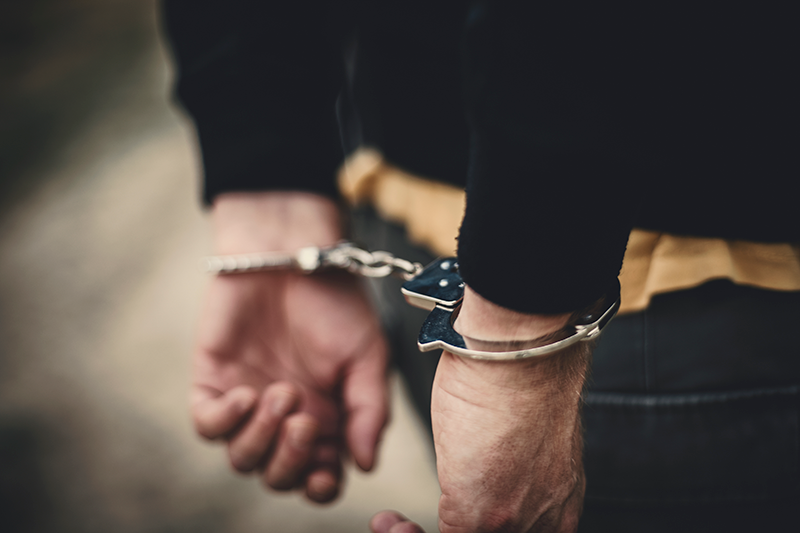 During Thanksgiving weekend in 2011, Brian McCann got a phone call from the Cook County jail’s automated victim’s notification service, telling him that Saul Chavez, an illegal alien charged for mowing down and killing his brother Dennis in downtown Chicago while driving drunk, had been released, as dictated by Cook County’s brand-new sanctuary policy. Thus began an 11-year campaign by Brian McCann to secure justice for his brother, and to alert lawmakers to the consequences of sanctuary policies. On Monday, December 12, Chavez reportedly was scheduled to appear in court in Cook County after a years-long FBI manhunt and extradition from Mexico, in what the McCann family hopes is the beginning of the process of obtaining justice.

This is what happened, from the Chicago DUI Lawyer Blog:

On June 8, 2011, Saul Chavez allegedly hit and killed a 66-year-old man, William [“Dennis”] McCann in Chicago. McCann was walking along Kedzie Avenue in Logan Square when he was struck by a vehicle. He was reportedly thrown into the air and landed on the hood of the car. Chavez was allegedly observed accelerating the vehicle, running over McCann, and dragging his body nearly 300 ft. Witnesses stated that Chavez exited the vehicle and tried to flee on foot, but was apprehended by an off-duty Chicago Police officer. Chavez’s blood alcohol level was reportedly 0.29, nearly four times the legal limit. He was charged with aggravated DUI causing death, and leaving the scene of an accident.

Chavez had just completed two years on probation for a previous aggravated DUI charge. When he was booked into Cook County Jail, there was an immigration detainer placed on him, to keep him from being released. However, in November 2011, Chavez was released from jail after his brother posted bond.

ICE files immigration detainers when it has probable cause that an alien in local custody is deportable. It is a notice to the local law enforcement agency that ICE intends to take custody if the alien is released and asks the local agency to hold the alien and/or give ICE reasonable notice of the pending release.

But while Chavez was in jail, the Cook County board of supervisors passed a new sanctuary policy, prohibiting the jail from holding him for ICE to take custody. Soon after, his brother showed up with $25,000, knowing the jail would not notify ICE or allow them to take custody of Chavez. Chavez promptly fled to his home country of Mexico, where reportedly he soon began working as a truck driver. Local media trashed the policy and attempts were made to overturn it or modify it, to no avail.

For the last 11 years, Brian McCann has engaged in tireless advocacy, including endless hours of telling his story to local officials, the news media, other advocacy groups, even testifying before Congress, suing the county, and writing a book — all to bring a serial drunk driver who had been living in the country illegally before a judge, in what should have been a routine criminal alien case.

Sadly, this is not a rare incident. ICE knows of at least 10,000 cases of illegal aliens who have been released by sanctuary policies who were subsequently arrested for new crimes. Some were documented in my 2015 report, based on an ICE FOIA request: “Rejecting Detainers, Endangering Communities”. Sanctuary jurisdictions across the nation are mapped and monitored here: “Map: Sanctuary Cities, Counties, and States”.

The Biden administration has implemented what amounts to a national sanctuary policy for all but the most serious offenders, enabling most criminal aliens to remain here in defiance of our laws. Deportations of criminal aliens who came to ICE’s attention after a local arrest, like Saul Chavez, have declined more than 70 percent under Biden policies, according to ICE records (see “Interior Immigration Enforcement Decline Under Biden: State and Local Statistics”).

It remains to be seen if Cook County will try to hold Chavez, now the definition of a flight risk and a recidivist, accountable for his actions, or if they will continue to prioritize shielding criminal aliens over justice for victims.

Congress should honor the memory of Dennis McCann and reward the advocacy of his brother Brian McCann by penalizing sanctuary jurisdictions — such as by blocking certain federal funding — and compelling the president to remove criminal aliens, whether or not local politicians agree.