In a new Backgrounder, I explain some ways that the Biden administration might expand immigration from Central America without the politically awkward TV images of caravans of illegal immigrants being waved across the border. The revival and expansion of approaches such as the Central American Minors (CAM) program and the Protection Transfer Arrangement (PTA) is made more likely by the recent announcement that Katie Tobin, "an expert on asylum seekers and refugees", will be joining Biden's National Security Council as "senior director for transborder security". 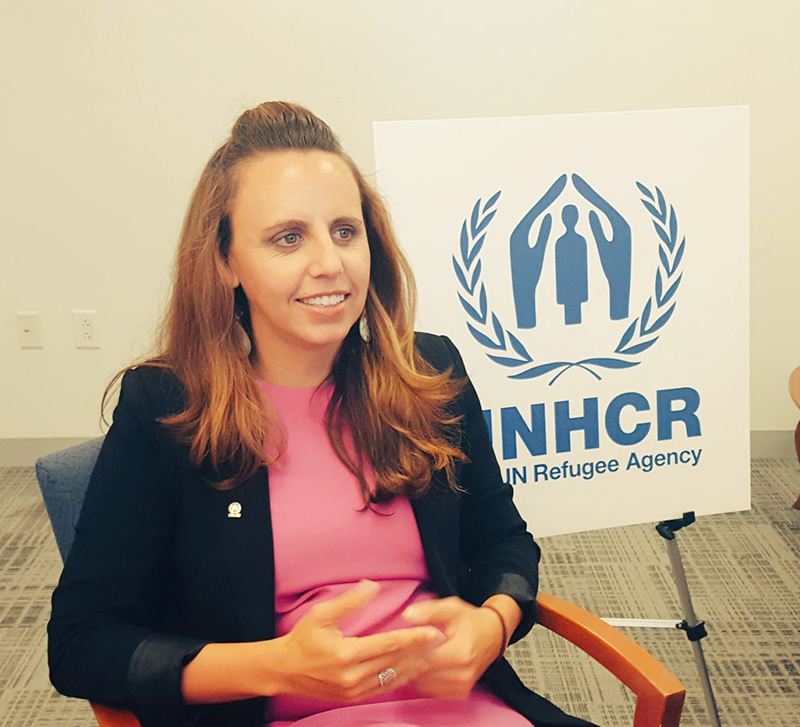 Tobin, who is currently based in Washington as the "external relations officer" for the UN High Commissioner for Refugees (UNHCR), served as the UN refugee agency's "head of office" in the Central American nation of Belize from 2015 to 2016. In 2016, she spoke to Channel 5 Belize about PTA:

It is something that UNHCR proposed to the government of Belize [Costa Rica, not Belize, finally agreed to it]. It's a new initiative, part of UNHCR regional strategy, something we're really excited about, it's an innovative mechanism that will hopefully save lives for some of the most vulnerable people in the Northern Triangle, people that are facing severe persecutions, their lives are at risk but they're not able to access protection in their country, for instance in El Salvador, Honduras … . And so we're looking to be able to transfer them out of their country for temporary stay in Belize while they will be processed for resettlement in a third country, countries like the United States and potentially Canada. So, UNHCR is really excited about this program because like I said we think it'll save lives.

Tobin's expertise is wide: As an "immigration associate" for a law office in Chicago, she "[p]rovided legal representation to individuals and families in a variety of immigration matters, including affirmative and defensive asylum, cancellation of removal and other forms of removal defense, U visa and VAWA petitions." While in that position, she "served in various roles in the Chicago Chapter of the American Immigration Lawyers Association (AILA), including co-chair of the Advocacy Committee; panel speaker on U.S. refugee policy at the AILA Annual Conference; [and] committee member for the AILA Chicago Chapter Asylum Committee and Advocacy Committee."

During the Obama administration, she worked as a refugee officer for U.S. Citizenship and Immigration Services (USCIS), where she "[a]djudicated refugee resettlement claims in various countries on behalf of the U.S. Government; Researched and drafted reports on refugee and asylum policy at USCIS Headquarters; [and] Conducted credible fear interviews aboard U.S. Coast Guard cutters in the Gulf of Mexico."

She also worked for the Department of Justice as a judicial law clerk, where she "[c]onducted legal analysis and drafted final decisions on asylum, cancellation of removal and other immigration cases for six Immigration Judges."

In 2006, she worked as a legal fellow with the Senate Judiciary Committee's Subcommittee on Immigration, Border Security, and Refugees, where she "[a]ssisted judiciary counsel under the Offices of Senator Edward Kennedy and Senator Richard Durbin to prepare legislative proposals, including the Comprehensive Immigration Reform Act of 2006, the Military Commissions Act of 2006, and the DREAM Act of 2006 and the Voting Rights Act Reauthorization and Amendments Act of 2006."

As an "immigrant/refugee caseworker" (2004-2005), she "[c]ompleted a year of service with an organization that provides shelter and assistance to immigrants and refugees on the US/Mexican border."

With an appointee with such a background (and many others, already in place or to follow), the new Biden administration is set to reshuffle most (if not every) refugee/asylum policy his predecessor put in place.