The purpose of refugee policy is primarily humanitarian, and policymakers need to determine how best to help refugees given limited resources and possible disruption to host nations. However, advocates for expanding the number of refugees admitted to the United States have lately portrayed their position as a win-win — not only is refugee resettlement a moral imperative, it is also in our nation's economic self-interest! Last fall, a leaked (and apparently unfinished) report from the Department Health and Human Services claimed that refugees pay more in taxes than they receive in services. A less comprehensive NBER working paper came to the same conclusion last summer.

Both papers neglect substantial costs that invalidate their conclusions. (For details, see the links above.) More fundamentally, both implicitly assume that today's refugees are just like yesterday's. In the 20th century, the United States took in several groups of higher-skill refugees — for example, Cubans after Castro's takeover, South Vietnamese after the fall of Saigon, Soviet dissidents in the 1980s, Eastern Europeans in the 1990s, and so on. Today, refugees come mainly from less developed parts of the Middle East, Africa, and South Asia.

Some sobering data can be found in the 2016 report from the Office of Refugee Resettlement (ORR), which covers arrivals between fiscal years 2011 and 2015: 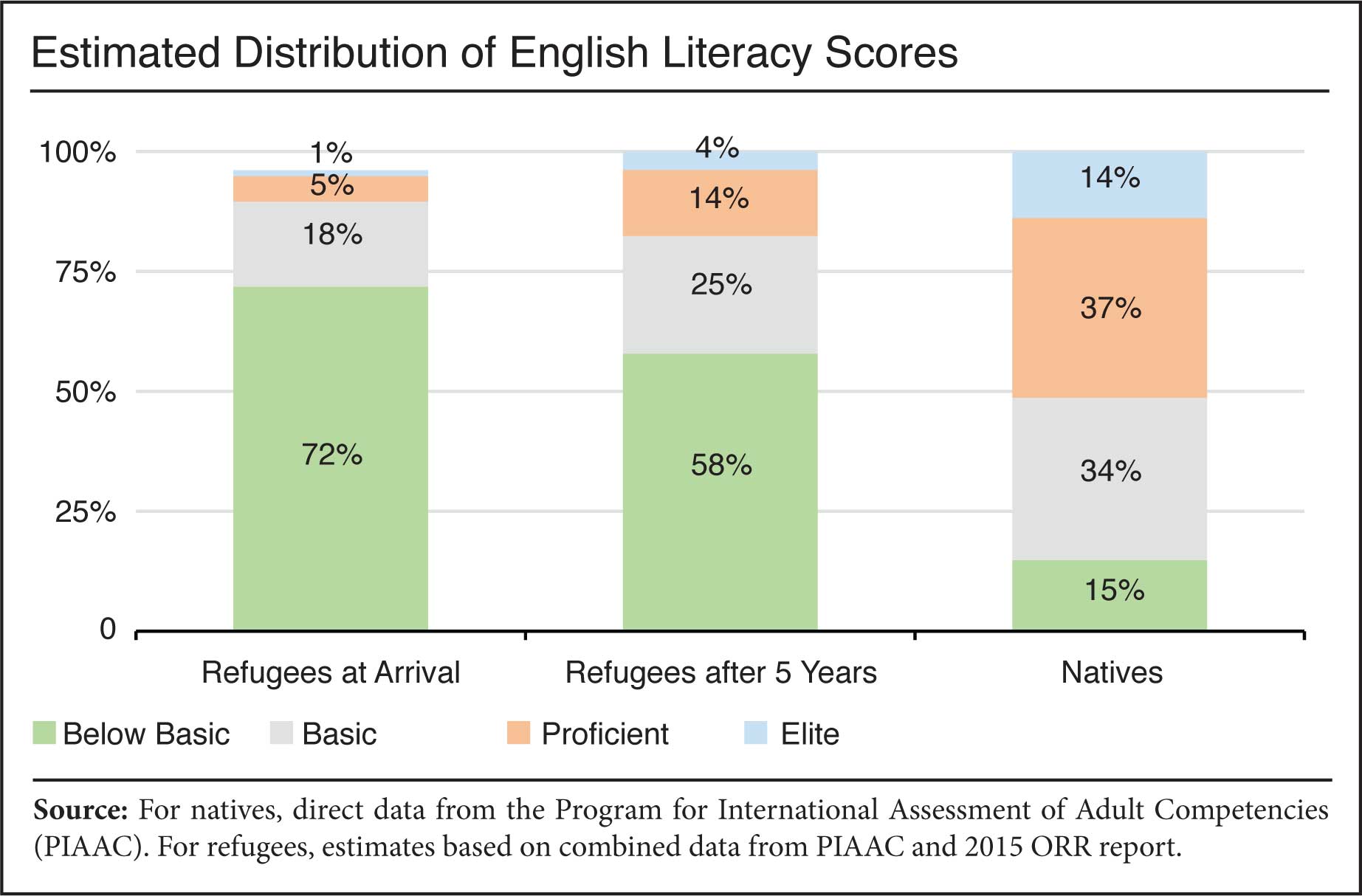 Under the U.S. government's progressive taxation and spending structure, high-earning Americans tend to receive less in public benefits and services than they pay in taxes, while lower earners receive benefits that exceed the taxes they contribute. Given their low education levels and high rates of welfare use, today's refugees cannot be net fiscal contributors by any plausible analysis.

Of course, the United States accepts refugees primarily for humanitarian reasons, not for economic ones. The fact that refugees are a fiscal drain should not by itself determine refugee policy. However, we should be careful not to fall for starry-eyed promises that everyone is better off when refugee numbers increase. There are real trade-offs at stake here, and policymakers should be up front about them.