Jason Richwine, PhD, is a public policy analyst based in Washington, D.C., and a contributing writer at National Review. 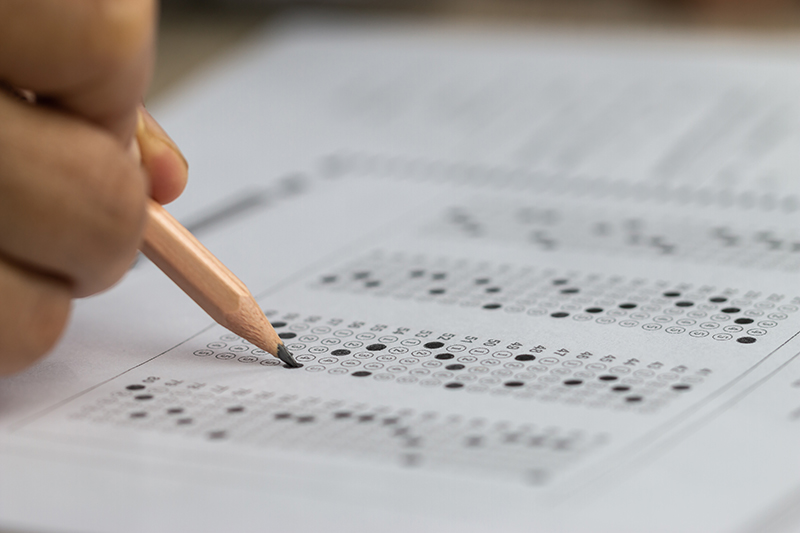 When the results of international achievement tests periodically hit the news in the United States, the country-by-country rankings receive most of the attention. However, the scores of demographic subgroups within the United States should be just as interesting, since achievement is hardly uniform throughout the nation. In fact, if treated as separate "countries" for the sake of analysis, various U.S. subgroups would span the international rankings from top to bottom.

This report examines how immigrants in the United States perform on international tests, with comparisons both to native-born Americans and to the broader Organization for Economic Cooperation and Development (OECD). The results indicate that the United States has failed to bring the achievement level of low-skill immigrants and their children up to parity with other Americans. Continued low-skill immigration is likely to exacerbate the challenges already faced by the U.S. school system.

This report shows how U.S. subgroups perform on international test batteries known as PIRLS, TIMSS, PISA, and PIAAC. Two tables are provided for each test. The "A" table intersperses the scores of U.S. subgroups on a ranked list of OECD countries. For example, Table 1A shows that second-generation immigrants in the United States score between Austria (18th overall) and Germany (19th overall) on the PIRLS. The "B" table is a consolidated version of the "A" table. It shows only U.S. subgroups and gives each an OECD rank as if it were its own country. For example, Table 1B shows that the foreign-born population in the United States would rank 26th in the OECD if treated as a separate country when taking the PIRLS.

The subgroup ranks in the "B" table are calculated as if each subgroup were added to the country list by itself, not together with other subgroups. For example, Table 1B shows that both Asian-Americans and white Americans would rank first among OECD countries on the PIRLS. This means that if Asian-Americans are the only subgroup that counts as its own OECD country, they would rank first. If instead white Americans were the only subgroup treated as a country, they would also rank first.

The "B" table adds additional information about score differences in the d column, which will be of interest primarily to researchers with some background in educational measurement. It refers to the difference in standard deviations between each subgroup score and the overall U.S. score.1

U.S. subgroups are identified to the extent that the sample size allows. Hispanic-Americans are a large enough group that their scores can be separated by generation on most of the tests. Asian-Americans, however, are not numerous enough to separate by nativity. In fact, in the case of the PISA tests, scores for Asians are not reported at all due to low precision — in this case, a standard error above 10.

All scores are sourced from the National Center for Education Statistics, using the most recent test administrations for which full data is available.2 The tests were administered in English in the United States and translated as needed in foreign countries. Finally, although some non-OECD countries participated in each test, this report is limited to OECD countries to ensure quality in test administration and greater consistency in the rankings.3

As the tables below indicate, U.S. performance varies depending on the subject matter and the age of the test-takers. Generally speaking, U.S. students tend to perform better in reading than in math, and their scores slip relative to the rest of the OECD as they age. Despite the variance across tests, however, a clear pattern emerges in the performance of immigrants vs. the native-born: Immigrants as a group always score lower. For example, on the PISA reading test, Americans who are native-born would rank 14th among the 36 participating OECD countries, while foreign-born Americans would rank 33rd.

Due to learning English and attending U.S. schools from a young age, second-generation immigrants generally catch up to the rest of the native-born. However, the catch-up disguises a score gap between immigrant groups. Asian-Americans (mostly higher-skill immigrants and their children) score well above U.S. natives as a whole. In contrast, second-generation Hispanics (the children of mostly lower-skill immigrants) continue to score below average, as do third-plus generation Hispanics.4

Immigrants and native-born Americans clearly do not have identical skill sets, and they do not become identical simply by virtue of acculturation. The U.S. educational system has struggled with persistent achievement gaps among subgroups, and continuing to accept a large share of adults with low levels of education is likely to make that challenge even more difficult. If the United States wants to improve the achievement level of future immigrants and their children, it should implement a selection system that better emphasizes skills.

The Progress in International Reading Literacy Study (PIRLS) was administered to fourth-graders in 2016.

The Trends in International Mathematics and Science Study (TIMSS) was administered to fourth- and eighth-graders in 2015.

The Program for International Student Assessment (PISA) tested 15-year-olds on reading, math, and science in 2015.

The Program for the International Assessment of Adult Competencies (PIAAC) tested people ages 16 to 65 on literacy and numeracy in 2012, with supplemental U.S. testing in 2014.

2 The International Data Explorer maintained by NCES provides most of the relevant scores for countries and U.S. subgroups. Public-use microdata (available at the NCES site) supplemented the analysis.

4 Because the surveys do not contain information on grandparents' countries of birth, defining the Hispanic third-plus generation relies on respondents volunteering their Hispanic ethnicity. If the most assimilated third-generation Hispanic-Americans no longer identify as Hispanic, the people designated as the third-plus generation may actually be a lower-achieving subset of the real third generation. However, other datasets that do contain grandparent birthplace information also show the third-generation lagging behind. See Jason Richwine, "Grandchildren of Low-Skill Immigrants Have Lagging Education and Earnings", Center for Immigration Studies, November 13, 2018.