A brief examination of relevant statutes and due process protections both pre- and post-H.R. 4996

Dan Cadman is a fellow at the Center for Immigration Studies. 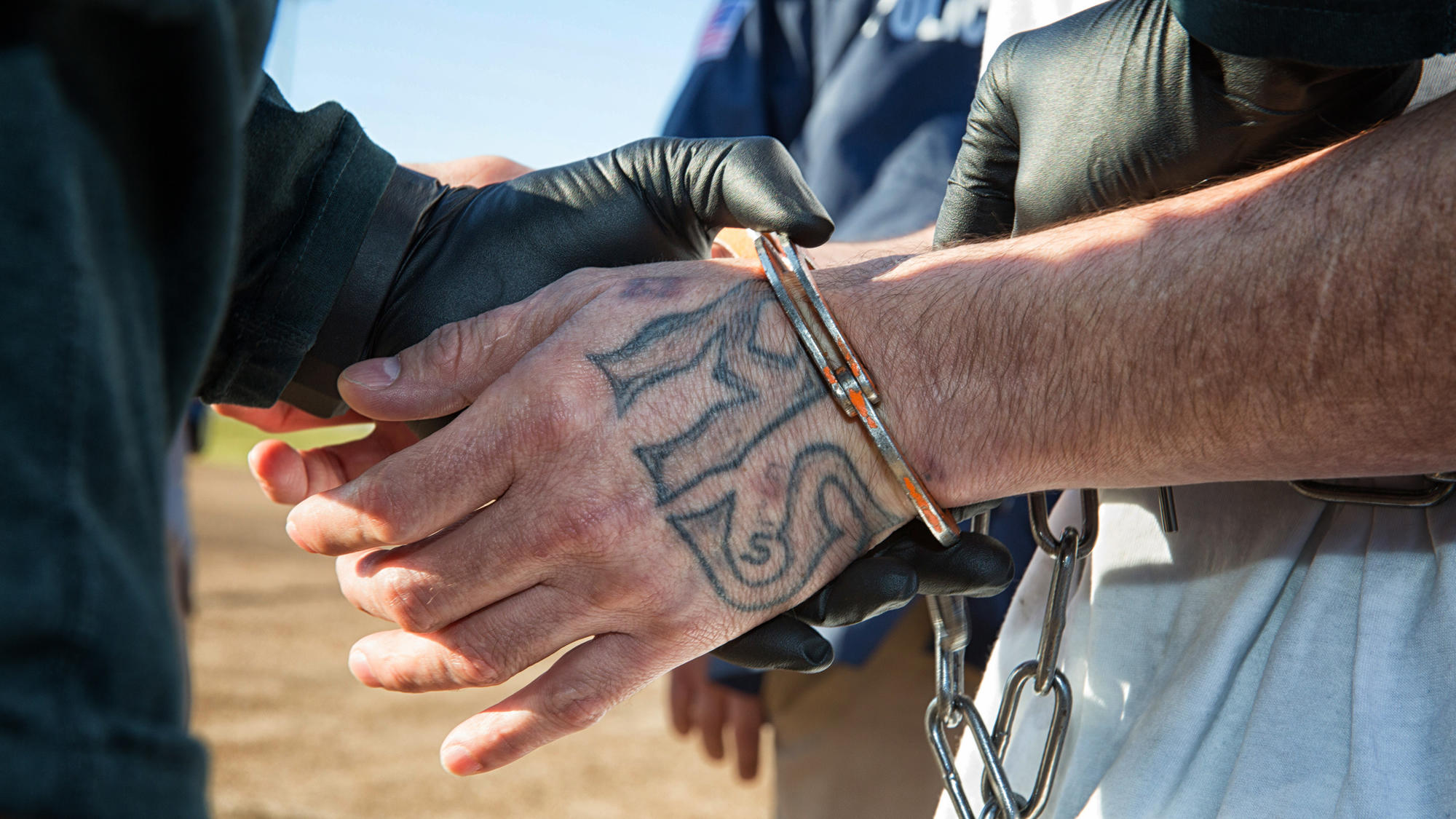 Rep. Lee Zeldin of New York's First Congressional District, which encompasses the eastern portion of Long Island, has introduced a bill into the House of Representatives, H.R. 4996,1 that is designed to counter the scourge of membership in criminal organizations.2

This is particularly important to his congressional district, which in recent years has experienced explosive growth of transnational gangs — as have many other communities — particularly the notoriously violent Mara Salvatrucha, also known as MS-13, whose membership consists in significant measure of nationals of El Salvador, Honduras, and, to a lesser extent, Guatemala.3

MS-13 has been so successful in embedding itself in the fabric of American communities that some of its members are now resident aliens and naturalized citizens. They have managed to do so by obscuring their gang affiliations and by having the great good fortune never to have been convicted of a crime.

The importance of acquiring legal immigration status, and ultimately citizenship, to foreign gang members cannot be overstated — it is a prime goal for all of them. The further they superficially "assimilate" into society, the more difficult it is to apprehend and ultimately deport them back to countries where they are considerably less likely to achieve the power, status, and wealth that attends to being physically present in the United States, even though the means to this power and wealth is through crime, corruption, extortion, fear, and violence, within and beyond the immigrant communities where they hide. Thus, while anti-gang enforcement is imperative, so are efforts to preclude gang members from accruing or bestowing immigration benefits or citizenship.

Rep. Zeldin's bill would establish a significant basis for using the nation's immigration laws to combat MS-13 and other transnational organizations, without regard to their nationalities of origin or membership. This is an important and long overdue measure: If the immigration laws cannot be used to help disrupt and ultimately destroy such criminal organizations, root and branch, then an invaluable law enforcement tool has been left on the shelf, to the detriment of the communities suffering under their yoke. The bill uses immigration law by:

Means of Denaturalization and Due Process Safeguards

The bill has raised important questions as to whether the procedures and standards applicable to denaturalization would be adequate to protect an individual's rights under the law. There is ample reason to assert that they would.

There are two statutory mechanisms by which an individual may be stripped of his citizenship, and it is relevant to note that in either case the proceedings occur under the jurisdiction, authority, and oversight of the U.S. district courts.

Criminal Denaturalization. The first method is by criminal conviction under the applicable statute, 18 U.S.C. Section 1425.4 As with all criminal charges, to obtain a conviction in U.S. district court, the burden is on the prosecuting assistant U.S. attorney to prove the charge "beyond a reasonable doubt". This is the highest standard of proof required under U.S. law. The statute is relevant when an individual withholds evidence of a material fact that would have resulted in denial of naturalization had it been known; for example, when the applicant conceals that he was previously convicted of a crime.

A less common but equally valid reason for filing a criminal charge under this section is because the naturalization applicant withheld his membership in a designated foreign terrorist organization, as defined in Section 219 of the INA.5 Such organizations include al Qaeda and ISIS, among many others. This example is apropos to the discussion of using the criminal denaturalization charge against gang members. The prosecuting attorney must prove beyond a reasonable doubt that the individual is or was a member, associate, or affiliate of (or provided material support to) the terrorist or criminal organization, in addition to establishing that this information was concealed in order to preempt an appropriate inquiry by the designated naturalization examiner. Membership in a gang would have to be concealed for the applicant to receive naturalization because gang members and their associates, affiliates, and supporters would otherwise be found not to possess the good moral character required to obtain citizenship.

Note that a conviction under this section of law automatically triggers denaturalization, as provided by INA Section 340(e), whose provisions are more fully described below.

Civil Denaturalization. The other method by which an individual may be denaturalized is via civil proceedings conducted under Section 340 of the INA.6 This section of law specifically assigns such cases to the U.S. Attorney's Office for a determination as to whether to file a civil complaint before the U.S. district court of jurisdiction. Furthermore, policies outlined in the U.S. Attorney's Manual make clear that U.S. Attorney's offices are obliged to submit cases for review to the Office of Immigration Litigation (OIL) at Department of Justice headquarters, prior to filing of a complaint.7 Thus, there are a number of procedural safeguards in place to ensure the adequacy of a case even before the first step is taken in a court of law.

In some cases, even where the evidence is strong enough to contemplate the filing of criminal denaturalization charges, U.S. Attorney's offices, in consultation with OIL, may opt for strategic or tactical reasons to file a civil action instead. Nothing bars this course of action.

Despite the civil nature of proceedings under INA Section 340, the standard of proof is extraordinarily high. The Supreme Court has held that in such proceedings the government must prove its claims through "clear, unequivocal and convincing" evidence. This may not quite rise to the level of "beyond a reasonable doubt", but it is significantly higher than the standards used in many other civil cases, such as "substantial evidence" (the lowest); or a "preponderance of the evidence" (also known as the "51 percent or higher evidentiary rule").8

The extraordinarily high civil standard applied is consistent with the Supreme Court's view that "A denaturalization suit is not a criminal proceeding. But neither is it an ordinary civil action since it involves an important adjudication of status."9

As with criminal denaturalizations, the government must show, under subsection (a) of Section 340, that there has been concealment of material evidence (for instance, membership in organizations opposed to the Constitution or good order of the United States) in order to civilly revoke citizenship.

However, subsection (c) also prospectively provides that becoming a member of certain proscribed organizations within five years of naturalization serves as prima facie proof of ineligibility for citizenship by evidencing a lack of attachment to the Constitution and good order of the United States. Rep. Zeldin's bill amends subsection (c) by changing the prospective bar from five years to 10, and additionally adding a new paragraph that relates specifically to past or present membership in criminal gangs.

Even with the new language introduced by Rep. Zeldin's bill, it is important to understand that the burden remains with the government to prove — "beyond a reasonable doubt" in criminal cases, and by "clear, unequivocal and convincing" evidence in civil cases — that the individual so charged was, is, or has become within 10 years a member, associate, affiliate, or supporter of a criminal gang, or has provided such a gang material support, and has materially withheld that information from the government.

It is also worth noting that there is ample case law as to what constitutes "material support" in the post-9/11 criminal law context, because of the many individuals who have been charged with providing material support to terrorist organizations, and whose convictions have been examined and sustained on appeal through the federal courts. Thus, use of the phrase in either the criminal or civil context of denaturalizating criminal gang members is unlikely to pose an obstacle owing to legal ambiguity.

In sum, existing statutes, case precedents, and policy guidelines provide ample assurance that any individual who is charged under the criminal or civil laws relating to denaturalization will be afforded an abundant measure of due process consistent with constitutional and legal protections.

5 Section 219 of the INA, "Designation of foreign terrorist organizations", codified at 8 U.S.C. Section 1189.