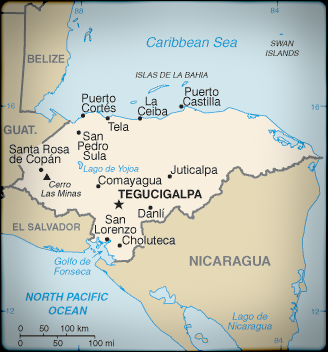 In the past six months, the government of Honduras has implemented a wave of border security measures to prevent migrants from entering.

Authorities have focused on monitoring the Guasaule River; the river is often used as a passage point for migrants.

Honduran Minister of Security Julian Pacheco said progress had been made to reduce migration: "With the creation of FPCM on the southern border of the country and the implementation of a financial penalty for those who illegally enter, the flow of migrants has been adequately controlled."

The improved security efforts have reportedly reduced illegal migration to Honduras by 62 percent, compared to the data from 2018 and 2019.

Director of Border Police Julian Hernandez commented on Honduras' enhanced security: "Since the fortification of the shared border with Nicaragua, six months ago, special attention has been placed to unauthorized points. In coordination with intelligence agencies, we are doing a risk profile assessment on the border region, to prevent entry of people who do not meet immigration requirements."

Similar to Honduras, Nicaragua is used as a transit country for migrants to pass through and continue traveling north to the United States.

Cubans, Haitians, Nicaraguans, and Congolese have been the primary nationalities of those apprehended in Honduras in 2019. Migrants from Bangladesh, Eritrea, and Pakistan were also detained. Recently, Honduran authorities received information that an unknown number of U.S.-bound Haitians in a neighboring country are seeking to enter Honduras by any means necessary.

According to the National Migration Institute of Honduras, a total of 9,248 migrants were apprehended last year. The table below shows the main nationalities apprehended in 2019: