But less so than in an earlier proposal, which was fought by employers 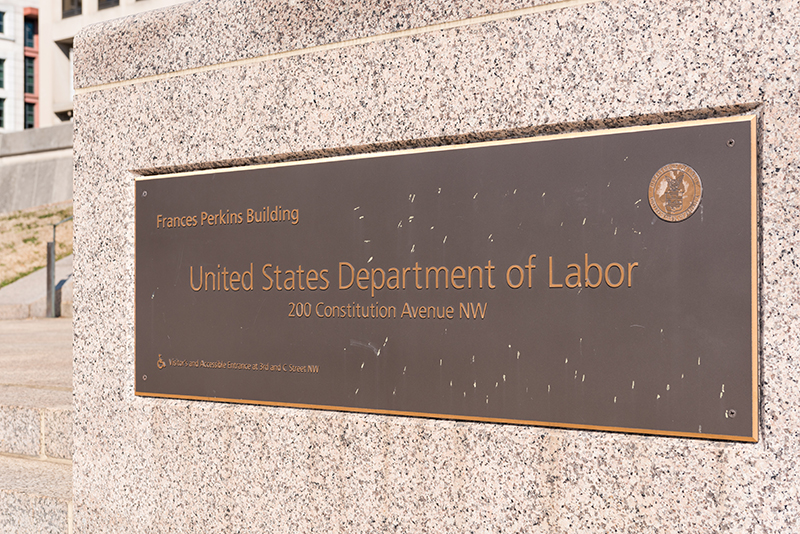 With about a week left in the Trump administration, the U.S. Department of Labor has issued a final rule that would lift wages in the H-1B program, but not as much as it had proposed earlier, according to an article in Law360 and a DoL press release.

An earlier version of the proposed wage hikes for H-1B workers, mostly in the high-tech field, was rejected by three federal judges reacting to industry complaints; this time, the imposition of the higher wages will take longer, and the wage levels will not rise as much as previously proposed. Further, this is a final rule, issued only after a sustained review process, which makes it more likely to shake off court suits filed on procedures, rather than on substance.

Any increases in the wage levels in this program will make at least some industry executives wonder about the utility of the program, and they might even consider hiring more American workers than foreign ones. Though there may be more optimism than realism in that last sentence.

The new rule is a massive one, stretching to 247 pages in its current near-final draft format. A final version will be published soon in the Federal Register.

The new Biden administration will have a chance to amend or withdraw the new ruling, but since it raises wages for currently exploited workers, I suspect it will stay in place.

There's an interesting precedent in this field that I have not seen mentioned in print. As the Obama administration was saying goodbye, just about four years ago, it proposed a lengthy and largely appropriate overhaul of the EB-5 (immigrant investor program). It proposed a tighter definition of the areas in which these investments could take place, and raised the then-outdated minimum investment of $500,000 to $900,000. (Such an investment produces a family-sized set of green cards for the investor's family, even though none of the aliens involved would have been able to secure a green card otherwise.)

While the Trump in-laws (the Kushners) had made wide use of the EB-5 program, and thus the administration had no built-in tendencies to support this (or other) Obama proposals, it was eventually adopted by the Trump administration. May the same thing happen to this one!

The way wages for current H-1Bs will be raised is complex and relates to the concept of "prevailing wages". These are determined by surveys, both public and private, of how much people in highly specific occupational categories earn. H-1B workers can be hired at four different levels of these prevailing wages, with the rate based on the level of the worker's skills. In the current practice, employers are allowed to hire H-1B workers for as little as the wages paid to the 17th percentile of the workers in a given category. (This is a point on a range of salaries, not a percentage of a given salary.)

The earlier proposal set the minimum at the 45th percentile; the most recent proposal dropped that to the 35th.

We discussed the earlier proposal at the time.

America's citizen (and green-card) high-tech workers, many of whom are in danger of losing their jobs because of high-tech's preference for exploitable foreign workers, did not shine in the regulation-review process. Although many of them, perhaps most, are college graduates, and most are presumably registered voters, they apparently failed to make a number of meaningful comments in the policy review process, though all were eligible to do so. According to the previously cited Law360 article:

The department acknowledged in the new filing that the majority of individuals who commented on the prior rule had opposed the change and warned the higher wage levels would negatively impact the U.S. economy, including by hurting small businesses and nonprofits who can't afford to pay such high salaries. [Emphasis added.]

Are there more endangered citizen workers than exploitative employers? Of course there are, but mostly they remained silent, and the once powerful AFL-CIO seems to have made no impact on the situation, though it presumably supported the new rule.

What the nation needs is — to recall the not-so-distant past — a John L. Lewis (late president of the mine workers) or a Walter Reuther (late president of the autoworkers) to organize American programmers and fight for their rights. The latter is such a currently obscure reference that my spell-check system, devised by the current set of technical workers, rejects the spelling of Reuther's name – an ominous sign of the times.