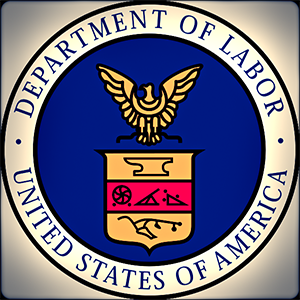 While both documents have excellent discussions of the nature of the H-1B program's problems, Labor (disclosure: one of my alma maters) used numbers to bring real reform, while DHS employed words to describe a proposed tightening of the administration of the program in a way that will bring some more order to it, and some new costs to employers, but will not produce — according to the text — any major changes in the usage of this over-used program.

DoL's new formula for the prevailing wage to be paid to H-1B workers will raise the costs to employers remarkably, which will, one hopes, cause fewer H-1Bs to be hired and the creation of some jobs for citizen and green card workers.

DHS's tightening of its definition of specialty workers (those getting H-1B visas) and of the terms of the rental of some H-1B workers by staffing companies (the Indian outsourcers that use more than a third of all H-1B visas), and the provision that the latter must seek visa extensions every year, instead of every third year, will create some headaches for some of the employers, but will probably not reduce the size of the program. It will also create some more fees for USCIS, which is having serious financial problems.

I wrote earlier that the outsourcing firms would take a heavy hit from the new DHS rules. I now feel that while the bulk of the new DHS reform is addressed to these bodyshops, it will not have as much of an impact as I had sensed earlier. Maybe the senior administration officials who conducted last week's briefing announcing the rule changes have something more drastic in mind than what one can parse from the actual text.

What the new rules propose are, in essence, more careful definitions of some of the terms and conditions of employment, and a more careful vetting of the applications before the agency. This is all very commendable, but the new rule provides hidden data that suggests that USCIS's ability to do a more careful job in adjudication is rather limited. This is shown by the remarkable increase in approvals of initial H-1B petitions in the year 2019, which can be seen in the table below. In the prior year, USCIS was approving only 54.2 percent of the initial applications, but in 2019 that rate went up to 88.4 percent.

The government document shows the raw numbers in columns two and three of our table, but the telling percentages are not shown; we had to calculate them.

If the staff gives a go-ahead to 88 percent of the applications when the rules are relatively simple, can it be expected to be more discerning if the rules get more complex?

While the alarming increase in approval rates is largely hidden, the document is generally thorough and open about many of the ongoing problems with H-1B. For example, the differential fraud rates in the H-1B program attributable to the staffing companies, as opposed to other employers, is noted in the document:

Further, DHS analyzed the results of the compliance reviews from FY16-FY19 and found that the noncompliance rate for petitioners who indicated the beneficiary works at an off-site or third-party location is much higher compared to worksites where the beneficiary does not work off-site (21.7 percent versus 9.9 percent, respectively).

On the other hand, all too much of the new regs read like this:

USCIS considered alternatives for defining the term "employer[,]" including revising the current regulatory definition to delete and replace the disjunctive "or" with "and[,]" or listing the common law factors verbatim from existing case law. USCIS declined to simply delete and replace the disjunctive "or[,]" and otherwise retain the current regulation, as it fails to provide the same level of clarification and guidance as the new definition listing factors relevant to employer-employee relationship determinations, including those where the beneficiary has an ownership interest in the petitioner.

The text above relates to the tricky question: Can a would-be H-1B worker file an application when he or she is part of the ownership of the firm?

The department understands the problem with the current system, as this shows:

Further, the Department's analysis of the likely effects of H-1B and PERM workers on U.S. workers' wages and job opportunities shows that the existing wage levels are not advancing the purposes of the INA's wage provisions. As explained below, under the existing wage levels, artificially low prevailing wages provide an opportunity for employers to hire and retain foreign workers at wages well below what their U.S. counterparts — meaning U.S. workers in the same labor market, performing similar jobs, and possessing similar levels of education, experience, and responsibility — make, creating an incentive — entirely at odds with the statutory scheme — to prefer foreign workers to U.S. workers.

INA is the Immigration and Nationality Act, and PERM is an in-house DoL term for aliens who have been admitted to the U.S. as workers, and who are now permanent resident aliens, or green card holders.

What DoL proposes to do about the problem is to change the way it calculates the acceptable wage levels for H-1B workers, and to understand this we must wade into a serious weed patch.

As a first step, DoL collects prevailing wage data for various jobs in various H-1B-using industries. It does this for four levels of proficiency in each of these jobs, defined as: Level I "entry level", Level II "qualified", Level III "experienced", and Level IV "fully competent". Most H-1Bs are hired at levels I and II.

Currently, H-1B employers can pay their entry-level workers at the17th percentile of the wage distribution; at the less-used level II it is at the 34th percentile, and at the still less common levels III and IV, it is at the 50th and 67th percentiles. This means that five-sixths of Level I workers are making more than the wage level set for Level I H-1Bs; it also means, to use non-DoL language, that these H-1B workers are a screaming bargain for their employers.

The new regulations move those percentile benchmarks up, respectively, to 45, 62, 78, and 95. The department uses a multi-page explanation of why the new math is more appropriate than the old math.

What will all this cost employers, assuming that they continue with the H-1B program? Using the soft term "transfer" rather than "additional cost", the DoL estimates that "The annualized transfer over the 10-year period is $23.25 billion and $23.5 billion at discount rates of 3 and 7 percent, respectively."

That's billions with a B. That's a whale of a lot of money — every year — and should persuade some H-1B employers to look again at the citizen and green card work force.

Both sets of regulations are interim final rules; both are subject to public comment through November 9. The 44-page DoL document can be seen here and the 48-page DHS document can be seen here. Readers are encouraged to comment on one or both of these documents (click the green "Submit a Formal Comment" button at the top of each). Comments by mail are not being accepted because while Covid-19 might be transmittable by paper, it has not yet learned how to infect electronic messages.

The Department of Labor should be commended for the remarkable steps it proposes; DHS should be chided for not doing more.