Suggestions from a Hard-Pressed User of USCIS Statistics 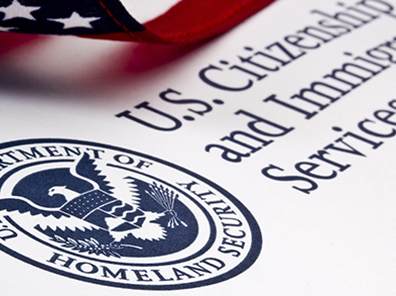 This administration could help those of us who read USCIS statistics. A good example of a statistical presentation that cries out for common-sense revision is USCIS’s ”Number of Service-wide Forms, Fiscal Year to Date”.

Before we get into the specifics of possible improvements, it should be said that this is a valuable document carrying useful information, and it is very important that it continue to be published, but preferably in a less abusive (to our eyes) format.

It has 53 different entries, and eight columns, for a total of 424 cells per quarter. When the same form covers all four quarters, it has a staggering 1,120 cells, all in what looks like agate (very small) type. For the first quarter of 2021, it was on two pages, with the second page full of footnotes, called “references”, and explanations, called “notes”. There are, to add to the confusion, 14 numbered references, which need numbers, and 14 numbered notes, which need not be numbered at all.

The main problem is the difficulty reading the form, because each of the cells carries very small type. A major improvement would come if all the references and notes on the second page used a larger typeface; there is ample room for them. Another major change, allowing for larger type, would be to use the blank space in the first column to make the typeface larger in the second through eighth columns.

To provide more room up and down, in addition to moving the references and notes to the second page, several of the line items should be removed because they lack of significance; perhaps they could be tallied annually in some other form. Reading from top to bottom we have the “Annual Certification of [EB-5] Regional Center” — the current form indicates that is not done anymore, so we have a series of blank cells. The line for “Legalization/SAW” relates to the more than 30-year-old IRCA legalization program and is full of “D”s, the department’s way of saying nine or fewer, in a needless bow to privacy concerns. Similarly, the lines dealing with “Application to File Declaration of Intention”, “Applications to Preserve Residence for Naturalization Purposes”, “Application for Posthumous Citizenship”, and “Medical Certification for Disability Exceptions”, all once used but now largely abandoned, should be dropped, saving six of 53 lines and making all the numbers more readable.

Two other minor suggestions: “Processing Time” should read something like “Processing Time Mo’s” to indicate that we are dealing with months, not days or weeks. Also, in the next to bottom line in the current quarterly table the number of approvals and denials should not be merged, as they are now.

These changes should not consume more than a couple of hours of a technician’s time, they will preserve all the pertinent data, and they will save the eye-sight of the consumers of the information.