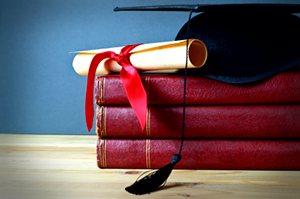 The bad news — that federally subsidized foreign grads of U.S. colleges took 19 percent more jobs from Americans in 2016-2017 than they did the year before — is thoroughly hidden in the latest release of data from the Institute of International Education in New York.

Most of the media coverage, following the IIE’s spin, dealt with a different subject: the 7 percent or so decline in new foreign students this fall, apparently stimulated by worries of potential foreign students about the possible trends of President Trump’s immigration policy.

The IIE, like the government, regards recent foreign graduates of U.S. colleges — workers for employers that get federal subsidies for hiring them rather than Americans — as students, not as foreign workers. And using that forced definition, IIE reported that there was an increase in the total number of foreign students in the U.S. from 1,043,839 the previous academic year to 1,078,822 during 2016-2017, the period covered by the report.

The agency’s policy tilt is proclaimed in the name of this annual publication "Open Doors".

The increase in the number of students covered by this report — about 35,000 — was mostly because there were about 28,000 more OPT workers in the 2016-2017 academic year than in the previous one. These are not students at all; they are the beneficiaries of the rarely discussed Optional Training Program, run by the Department of Homeland Security, whose employers are excused from paying the usual payroll taxes if they hire a foreign grad rather than a domestic one.

The employer saves 7.65 percent of its payroll by hiring the alien grad, a bizarre policy that, so far, the Trump administration has preserved, just as the Obamas did during the prior eight years.

The 175,700 estimate is not the total number of OPTs, which is probably scores of thousands higher, for two reasons. The IIE survey does not cover all the traditional colleges and universities (as it discloses), nor does it touch the scores of thousands of OPT workers coming out of the visa mills, such as the recently closed American College of Commerce and Engineering.

Most of the visa mills, traditionally, have not been included in the annual "Open Doors" reports.