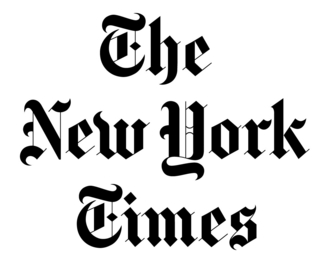 Let's suppose that there are two administration decisions in which tax money is transferred from a congressionally authorized use to another use not authorized by Congress.

Let's further suppose that the New York Times knows about these transfers.

This is not a rhetorical question. Two such transfers were covered by the Times (online on September 5 and in the print edition September 6), in the following manner:

To be fair to the Times, the decision to move some money from DoD to the Wall, is a fairly recent one, while the Optional Practical Training program, the one that subsidizes the corporations that hire recent foreign college grads, rather than citizens or green card holders, is more than a decade old, and one kept alive, in part, by the fact that the media rarely discusses the program and, when it does, almost never mentions the subsidies.

The article that refers to OPT in passing was a report on the acting director of U.S. Citizenship and Immigration Services, a major branch of the Department of Homeland Security, and it was not a friendly one. It said that Kenneth Cuccinelli II was "generally appointing himself spokesman for all things immigration in the Trump Administration."

The two sums involved are a one-time (so far) transfer of $3.6 billion from the Department of Defense to build the Wall, which the Times discussed in detail, and the annual transfer of $3.0 billion or so (our estimate) from the trust funds to the corporations, which the paper did not mention at all.

The paper's single sentence on OPT, which is misleading, was: "Mr. Cuccinelli has emailed Mr. Albence, the acting director of ICE, and other officials at the agency to demand that it turn over authority over a student visa program which Mr. Cuccinelli wants to limit in scope, according to Administration officials."

There are no genuine students in the OPT program, as the system deals only with recent graduates of U.S. colleges and universities who were admitted on foreign student visas. They are allowed to work for one to three years after graduation in the United States while still on their "student" visas and during this time neither the employers nor the graduates have to pay the usual payroll taxes, thus cutting the income to the trust funds by about $3 billion a year. If a graduate studied in one of the STEM fields (science, technology, engineering, or math), the subsidy goes on for three years; otherwise it is for a single year.

One would think that taking billions from the nation's infirm and elderly, as OPT does, might be considered interesting to the media and to foundations writing about the OPT program, but these reports routinely fail to mention the subsidies paid to corporations for choosing alien alums.