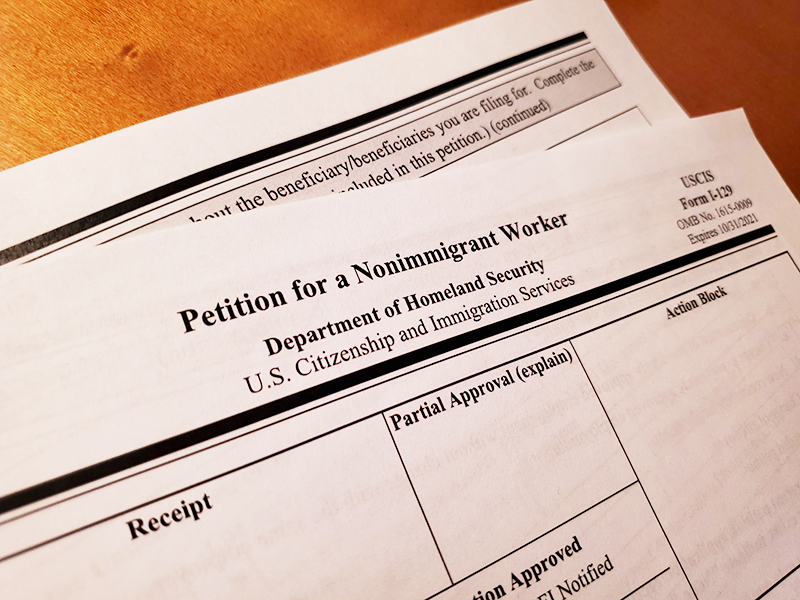 Were the H-1B program a juggler, it would be coping today with at least three more balls in the air: two moves by the Office of Management and Budget (OMB) and one preliminary injunction in the federal courts.

The two OMB actions are helpful to the cause of the restrictionists, while the judge's decision (by a Bush II appointee) is headed in the other direction.

OMB Decisions. According to an article by Law360 (behind a partial paywall), a proposed set of regulations devised by the Department of Homeland Security regarding the structure of the H-1B program will not be reviewed (as is the custom) by the Office of Management and Budget. The new regulations are said to be more strict (and friendly to citizen and green card workers) than the current ones. The non-review by OMB, presumably a result of pressure from the White House, will speed the process, but later might be challenged in court.

There is a similar pattern, according to the article, with a Department of Labor proposal regarding the wages that must be paid in the H-1B program; these are expected to be increased. OMB will not review this proposal either. We reported earlier this year on how the complex, and employer-friendly, wage-setting system in the H-1B program is currently structured.

The Court Case. Judge Jeffrey White, sitting in the Northern District of California, issued a preliminary injunction sought by five employer groups (and their members) to block President Trump's proclamation of June 22, which, in turn, blocked the issuance of new H1-B, H-2B, J-1, and L-1 visas to potential employees of the five groups' members. The non-issuance of such visas was ordered by the White House generally in order to free up jobs for U.S. workers during the Covid-19-caused recession. The government's rationale was an economic one, not that the arrivals of these workers would help spread the virus — maybe the White House should have used both arguments, but it did not.

H-1B visas are for skilled workers (it is largely used in the IT business); H-2B visas go to unskilled, non-ag workers; J-1s are for exchange students, scholars and other workers (including au pairs); and L-1s are for executives of international corporations. All of these visas make it possible for employers to import low-cost (or relatively low-cost) labor, and all take away job opportunities from U.S. workers.

The preliminary injunction, unlike some other court rulings, did not call for a nationwide change in governmental actions, it was restricted to the workers employed by the plaintiffs in the suit. The plaintiffs are the National Association of Manufacturers; the Chamber of Commerce of the United States of America; the National Retail Federation; Technet, an IT association; and Intrax, Inc., a collection of J-1-using, cultural-exchange entities.

The judge's decision to confine his ruling to the members of those five associations will — in my judgment — mean that some of the smaller IT operators, and most of the H-2B employers will not get any benefits because they are not members of the plaintiff organizations — a point I did not see in any of the comments on the ruling.

This will set up a system in which Company A, which happens to be a member of the U.S. Chamber, will get the low-cost foreign workers it wants while its rival, Company B, will not get similar workers, because it has not joined the Chamber. That just might cause Company B to sue, charging it was the victim of pro-Chamber of Commerce discrimination.

The case is National Association of Manufacturers et al v. United States Department of Homeland Security et al and it is case number 4:20-cv-04887 in the PACER system.

Timing of the Impacts of These Decisions. The timing of the impacts of these decisions differs. Unless the government secures a stay of Judge White's ruling, it will cause the immediate re-start of the visa issuance process, which is not an instantaneous one, meaning that over time there will be a renewed flow of nonimmigrants in these four classes working for the members of the five employer groups. Should the judge, after a trial on the merits, change his mind (which strikes me as highly unlikely), the full effect of the June 22 proclamation would be restored, as it would be were his ruling to be reversed by a circuit court.

The decision by OMB to waive its review of the H-1B proposals of both DHS and DoL, means that the proposals can be rolled out more quickly, probably before Election Day.