How Employers Manipulate H-1B Wages, and the Room for More Reform 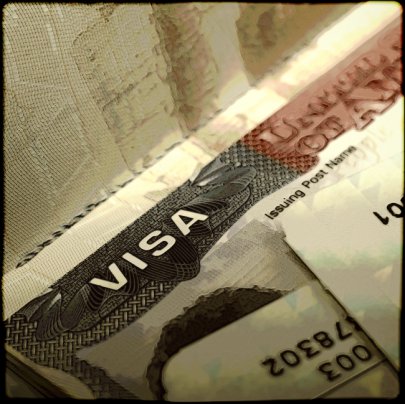 In a splendid report on the inner workings of the H-1B program, Ron Hira of Howard University and Daniel Costa of the Economic Policy Institute have laid out how employers have used overly relaxed government regulation to undercut wages in the industries where the H-1Bs work. H-1B foreign workers are largely college grads, and are heavily used in computer-related jobs.

Forget for a moment the massive discriminations in the program against Americans, against non-residents of India, against women, and against those old codgers over 35 years of age. Forget the fact that people from a single nation — and the young males in the southernmost part of that nation — dominate this program. Forget that this all is happening in the cutting edge of the American economy, IT.

Just focus on the way that industry has managed to outwit the government's (largely feeble) efforts to use wage standards to control the program, efforts that the authors say produce "H-1B wage levels [that] are significantly lower than the local median salaries surveyed for occupations."

Instead of a series of shotgun blasts at all the very real evils of the H-1B program, we are treated to a pure, rifle-shot description of the wage manipulation tactics of the H-1B users.

The Department of Labor laboriously collects lots of prevailing wage data by metro areas, by industry, and by occupation. It then divides its findings in a (frankly) odd manner; workers in Level 1 are to be paid at the 17th percentile; in Level 2, at the 34 percentile; in Level 3, at the 50th percentile; and in the rarely used Level 4, at the 67th percentile. Another 9 percent of the workers are paid according to other, non-governmental surveys; I suspect I know what that sub-arrangement is, but will ignore it in this posting; it is a ploy used less frequently now than in the recent past. (See the authors' Table 1.)

The Labor Department characterizes the levels as:

Since the industry rarely hires more than 10 percent of its H-1B workers at the highest level, would it be fair to say that the employers, as a group, far from seeking the best and the brightest, have a work force that, by their own standards, is 90 percent "not fully competent"?

As the authors write more soberly:

[H-1B] employers have four wage levels to choose from: They may pay the Level 1 "entry-level" prevailing wage, which DOL sets at the 17th percentile of wages surveyed for the occupation in the local area. This is clearly the bottom of the distribution, with 83% of workers in that occupation being paid more than the Level 1 H-1B worker. Employers may also opt to pay the Level 2 wage, which is at the 34th percentile. The Level 3 wage is at the 50th percentile — the median wage — and Level 4 is at the 67th percentile, the only wage level that is higher than the median. While the wage level is intended to correspond to the H-1B worker's education and experience, in practice the employer gets to choose the wage level and the government doesn't verify that a prevailing wage is appropriate unless a lawsuit or a complaint is filed by a worker. Such complaints are unlikely since it would require an H-1B worker to blow the whistle on their own employer, the same employer that controls the H-1B worker's immigration status and ability to remain in the United States.

Employers, in other words, may pay workers at one of these four levels, but are not required to distribute their positions to match the pay distribution. In one particularly exploitative year, 2009-2010, the authors found that 54 percent of the positions were squeezed into the bottom layer, with all being paid at the lowest possible wage. (See Table 1 in the report.)

This is the key finding of this research — while the government could demand that the wage distribution of H-1 B employers has to reflect that of the market, the government has not made any such requirement, but has — worse in my eyes — deployed a complex prevailing wage system that by its very name suggests that employers are paying the prevailing wage when only a few do so.

The savings for employers are impressive, as the authors show in their Table 2; D.C.-area employers in a recent year were securing Level 1 workers at a whopping $41,746 a year discount over paying the median wage, while obtaining lesser discounts for their other workers.

This whole business of how to calculate the appropriate wages for H-1B workers is so devilishly complex that it is rarely described — as this article does with skill — and the complexities, as is usually the case, are helpful to employers.

The bottom line of the Hira/Costa piece is that H-1B employers, including both the big content employers, like MicroSoft, as well as the big outsourcers, are saving a bundle when they ignore available U.S. workers and hire from the H-1B system.

Four Comments on the Article

Numbers. While I find this article to be both persuasive and important, I disagree with the authors on the size of the program. They write that "nearly 500,000 migrant workers are employed in the United States in H-1B status." Following that is a footnote referencing work done by Costa years earlier in which he estimated the H-1B worker population at 460,749 for the year 2013.

He was kind enough to talk with me about his proposed estimate at the time, and I said I thought it was a bit on the on the low side for 2013. Since then there have been six more rounds of H-1B issuances of new H-1B approvals, probably 100,000 or so a year, and I suspect that most of those workers are still with us. I would place the total number before the virus struck as closer to one million; it has slipped a bit since.

There is an annual ceiling of 85,000 on the number of new H-1B visas, usually admitted for three-year-periods, for commercial users of these workers. Then there are unlimited additional admissions of H-1Bs for universities and non-profit entities, easily another 10,000 or 15,000 a year. Extensions of these visas used to come with ease, but the Trump administration has been stricter on this point with the passage of time.

Changes in Wage Patterns. Hira has pointed out the overuse of the Level 1 hiring rate over the years, as have other critics of the program. To some extent, the industry must have been listening, and has moved up the ladder a bit. As the authors show, in their Table 1, while 54 percent of hirees were at Level 1 in the 2009-2010 period, that was down to 14 percent in FY 2019. In that year, however, fully 60 percent were being hired in the lowest two levels, when one might expect that only a third of the workers would be at those wage levels.

The cheating, thus has become a little less drastic and a little more sophisticated.

The Persistent Allure of Low Wages. Despite the fact that many Level 1 wage situations are no longer with us, and the government has become less of a rubber stamp in this program, year after year, the industry keeps filing for more H-1Bs than the ceilings allow.

This suggests: 1) that the program continues to be very attractive to both the big Silicon Valley firms as well as their allies, the Indian outsourcing companies; and 2) that a substantial amount of reform can be absorbed by these employers before they would do the unthinkable and start hiring more Americans.

All else being equal, one would create four wage levels as follows:

This would give you two wage levels below the median and two above. It would be fair and it would appear to be fair.

But the problem — for the employers — would be those lower limits. They would have to pay their most junior people at the 20th percentile, and their other juniors at the 40th percentile.

I may be totally wrong about the creation of this formula, and have seen nothing in writing about it, but it fits within a broader picture of tilting the complex rules in foreign worker programs to please employers.

The current sequence may look odd from a mathematical or common sense point of view, but it certainly makes employers happy.