Biden Administration Accidentally Does Something Useful in the Migration Business 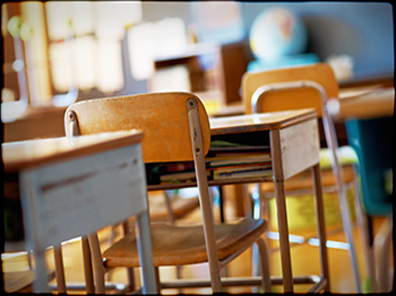 The Biden administration has, totally by accident, done something useful in the immigration policy business — and the Washington Post’s account, typical for the media, ignores the migration aspects of the move.

What the administration has done, at the Department of Education deputy under secretary level, is to take a step to put out of business a controversial accreditation agency long known for having low standards when judging colleges, including those known for giving visas and work permits to all aliens who apply, but giving the “students” very little education.

The entity involved is the Washington-based Accrediting Council for Independent Colleges and Schools, which went through this process about five years ago, but was saved by the intervention of the then-Secretary of Education, Betsy DeVos, a well-known advocate of for-profit schools and colleges. There are some 60 mostly for-profit schools with ACICS accreditation, a small number compared to half a dozen years ago.

ACICS has appealed the decision of Deputy Under Secretary Jordan Matsudaira to new Secretary of Education Miguel Cardona; if that fails, as I expect it will, the 60 entities now operating with ACICS approval will be given some time to find a new accreditor, or to operate without any accreditation, which is possible in some states.

The Post article, without mentioning the matter of foreign students, spoke of the lax standards in college accreditation in South Dakota, as we did years ago about the failed attempt of the discredited University of Northern Virginia to move to that state, as well as the various misadventures of Fairfax University of Virginia, formerly Virginia International University, also a subject of our reporting.

What got the paper’s attention was another issue: “[Various entities] have accused the ACICS of letting schools under investigation for fraud or with rock-bottom graduation rates receive millions of dollars in federal loans and grants, putting students and taxpayers at risk.”

These are valid points, but I would place “tens of” or maybe “scores of” before “millions”.