The Ambrose, N.D., Port of Entry Had Zero Admissions in February

But is staffed eight hours a day, seven days a week 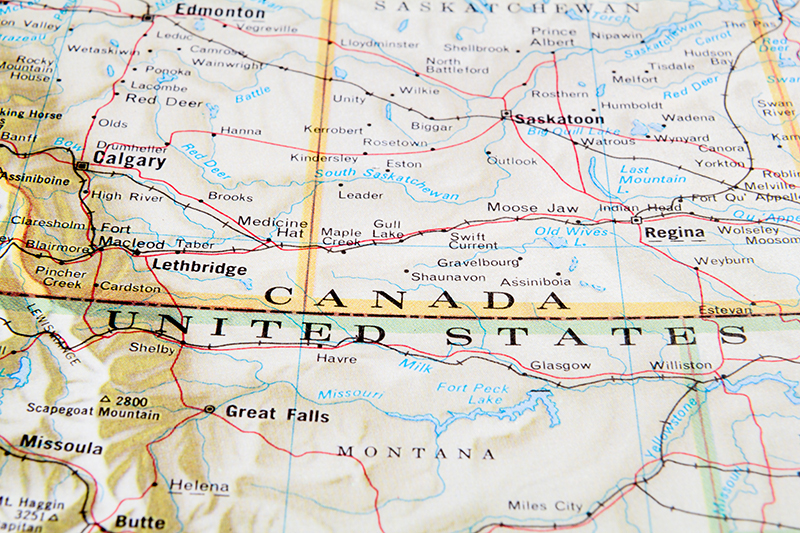 As an extreme example of the waste of money and skilled personnel on the northern border during February, not a single person was inspected at the Ambrose, N.D., port of entry, yet the port was staffed eight hours a day, seven days a week.

Was a single inspector on duty for those 28 days, or were there two of them? That’s a question that Homeland Security will not answer on the laughable grounds of “national security”.

In 14 other ports, there were fewer than two inspections a day, on average, during January, February, and March. The locations (moving from east to west) included one in Minnesota, six in North Dakota, five in Montana, and three in Washington State. In several other ports, the number of persons inspected fell below 60 in one or two months, but they had more than that in another month. Had we used a slightly looser definition, the list of near-empty ports would have been substantially longer.

Meanwhile, there is a desperate need for more immigration officers on the southern border as surging numbers of Central Americans, including unaccompanied minors, seek entry.

As we noted earlier, the stiff Canadian rules on quarantine have almost shut down traffic both ways over our northern border, but instead of sending inspectors south to help their colleagues, the U.S. has, for the most part, simply done nothing with this valuable human resource. And we are not talking about inexperienced staff — one needs to have substantial seniority to land one of those assignments on the northern border.

Let’s return to the port at Ambrose. If you google Ambrose, you will learn that it is “a city in Divide County, North Dakota. The population was 26 at the 2010 census.”

The tiny town lies about three miles south of the port of entry, which saw six people in cars arriving from Canada in January, none in February, then two in March. There is another port of entry, Fortuna, about 15 miles to the west.

In order to cope with these eight inspections, CBP devoted either 90 or 180 person-days to the task, depending on the staffing levels. We earlier calculated staffing costs, assuming no overtime, at about $500 per inspector per day, and so the cost of inspecting the eight arrivals at Ambrose would be

if one inspector were on duty, and twice that, $11,250, if two were working. Unit costs at the other 14 ports — all of which had more traffic — were lower, but still extravagant.

The Biden administration, despite the expected opposition of the inspectors’ union, should move at least some of these nearly idle inspectors to help cope with the surge at the southern border, even if it means transferring some of the staff from the inspections part of Customs and Border Protection to the Border Patrol. Alternately, it could save money by simply closing some of these ports temporarily, or moving to four-hour days, as is the case in Danville, Wash.

The Public Relations Angle. The Department of Transportation, perhaps at the behest of the Department of Homeland Security, is now issuing these data only quarterly, rather than monthly as DoT used to do. One wonders if this is an attempt to avoid criticism, or at least prompt criticism of the patterns we have just described.

These data became available late last week. Meanwhile — maybe a coincidence — CBP issued a press release on Friday, April 23, announcing that seven of its ports in Montana and Idaho “will continue to operate ... at reduced hours through May 21.”

In the same release it said that the port at Wild Horse, Mont., will “delay resumption of [longer] summer hours.”

CBP provided none of the data shown in our table in their release. It is clearly a topic that they do not want discussed.