Democrat went from favoring low levels of immigration to supporting mass amnesty during his time in the U.S. Senate 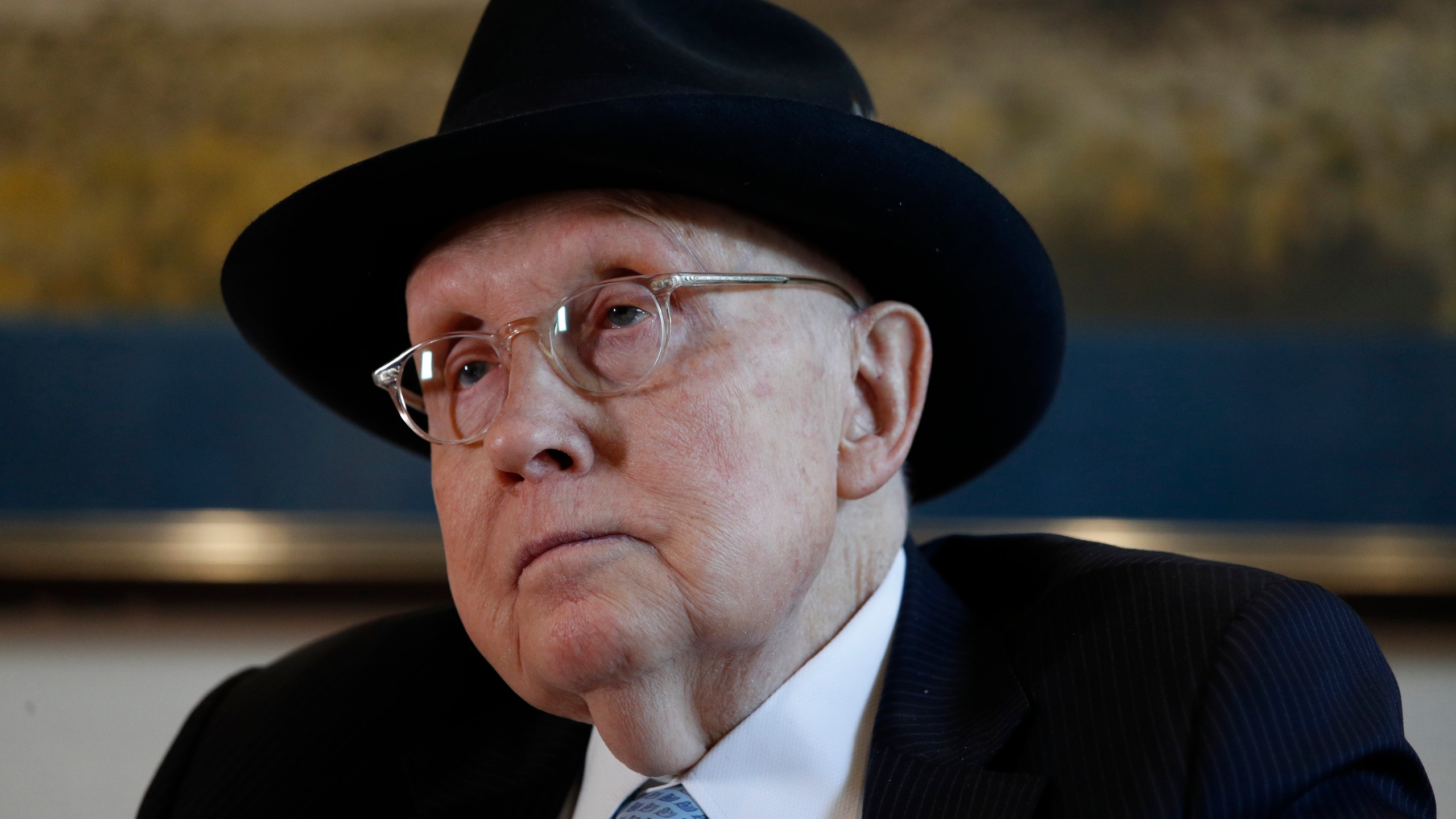 Former Senate Majority Leader Harry Reid (D-Nev.) passed away on December 28 after a multi-year battle with pancreatic cancer. Reid served two terms in the U.S. House of Representatives (1983-1986) and then the next 30 years (1987-2017) in U.S. Senate, including being majority leader from 2007 to 2015. As is customary for someone of Reid’s stature, he will be lying in state in the Capitol today, January 12, for his former colleagues to pay their respects. Typically, there would also be a public viewing but that has been called off because of Covid-19 concerns.

Reid was famously known for being a former boxer and son of a miner, who brilliantly wielded power with a sharp tongue and determination. Much of the legislative accomplishments that Democrats enjoyed during Barack Obama’s presidency can be attributed to Reid’s ability to whip the vote to get the bill to the president’s desk for signature.

Less known is that Reid began his political career as an immigration hawk who voted against President Ronald Reagan’s 1986 amnesty. Reid began to find his voice on immigration in 1993 after Democrat Bill Clinton defeated incumbent Republican President George H.W. Bush. That year, he introduced the Immigration Stabilization Act, which according to the bill summary was intended to “curb criminal activity by aliens, to defend against acts of international terrorism, to protect American workers from unfair labor competition, and to relieve pressure on public services by strengthening border security and stabilizing immigration into the United States.”

This bill would have reduced legal immigration by two-thirds (from one million to around 325,000 per year), capped refugees at 50,000 per year, and protected taxpayers through a robust definition of public charge to ensure aliens are self-sufficient. The bill also would have bolstered border security, streamlined the removal process, and prevented asylum abuse. And the bill would have clarified that the 14th Amendment does not bestow birthright citizenship to the children born in the country to illegal aliens.

The same year, Reid gave a powerful speech on the Senate floor blasting the practice of birthright citizenship. “If making it easy to be an illegal alien isn’t enough, how about offering a reward for being an illegal immigrant,” Reid said. “No sane country would do that, right? Think again. If you break our laws by entering this [country] without permission and give birth to a child, we reward that child with U.S. citizenship — a guarantee of full access to public and social services that this society provides. Is it any wonder that two-thirds of babies born at taxpayer expense at county-run hospitals in Los Angeles are born to illegal alien mothers?,” Reid concluded.

Reid expounded on the importance of his bill in a 1994 Los Angeles Times op-ed, that easily could be mistaken as a 2016 Donald Trump campaign missive. In the op-ed, Reid comes out swinging with the first sentence reading, “The federal government has been grossly irresponsible in its neglect of mounting immigration problems, even as these problems place unbearable burdens on states like California.” Emphasizing the economic harm of high levels of immigration, Reid declared, “Taxpayers simply cannot continue to sustain new populations the size of San Diego or the state of Nevada every year. ... Unprecedented demands are being placed on job markets, schools, hospitals, police, social safety nets, infrastructure and natural resources. Unlimited new arrivals pressuring these systems threaten to overwhelm them.”

The future majority leader also took direct aim at two talking points that advocates of unlimited immigration continue to use to this day. Regarding the mantra espoused today by corporatist Republicans that “illegal immigration, bad; legal immigration, good”, Reid states, “But many lawmakers feel that lowering legal immigration is too dicey. This is a cop-out.” And to the oft-touted allegation that immigration restrictions are rooted in animus, Reid dismissed that saying, “Opponents of immigration reform cry racism or point toward our historic role as a nation of immigrants. Charges of racial bias are unfounded.”

Reid’s bill went nowhere in the 103rd Congress and while Congress subsequently passed the Personal Responsibility and Work Opportunity Act (PRWORA) and the Illegal Immigration Reform and Immigrant Responsibility Act (IIRIRA) in 1996 neither of those bills cut legal immigration or ended birthright citizenship.

By George W. Bush’s second term, Reid made a policy 180-degree turn on immigration and backed the Republican president’s amnesty effort. During the 110th Congress, a number of mass amnesty bills were introduced, including Reid putting his name to S. 1348, the Comprehensive Immigration Reform Act of 2007. This effort failed thanks to bipartisan opposition, including labor-minded Democrats and an Independent socialist from Vermont named Bernie Sanders, who caucuses with the Democrats.

But the political winds on the left continued to shift during the Obama years with the advocates of unlimited immigration extremely vocal in their frustration that amnesty was not delivered early in Obama’s first term when Democrats controlled Congress, including a filibuster-proof majority in the Senate, as well as the White House. Obama tried to appease this base by unlawfully creating DACA ahead of re-election and, after successfully defeating Republican Mitt Romney, the Democrats went all-in on a new amnesty push in 2013. While Chuck Schumer (D-N.Y.) and Marco Rubio (R-Fla.) were the face of the “Gang of Eight” bill, Reid managed to get the bill passed through the Senate with unanimous Democratic support, including those senators who opposed the Bush amnesty, namely Bernie Sanders, as well as supposedly moderate West Virginia Sen. Joe Manchin.

Today, elected Democrats are unanimously in favor of mass amnesty, increasing legal immigration, and opposing any form of border security or interior enforcement. In an article detailing Reid’s legacy upon his death, the New York Times implied that Reid only changed his views on immigration because he perceived supporting amnesty as a prerequisite to climbing the ranks of the Democrats after the turn of the 21st century. As framed by the Times, “Mr. Reid took decidedly conservative stances early in his career, notably opposing abortion and looser immigration laws. But his positions shifted as the demographics of his state changed, and he eventually became a champion of [illegal aliens].”

Put another way, Reid did not come across new information that refuted his mid-1990s views on immigration and how it impacts Americans; instead, Democratic powerbrokers staked a claim on amnesty to enlarge their Hispanic voting bloc. The same political calculus appears to be the driver behind the flip-flop by Bernie Sanders, who just two years after voting for the mass amnesty bill called open borders a Koch brothers proposal. Subsequent to his 2013 vote, Sanders sought the Democratic presidential nomination in 2016 and 2020 despite not officially being registered as a party member.

With President Biden’s failure to secure the border during his first year in office leading to plummeting approval numbers, my colleague Andrew Arthur wonders whether there will be a pivot in immigration policies. That does not appear likely, despite recent departures from the administration of the most steadfast of amnesty supporters. But a potential rebuke from voters in the 2022 midterms may spur the political necessity to tone down the immigration expansionist policies should Biden be serious about trying to be re-elected in 2024.