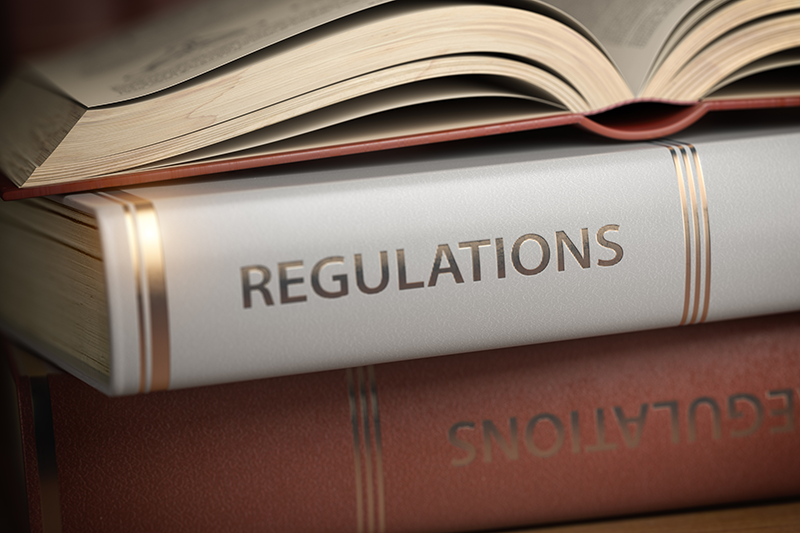 During President Trump's term, his administration implemented robust regulatory reforms that enhanced the integrity of the immigration system and protected American workers. Within the Department of Homeland Security (DHS), U.S. Citizenship and Immigration Services (USCIS) — where I served as policy chief and as a senior policy advisor — was the most successful in navigating the complexities of regulatory development and the Administrative Procedure Act.

Unfortunately, we did not get every regulatory action published in the Federal Register before President Biden's inauguration and the fate of these rules left on the proverbial one-yard line is now in doubt. Consistent with the Biden administration's January 20 memorandum freezing the review of all pending regulatory actions (standard action by a new administration) that the Trump administration was unable to publish in the Federal Register by January 19, DHS subsequently withdrew nine regulatory actions that were under the review of the Office of Information and Regulatory Affairs (OIRA) within the Office of Management and Budget.

OIRA is essentially the regulatory clearinghouse of the executive branch (among other responsibilities), meaning it is the final stage of approval necessary before a proposed or final rule is published in the Federal Register. Regulatory actions that are under OIRA review can be found here.

Within the DHS list of withdrawals are five USCIS regulatory actions — three final rules and two notices of proposed rulemaking (NPRM). In a series of articles, I will make the case for why the Biden administration should finalize these regulations, which reflect sound immigration policy.

First up is the Employment Authorization for Certain Classes of Aliens With Final Orders of Removal final rule. Except for aliens subject to expedited removal under INA 235(b)(1), the process for the government to remove an illegal alien or an alien who violates his or her immigration status is lengthy and costly to U.S. taxpayers. However, once an immigration judge issues a final order of removal, meaning all appeals have been exhausted, the alien definitively has no basis to remain in the country. Unfortunately, DHS is not always able to swiftly repatriate aliens with final orders of removal for several reasons, including the alien's home country unreasonably refusing or delaying the issuance of travel documents.

Here are two simple examples of the difficulties DHS runs into when trying to repatriate aliens. For example, you have a Chinese student lawfully admitted, but who was caught engaging in behavior not permitted under the F-1 nonimmigrant student visa. Despite an immigration judge issuing a final order of removal eight months ago, the People's Republic of China has consistently slow-walked providing the necessary travel documents because that is what the Chinese government does. In another example, you have an illegal alien from Haiti who was caught working unlawfully during an ICE targeted enforcement action. Again, an immigration judge has issued a final order of removal, but Haiti is refusing to accept the alien, making the baseless claim that the alien is not Haitian, despite overwhelming evidence establishing his identity as a Haitian national.

While DHS has the authority to detain aliens with final orders of removal during the removal period established under INA 241(a)(1), the U.S. Supreme Court has ruled that DHS must generally release such aliens from detention if their repatriation cannot be effectuated within a presumptively reasonable six-month period. (See Zadvydas v. Davis, 533 U.S. 678 (2001).) As a result of Zadvydas, DHS data shows that thousands of aliens, including those convicted of aggravated felonies and other serious crimes, are released into U.S. communities. Often, these aliens are released on an order of supervision (OSUP) which contains conditions for release, such as periodic check-ins with ICE, cooperation with U.S. government efforts in obtaining travel documents for them, etc.

As it turns out, the current USCIS practice is to practically rubber-stamp approval for work permits (employment authorization document or EAD) for all aliens on OSUP who apply. This practice is in direct conflict with INA 241(a)(7) , which says that no alien with OSUP may receive work authorization unless "the [DHS secretary] makes a specific finding that (A) the alien cannot be removed due to the refusal of all countries designated by the alien or under this section to receive the alien, or (B) the removal of the alien is otherwise impracticable or contrary to the public interest." Congress set up this statutory scheme with the presumption of no work authorization for aliens with OSUP and only afforded discretionary eligibility under very specific, narrow instances.

To address that rubber-stamping, DHS published a NPRM in November 2020, revising eligibility for a discretionary work permit for aliens who have final orders of removal, but who have been temporarily released from custody on an order of supervision. At the time of publishing the NPRM, then-USCIS Deputy Director for Policy Joseph Edlow said "Authorizing employment benefits to aliens who have already had due process and have been ordered removed by the U.S. government undermines the rule of law and weakens DHS enforcement and removal operations." Edlow added that making this regulatory change "would also remove the economic incentive for these aliens to cooperate in the effort to obtain travel document to return to their home countries."

After considering comments received by the public, USCIS drafted a final rule that mostly incorporated the regulation as proposed. The final rule was cleared by then-USCIS and DHS leadership and formally submitted to OIRA on January 12, 2021. No further action on this regulation occurred before Biden's inauguration. The final rule was withdrawn by the Biden administration on January 26, 2021, for further review.

Finalizing this rule should be a no-brainer upon quick review. Aliens who have received a final order of removal have had extensive due process, but ultimately were determined to have no lawful basis to remain in the country. This is not a sympathetic population and they have all had their day(s) in court. Unfortunately, too many countries interfere with our ability to promptly repatriate these aliens and under Zadvydas cannot be detained indefinitely. Providing these aliens with work permits eliminates any incentive for them to obtain travel documents to leave the country. Worse, it actually rewards them with an open-market EAD, meaning the alien can lawfully work in any job in the U.S. economy despite having no legal basis to remain.

Confused? You're not the only one. As federal judge Drew Tipton just noted in Texas v. Pekoske, "courts have recognized that the public interest is served by the execution of removal orders." Judge Tipton further cited the U.S. Supreme Court's holding in Nken v. Holder, 556 U.S. 418, 436: "There is always a public interest in prompt execution of removal orders." (Emphasis added.) Allowing aliens with final orders of removal to work is contrary to the national interest, undermines judicial resources used to obtain the final order, and introduces unnecessary competition into the labor force.

Biden's DHS team should resubmit this final rule to OIRA for inter-governmental review and prompt publication in the Federal Register.