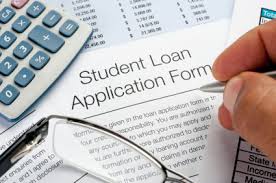 A president is approaching a hotly contested election, and he wants to energize an important part of his base. The move he’s considering has widely been described as illegal, even by supporters, and there’s disagreement within the White House about proceeding. But he does it anyway, enacting through executive fiat, based on a patently absurd reading of the law, a measure that would do nothing to address the underlying problem.

Biden’s college-loan gambit is simply running the play Obama pioneered in his DACA decree, which went into effect ten years ago in August.  At least there’s hope that Republicans will respond more quickly than they did to DACA. The Republican House waited a full year after the DACA decree before it roused itself to pass a resolution denouncing its illegality. After promising to “immediately terminate” DACA on Day One, Trump waited til September to announce an end to the program (more than five years after its enactment), and even then was basically forced into doing so by Jeff Sessions. And it wasn’t til 2018 that Texas and several other states sued to overturn DACA.

Of course, DACA’s still around, and isn’t going anywhere soon, and even Trump wanted to give them green cards (in exchange for a package of reforms, which Paul Ryan sabotaged in 2018). If Biden’s illegal college-loan proclamation is permitted to go into effect, it will be just as permanent as DACA.