On the 5th Anniversary of DACA, Pull the Plug 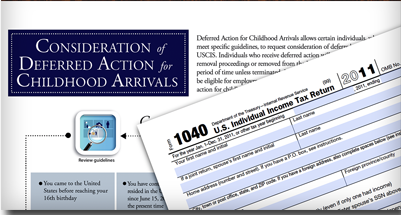 The anti-borders folks will be demonstrating in front of the White House at 11:30 this morning to "defend DACA," even though President Trump chose not to end the program on "day one," as he'd pledged. In fact, not only have renewals continued since January 20, but I estimate that Trump is amnestying 192 additional illegal aliens each day.

It's time to end DACA. Adults who were brought here illegally by their parents at very young ages (toddlers, not teenagers) are indeed good candidates for amnesty – they've grown up here and formed their identities as Americans.  But it's Congress that makes laws, not the president, as President Obama himself pointed out a year before the DACA decree: "for me to simply through executive order ignore those congressional mandates would not conform with my appropriate role as President."

What’s more, as I've been arguing for years, a stand-alone DREAM Act to amnesty them is a non-starter. Yet the imagination of our lawmakers is so limited that Lindsey Graham and Dick Durbin recently introduced yet another freestanding DREAM Act, without bundling in any enforcement measures or legal-immigration offsets.

The anti-borders crowd's real fear is that DACA will be added to the multi-state lawsuit, led by Texas, against DAPA – Obama's even larger lawless amnesty for illegals with U.S.-born children, that never went into effect because it was stopped in the courts. Since the legal pretext used by the Obama administration to justify DACA is identical to DAPA, it could well be that at the next hearing on the lawsuit, coming up in a few weeks, the judge will allow DACA to be swapped in for DAPA (which DHS has rescinded). If that were to happen, DHS Secretary Kelly, now White House Chief of Staff, has said the administration might not be able to defend it in court. (I don't think there's any "might" about it.)

But there's no reason for the White House to wait for the courts. The president has expressed sympathy for the DACAs, a sentiment probably shared by most Americans. But rather than reacting to events, the way to proceed would be to phase out DACA and at the same time propose a legislative compromise. Announce that DACA renewals will only be processed until December 31, after which they will start expiring. (It would take two years for all of them to lapse.) That would light a fire under Congress to pass a package upgrading the DACAs from their lawless Obama amnesty to a genuine lawful one, in exchange for the RAISE Act, the Davis-Oliver Act, and mandatory E-Verify. The Democrats will balk at first, but the clock will be ticking.

But nothing like that can even begin until the demise of DACA. End it today, Mr. President.