'We declined to talk to them' 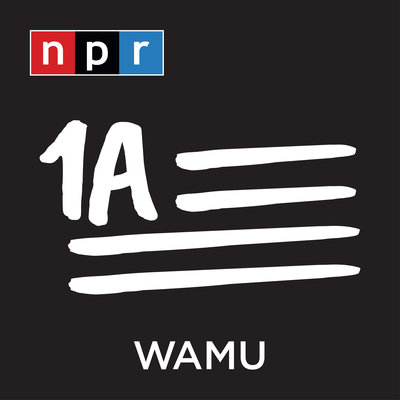 Yesterday, as I listened to a replay of Monday's "1A" program on National Public Radio, host Sasha-Ann Simons made a statement that indicates an ideological virus has infected WAMU, the showcase NPR affiliate in the nation's capital.

We can only hope that her troublesome statement, an unambiguous acknowledgement of the program's decision to invoke cancel culture against the Center for Immigration Studies, will be repudiated by WAMU and by NPR. (Listen to the program here; the relevant portion starts at 17:40.)

The statement came as Simons led a panel discussion of the Trump administration's recent decision – announced as an effort to preserve jobs for Americans at a time of historic levels of unemployment – to suspend issuance of several categories of employment-based "nonimmigrant" (temporary) visas.

Simon prefaced her statement with an attempt to explain away the panel's flagrant ideological tilt. She said 1A had sought participation from defenders of the visa restrictions: White House economic adviser Larry Kudlow, and four Republican Senators: Tom Cotton, Charles Grass, Ted Cruz, and Josh Hawley. All declined, she said, as did two conservative think tanks, the Heritage Foundation and the American Enterprise Institute.

Simons inserted her statement in a question to the Buzzfeed reporter, Hamed Aleaziz, who was honored recently with the American Immigration Lawyers Association's Media Leadership Award. Said Simon. "In your reporting, you quoted a different organization in support of the ban, the Center for Immigration Studies. Can you tell us more about that group and why you included them? And also, explain why media organizations like us here at 1A, why we declined to talk to them." (Emphasis added.)

As I listened, that jaw-dropping statement hung in the air, dark and threatening. I replayed the recording to be sure about what she had said.

Sure enough, the host of a program that WAMU sends out to NPR stations across the country announced that 1A, which is presented as a courageous defender of rigorous discussion of complex national issues (its very name refers to the First Amendment), had made the decision to exclude CIS, an organization whose advocacy for laws that protect American workers has long been cited in news reports. (In fact, CIS has appeared on 1A numerous times, under the prior host, including here, here, here, here, and here, as well as on the national programs "Morning Edition" and "All Things Considered".)

Just last week, for example, the New York Times spoke with the Center's Jessica Vaughan, whose concern about the proliferation of work-visa programs is rooted in her experiences as a State Department consular officer.

Immigration restrictionists who have had the ear of the Trump administration applauded the announcement. Combined with recent measures, "the work visa suspensions will put the thumb on the labor market scale in favor of U.S. workers," said Jessica Vaughan, the policy director at the Center for Immigration Studies, which advocates curbing immigration. "It's really heartening to see the president stand up to the special interests that pull out the stops to lobby for these visa programs," said Ms. Vaughan, who said she had been regularly consulted by White House aides on the issue.

Simons' question to Hamed Aleaziz was a dodge, an evasion of her responsibility to explain 1A's decision to shun CIS. It was a thinly disguised invitation for Aleaziz, the son of Iranian immigrants, to cite the character-assassination attack that the Southern Poverty Law Center launched against CIS by labeling it as an anti-immigrant "hate group." (In my new book, "Losing Control", I write about the McCarthyite mendacity of the SPLC under the leadership of the now-disgraced and defenestrated Morris Dees.)

But Mr. Aleaziz, to his credit, did not accept the invitation to repeat the SPLC's smear. Instead, he noted that CIS has been criticized by advocacy groups. Without citing the SPLC's campaign or its allies in advocacy groups like the Center for American Progress (where Aleaziz once worked) he said, "There is a lot of debate as to whether they [CIS] should be quoted." He added, "They do have their sway" in the Trump administration.

But apparently at 1A, such sway at the White House is to be repudiated. The ideology of immigration restriction is to be shunned. Maybe the ideologues at 1A think they are containing a contagion from CIS. I hope there is enough responsible leadership at WAMU and NPR to prevent them from spreading the truly dangerous disease of cancellation, which threatens to smother debate of a vital national issue.

To be fair to Simons, I should note that she read a message from a listener who was identified as a computer programmer from Dublin, Ohio. "IT professionals in a company used to be highly regarded but are now expendable," because of the foreign workers," he said. "We've lost or are about to lose everything because of H-1B abuses." But that brief acknowledgement paled in comparison to the sympathetic interview with an Indian tech worker whom the new restrictions have prevented from returning to her job in the U.S. after a return trip to her native land.

If 1A had not been so blinded by its ideology, the program could have benefited from an interview with CIS fellow John Miano, a former computer programmer who became a lawyer because he wanted to represent American tech workers displaced by recipients of H-1B visas. In an email this morning Miano observed, "They were able to find an Indian who was inconvenienced by Trump's order but they were unable to find an American whose job was saved. GIVE ME A BREAK." It would be helpful if Simons, whose Twitter account identifies her as a "proud Jamaican-Canadian in the USA", could bring herself and her program to identify more with the American workers whose concerns John Miano seeks to bring to the attention of the American people.

Topics: Media Coverage of the Center for Immigration Studies