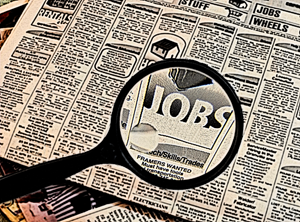 U.S. Citizenship and Immigration Services (USCIS) released new information last week on worker visa programs that included final disclosure data for the 2017 fiscal year that ended on September 30. The disclosure data is useful for extrapolating developments in the program's use. Year-to-year analyses are particularly helpful as they illustrate how the program has grown significantly in recent years.

In July, the Center for Immigration Studies (CIS) released a series of maps that highlight use of H-2B visas in the United States. The H-2B program provides companies with low-skilled temporary workers from foreign countries. Generally these jobs are non-agricultural and do not require special certification. CIS scholars have written on the H-2B guest worker program's effects on Americans, particularly the low educated and poor. Shortly following the publication of the CIS map on H-2B data, I wrote a blog highlighting some of the findings I found the most interesting.

It is important to note that certifications are more a measure of companies' interest in hiring H-2B workers, and not necessarily how many will actually be present in the United States. Certifications are "open spots" that are potentially filled by temporary workers once they acquire the visas. There is currently a cap on the visas — 66,000 per year — that is smaller than the number of certified positions. Nonetheless, the growing number of certifications (and applications) shows that, despite persistent un- and underemployment of Americans, especially those seeking low-skill jobs, many companies in the United States are seeking foreign, temporary workers.

When companies apply for certified positions they have to disclose the salary information of each potential worker, among other information. This information is useful and shows that many of the jobs are not "jobs Americans won't do". In both 2016 and 2017, the average wage paid to H-2B workers was above $13 an hour. Many positions earned upwards of $20 an hour for jobs that required nothing more than a high school education. The difference between 2016 and 2017 was only a slight increase, from $13.03/hour to $13.06/hour

Once again, Texas remained the number-one destination for H-2B certifications, despite fewer workers certified than in 2016. The most notable change was the 70.31 percent drop in Florida's certifications. While still remaining in the top 10, Florida certified 7,955 positions last year, compared to only 4,671 this year.

With the exception of Florida, Texas, and Massachusetts, each of the top 10 states saw significant growth in the number of certifications. This is in line with the nationwide trend of the past few years showing that the number of certified positions has grown or remained relatively constant each year.

While much of the media coverage of H-2Bs has focused on workers in resorts, in fact by far the most common occupational category certified was for landscaping and groundskeeping workers, with 52,918 workers certified, up 15 percent from the 2016's total of 44,981 workers certified. Landscaping positions accounted for 45 percent of all certified spots in 2017.

Fiscal Year 2017 was unique because in mid-July the Department of Homeland Security (DHS) announced that it would allow an additional 15,000 temporary workers to fill spots in the H-2B program. Officials justified this decision because it "provides relief to American businesses in danger of suffering irreparable harm." While businesses did not even use all of the spots, new data shows that an additional 12,384 guestworkers benefited from this "one-time" expansion of the program's cap.

The data released by USCIS shows very little about the expansion other than the guestworkers' country of citizenship, the job categories, and the states in which they worked.

Noticeably, the data in the "Country of Birth" category leaves something to be desired. Out of the 12,384 individuals, there are 10,922 whose country of birth reads as "Missing". This is because "Under law, the H-2B nonimmigrant visa category allows for employers to petition for unnamed beneficiaries. Therefore, country of birth data is missing for some petitions." Mexico makes up the country of majority for the remaining few thousand individuals.

Agricultural workers such as equipment operators and nursery helpers were the most-filled occupation from the cap expansion, followed by laborers, fishermen, and food service workers. Before the cap expansion, only 838 workers of the "agricultural worker" category had been certified; the expansion granted 3,175 additional workers in this field. This is puzzling because many of these workers are better suited as H-2As, the visa category specifically designed for farmworkers. However, the Department of Labor still sometimes certifies these positions as H-2B. Irregularities in the H-2B certification process are not uncommon; in 2017, DOL certified a Systems Programmer position paying $53.12 an hour and requiring a bachelor’s degree.

The two states that requested the most additional workers were Texas and Virginia, which is unsurprising given that they generally apply for large numbers of H-2B workers regularly.

Interestingly, states that applied for few workers in the normal application period received large numbers of H-2Bs under the extension. For instance, employers in Washington State only certified 914 workers in the regular application period — 35th in the country. However, they received 519 additional workers from the July extension. Employers in Nevada, who only applied for 856, making the state 36th in the country, received 416 more H-2B workers.

Despite a small drop in overall certifications, the H-2B guestworker program is as popular as it has ever been. In 2016, companies across the country requested a total of 121,192 workers, up from the 2016 number of 145,302 — an increase of 17 percent. This may indicate that USCIS was more selective in approving petitions than in the past.

While it is encouraging to see more stringent acceptance rates for initial requests, it is clear from the rising application rates that the program remains very popular with employers. This means that there will continue to be considerable pressure on lawmakers to raise the cap on the program to accommodate more and more H-2B workers.