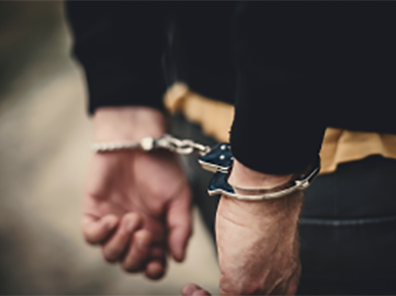 The Center for Immigration Studies can report that an illegal alien, MS-13 gang member-turned murder suspect recently arrested in Maryland was allowed into the country by the Biden administration as an Unaccompanied Alien Child (UAC) early last year. The 17-year-old UAC allegedly strangled 20-year-old Kayla Hamilton to death in July 2022, only months after being released into the United States. While his illegal alien status has been reported, the fact that he entered as a UAC has not been reported until now. According to media reports, Ms. Hamilton was autistic and had recently moved to Aberdeen, Md., with her boyfriend.

The case raises a number of questions, and Congress must obtain a full accounting from the Biden administration officials running the Department of Homeland Security (DHS) and the Department of Health and Human Services (HHS), now that is known that both departments played a role in the release of this dangerous individual.

Was any background check conducted on the UAC, and if so, what did it reveal? At what point did the Executive Branch learn that this individual was connected to MS-13, and was he released into the United States despite his affiliation?

Was the UAC handed off to a sponsor in the United States? If so, who is the sponsor, did they undergo a background check, and what did that background check reveal? Is the sponsor in the United States illegally? Shouldn’t Congress bar illegal aliens from sponsoring UACs? The UAC sponsorship process is severely broken as was revealed in a bipartisan Senate Homeland Security and Governmental Affairs report in 2016. It is worth reading in full: “Protecting Unaccompanied Alien Children from Trafficking and Other Abuses: The Role of the Office of Refugee Resettlement”.

The report illustrated numerous failures by HHS to properly vet sponsors, leading to criminal activity and exploitation. DHS is quick to hand off UACs encountered at the border to HHS, and HHS is quick to hand off the UACs to random individuals wishing to sponsor the children. This lax vetting process resulted in one notable case highlighted in the report where multiple UACs were brought by a sponsor to an Ohio egg farm and exploited for their labor. It was ICE’s Homeland Security Investigations (HSI) that uncovered the exploitation through their worksite enforcement authorities. DHS Secretary Alejandro Mayorkas — who served in DHS for the Obama administration when that case unfolded — nevertheless largely ended ICE’s worksite enforcement operations last year.

Unknown is whether the UAC in the Maryland murder case applied for a Special Immigrant Juvenile green card, whether he has attended any court proceedings, or whether he’s failed to abide by the terms of ICE’s Alternatives to Detention (ATD) program. Congress must create consequences for such activity. For example, Congress could impose a five-year criminal sentence for failure to appear for an immigration court proceeding, or for violations of ATD, and an arrest on such a charge could put individuals like this behind bars before they have a chance to commit crimes of violence.

To what extent did the Biden administration’s decision to exempt UACs from Title 42 play a role in this individual entering the United States? In March 2022, the Biden administration decided UACs are not as much of a risk as other illegal aliens and carved out an exception in Title 42 for countless aliens, stating that “expulsion of unaccompanied non-citizen children is not warranted to protect the public health.” More on that decision, here.

It’s horrible situations like this when Americans need a resource at the federal level that can answer questions about the immigration nexus to their case. It is for this reason that ICE launched the Victims of Immigration Crime Engagement (VOICE) Office in 2017—so that victims can obtain case information only available to ICE instead of learning about the facts of the case through the media. As it stands, the family of Ms. Hamilton will unfortunately learn about the alleged perpetrator, and his immigration history, through this blog and social media due to the fact that the Biden administration shuttered the VOICE Office in 2021.

More on the importance of the VOICE office, including a video showcasing some of the people who have used the office, is available here. One victim explains the difficulties families often go through when victimized by an illegal alien, here: “Advocate for illegal-immigrant crime victims: DHS secretary ‘psychopath’”. The House GOP should require ICE to bring back the VOICE Office this year.

The harmful effects of the Biden administration’s lawless immigration policies will be felt for years, and it’s critical for Congress to restore America’s sovereignty immediately. Congress must also mandate serious consequences for violations of immigration law in order to reverse the damage created by President Biden.