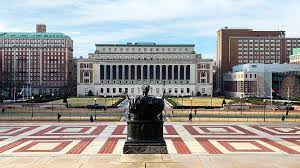 A former high-ranking official at Columbia University has filed a lawsuit against the school after having been fired for allegedly refusing to engage in fraud against the U.S. Department of Homeland Security (DHS) at the request of the school. Specifically, whistleblower Yocasta Brens worked as the top designated school official (DSO) within a Columbia graduate program where her job was to ensure the school was maintaining records of foreign nationals enrolled at Columbia so that information could be properly maintained in the Student and Exchange Visitor Information System (SEVIS), a DHS national security database created in the wake of the terrorist attacks of September 11, 2001.

The implications of this lawsuit are very significant for the future of Columbia University’s foreign student program. In order to enroll foreign students, schools must be certified by a division within U.S. Immigration and Customs Enforcement (ICE) called the Student and Exchange Visitor Program (SEVP). Schools that fail to abide by important national-security-focused regulations may have their certification withdrawn, meaning they will not be able to enroll new foreign students for at least one year.

If the allegations in this lawsuit are true, it is difficult to imagine Columbia maintaining its certification.

The Lawsuit. ICE’s foreign student division relies heavily on DSOs to ensure information on foreign students is properly collected and reported. This information includes, for example, a student’s academic record, identity information like an address, and whether the student is maintaining a full course of study. DSOs are expected to be responsive and to alert ICE if a foreign student fails to adhere to the regulation or is suspended, dismissed, placed on probation, or if the student withdraws from school. These are critical roles created by SEVP’s regulation and the central purpose is to ensure that DHS is able to keep tabs on foreign nationals who enter the country as students or exchange visitors. The list of requirements, filings, and data maintenance DSOs are expected to comply with is quite lengthy (see also here, and here).

According to the lawsuit, Brens and her staff were directed by Columbia University’s leadership to “process immigration documents on behalf of a group of potential students from South Africa without the necessary documentation, including evidence of funding and full-time engagement in a prescribed program, as required by federal regulations.” Brens claims that Columbia’s “Provost, Dean and Vice President for Academic Affairs, Dr. Stephanie J. Rowley, accused Brens of being too ‘inflexible’ in the application of federal regulations.” Brens claims that she and her staff “were frequently asked to ‘bend’ the rules in order to keep the enrollment of international students at a high level” and were directed to “certify that certain international students were enrolled full-time when they were, in fact, not full-time students” and “extend students’ immigration documents when they did not qualify based on federal requirements” and “ignore the lack of English language proficiency.”

Brens alleges that she was fired for pushing back on what she believes is unlawful activity and that she is protected by New York’s whistleblower law, which requires non-profits to have a policy that prevents adverse employment consequences for staff who report any action or suspected action taken by an employer that is “illegal, fraudulent or in violation of any adopted policy”.

Withdrawal of Certification. The national security-related aspect of what is alleged to have taken place cannot be overstated. The foreign student tracking system, SEVIS, exists precisely because DHS needs to know if and when a foreign national fails to maintain full-time enrollment at a school. When that happens, alarm bells go off at ICE because there’s an immediate uncertainty about the alien’s location and intent. If they entered the United States under the pretense of being a student but have something else in mind — whether it’s living and working illegally in the United States or engaging in a terrorist attack — federal law enforcement needs to figure it out quickly and take action.

Under the relevant regulation, “SEVP certification of a school or school system ... will be withdrawn ... if the school or school system is determined to no longer be entitled to certification for any valid and substantive reason.” (Emphasis added.) The phrase “any valid and substantive reason” is broad enough to cover what is alleged to have taken place at Columbia, but the regulation includes a list of examples that constitute a reason for withdrawal, and the first one on the list is failure to keep records where the “student is not pursuing a full course of study”. Another reason includes issuance of Form I-20 “Certificate of Eligibility for Nonimmigrant Student Status” — the central document for all foreign students — “to aliens who will not be enrolled in or carry full courses of study”. There’s also the catch-all reason SEVP will withdraw certification of a school, which reads: “Conduct on the part of a DSO that does not comply with the regulations.” SEVP simply cannot ignore what is alleged to have occurred.

Under the regulations, SEVP has little choice but to serve Columbia with a Notice of Intent to Withdraw (NOIW) if it uncovers any information that may corroborate the allegations. Likely, SEVP will have to do some research of its own, but as soon as they have any “information” that Columbia “may no longer be entitled” to certification, SEVP will issue the notice. SEVP reviews the certification of each school every two years but can review a school at any time in what is called an out-of-cycle review. The regulation explains: “SEVP will initiate an out-of-cycle review and serve the school with an NOIW if SEVP has information that a school or school system may no longer be entitled to SEVP certification prior to the school being due for its two-year recertification.” (Emphasis added.) There is a process and an opportunity for Columbia to respond, and it would effectively launch a deeper fact-finding effort where Columbia could provide evidence to rebut the grounds for withdrawal of certification.

SEVP is fully within its authority to issue a NOIW, and if it turns out the allegations are accurate, fully justified in withdrawing Columbia’s certification to enroll foreign students. Decertification of Columbia would ensure that the school reviews and corrects its internal processes to bring it into compliance with federal law. It is entirely possible that this is happening in other parts of Columbia, not just the graduate program that employed Brens. Decertification of Columbia would also send a strong message to other schools that SEVP is taking its regulations seriously and that schools engaged in unlawful activity will be held accountable. In my experience at ICE, SEVP is too passive, too slow to act, and is failing to adequately protect the program’s integrity. The result has been fraudulent schools, foreign nationals posing as fake students, thousands of foreign nationals in OPT openly lying to DHS about their whereabouts, and top colleges exploiting SEVP’s regulations with little or no repercussion.

If SEVP does not launch a full investigation — which would necessarily include reviewing the case files of all foreign students enrolled through Columbia, interviewing a significant number of students and school officials, and determining whether classes are being attended consistent with regulatory requirements, for example — then other offices, such as DHS’s Office of the Inspector General and relevant congressional committees, will have to get involved.

SEVP’s Integrity. These claims of Columbia University’s DSO strike at the core of SEVP’s mission and raise very serious questions about whether DHS has the capacity to manage all of the schools it has certified to host foreign students. Assuming that these allegations are true, they will have only come to light because of an honest DSO with a strong ethical core and a willingness to sue, rather than as a result of an audit or oversight on the part of SEVP. Additionally, it is likely that this potential security threat is only on SEVP’s radar due to the fact that a reporter at the New York Post decided to write an article on the lawsuit. This is woefully inadequate for a national-security-focused program. It may be that SEVP will have to reduce the number of schools it certifies, conduct more routine check-ins with school officials, conduct audits, and hire more Homeland Security Investigations (HSI) agents to provide an appropriate level of oversight.

Assuming that these allegations are accurate, they raise serious questions about how widespread fraud of this nature is within the schools SEVP has certified. If this is occurring in the Ivy League then it’s hard not to imagine it happening at obscure, low-ranked, poorly managed schools that have received SEVP’s blessing. Less notable schools with smaller numbers of foreign students are less likely to be on the radar of an HSI agent simply as a matter of resources. Of course, SEVP has the ability to raise fees to hire as many agents as needed to provide proper oversight. In fact, a regulation to raise SEVP fees that would, among other things, result in the hiring of HSI special agents who could ensure compliance with the SEVP regulation was initiated under the Trump administration, but SEVP killed that effort (or didn’t fight hard enough to defend it) and revoked the draft regulation within weeks of the Biden administration taking over. (See “Adjusting Program Fees for the Student and Exchange Visitor Program”, here.) Leadership within SEVP, HSI, or the Biden administration are apparently satisfied with the fraud under their watch and don’t think it’s important to increase enforcement and oversight despite the fact that the foreign student program has grown rapidly.

Currently, over 150 HSI special agents are paid for with SEVP fees, and they are obligated to be spending their time focused on the foreign student program. It was made clear to me while at ICE that the 150-plus HSI agents paid for with SEVP fees were not dedicating 100 percent of their hours to SEVP-related matters. In fact, most were not spending any of their work hours focused on foreign students. According my sources, nearly all enforcement work in the foreign student space has stopped, at least in part because of the Biden administration’s non-enforcement guidelines. For example, Operation OPTical Illusion, which is focused on extensive fraud against DHS within the Optional Practical Training (OPT) program, has not been mentioned once by ICE or HSI since the press conference announcing its launch in October 2020. Undoubtedly, thousands of foreign nationals, many from countries of concern, continue to engage in blatant and troubling fraud against DHS with little concern they will be held accountable.

Bottom Line. This case may have very significant implications for SEVP because if the plaintiff DSO is successful in her case against Columbia, it will likely be because the court finds that the plaintiff acted in good faith when reporting suspected fraudulent or illegal activity on the part of Columbia. It will be very difficult for SEVP to ignore a court finding that fraud appears to exist within the foreign student program at Columbia University.

To avoid a finding of this nature, it is likely that Columbia will move to settle with Brens. Columbia undoubtedly does not want any litigation that uncovers information that may prompt SEVP to withdraw Columbia’s authority to enroll foreign students. Considering the risk of litigation and Columbia’s $11 billion endowment, one can surmise that Brens will probably be able to hold out for a very large settlement offer.

SEVP must immediately launch an investigation of Columbia University’s foreign student program. Congress would be wise to follow this closely in light of the significant national security implications.