On the one-year anniversary of the attack on the Boston Marathon, a question that continues to be asked is how two immigrants welcomed into the United States at a relatively young age apparently never assimilated into American culture, and never really accepted the United States as home. On this anniversary, as that question remains unresolved, many members of Congress are working to incorporate illegal aliens into our military. These amnesty advocates have concluded that foreigners who enter the United States by their teenage years are fully American, and consequently not a threat, even though our nation's experience with Boston bombers Tamerlan and Dzhokhar Tsarnaev suggests otherwise. 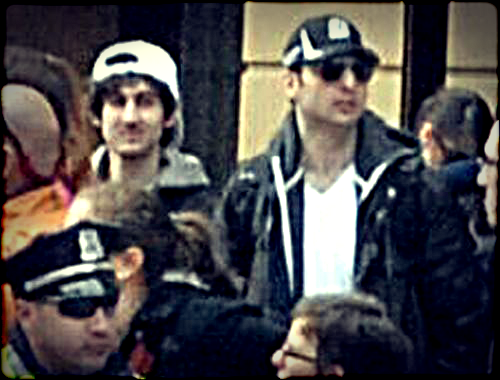 The Tsarnaev brothers lived in the United States for a number of years before attacking Americans. They embraced some topical elements of American culture from Twitter to rap music. But as the Heritage Foundation pointed out last year, the brothers "had mastered the lingo of an American, but not the patriotism that once went along with it." The Heritage article reasons that the United States is focused too heavily on multiculturalism and is failing to teach that assimilation into American society is desirable.

Certainly assimilation is critical if our immigration system is to serve a purpose. If we're not creating Americans, then we're doing nothing more than creating the conditions for balkanization. That's the bigger picture. But in the near term, it is important for politicians to consider the potential repercussions of incorporating unassimilated illegal aliens into our society via amnesty.

It is a troubling thing that our government apparently does not have the capacity to determine whether immigrants to whom it grants citizenship have any allegiance to the United States, considering that some members of Congress are currently working on a way to put illegal aliens into our military. The Military Enlistment Opportunity Act (H.R. 435) and the ENLIST Act (H.R. 2377) would allow illegal aliens who qualify for President Obama's lawless Deferred Action program to obtain permanent residence through military service.

The argument from supporters of these amnesties and similar amnesties is that younger illegal aliens are already assimilated to American culture, having grown up here. But in the case of these amnesties, the only relevant requirement is that applicants must prove they entered by age 15 or 16 (depending on the amnesty). This, the advocates believe, is sufficient evidence to indicate assimilation and allegiance to the United States.

As the Boston Marathon Bombing clearly illustrated, being brought to the United States by one's parents at a young age does not necessarily indicate any type of allegiance to the United States. The younger brother – the one who might be expected to be even more assimilated considering his young age at entry – reportedly wrote on a note found in the boat in which he was hiding that the attack was retribution for U.S. military action in Afghanistan and Iraq, adding "Fuck America".

It is not difficult to imagine how putting illegal aliens from countries the United States is at war with into the U.S. military might cause some problems. So how do the amnesty advocates propose to determine whether such individuals are of no threat to American servicemembers? There has been very little public discussion about whether it is safe to grant access to our military bases to illegal aliens who have already shown disrespect the American government, and the American people. These are individuals who have either evaded our Border Patrol or lied to our visa processors about their intention to return home after a legal, yet temporary stay.

As the Heritage Foundation explains:

They would be required to take an oath to "support and defend the Constitution of the United States" even though they are still technically citizens of other countries. And although there have been non-citizens who have served honorably in the U.S. armed forces in the past, the nation is engaged in a unique type of war today against a non-state actor that cannot be easily identified. Additionally, since very little may be known about these individuals, the risk of recruiting dangerous individuals increases. This risk is amplified by the fact that the promise of backdoor instant citizenship may draw individuals who do not actually believe in the mission of the U.S. military.

The process of assimilating to one's nation and society starts at a very young age, much younger than age 15 or 16. Perhaps there is an argument for amnestying illegal immigrants brought here as infants or toddlers. But every amnesty proposal in recent years, including the new military amnesty proposals, would apply also to people who have already embraced their homeland's language, culture, and values and who have entered on their own volition, knowing full well that what they did is illegal. Before considering any such amnesty proposals, lawmakers need to come up with a way to determine whether amnesty applicants are fully – or at least nearly-fully – assimilated to our nation and its values (perhaps by significantly lowering the age of initial entry requirement).