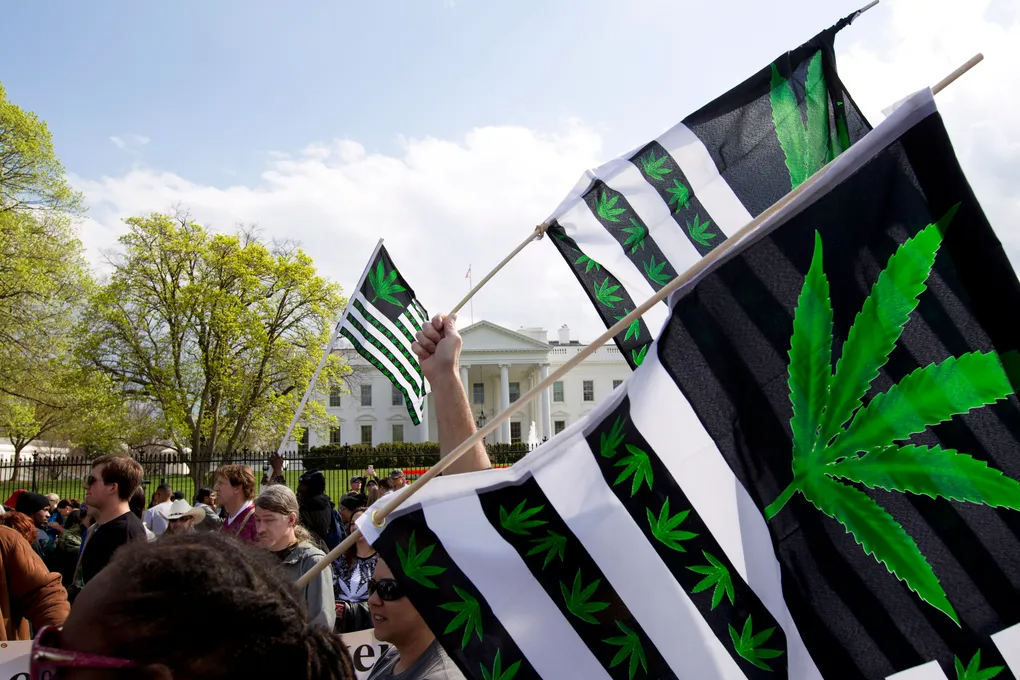 President Biden’s pardon of individuals convicted for simple possession of marijuana (21 U.S.C. 844) is written to apply only to U.S. citizens, legal permeant residents, and other legally present aliens and “does not apply to individuals who were non-citizens not lawfully present in the United States at the time of their offense”. Advocates for illegal aliens are complaining, so it’s important to know the data behind these prosecutions in case the Biden administration starts signaling a plan to expand the scope of this proclamation. Such an expansion will undoubtedly benefit illegal alien drug traffickers.

The USSC explained that the increase in federal sentencing for simple possession of drugs “is almost entirely attributable to a single drug type — marijuana — and to offenders who were arrested at or near the U.S./Mexico border.”

The USSC reviewed the 2,149 marijuana simple possession offenders in 2013 and found that “the vast majority, 91.5 percent, were arrested at or near” the U.S.-Mexico border. As to citizenship of these border-located offenders, the USSC notes that 94.3 percent were not U.S. citizens.

It turns out that these “simple possession” marijuana cases along the border have involved large quantities of drugs. The United States Sentencing Commission explains that simple possession of marijuana offenders arrested at the U.S.-Mexico border “involved a median quantity of 22,000 grams (48.5 pounds or 776.0 ounces).”

In other words, the increase in “simple possession” prosecutions was largely the result of foreign-born drug traffickers carrying about 50 pounds of marijuana to the U.S.-Mexico border and being prosecuted for the lower offense:

Offenders apprehended at or near the U.S./Mexico border were arrested with a substantially greater amount of marijuana than Non-Border offenders — 48.5 pounds compared to 5.2 grams — an amount that does not appear to correspond to the Office of National Drug Control Policy definition of simple possession of drugs. This difference in quantity suggests that the sizable increase in simple possession cases in recent years is the result of marijuana drug trafficking cases in which the offender was sentenced only for a possession offense.

While the U.S.-Mexico border is where the overwhelming number of simple possession marijuana arrests took place — representing 91.5 percent of the problem in 2013 — the second-highest location was military bases at 3.6 percent, with only 77 offenders (more often than not at a secure checkpoint), and thirdly, at national parks at 2.8 percent with 60 offenders.

This USSC report is the most recent multi-year report produced on the subject of simple possession cases, but annual data sets published on the USSC website provide citizenship data for more recent years. It should be noted in the data below that the charge may include drugs other than marijuana, but it appears that marijuana accounts for most of the charges; it should also be noted that the citizenship status of some individuals convicted of this crime is not known and not included in the data:

The significant reduction in convictions in more recent years should be studied in greater detail but likely results from a combination of a more controlled U.S.-Mexico border under the Trump administration, followed by impacts from the pandemic, followed by a reduced interest in prosecuting such cases under the Biden administration.

According to a CNN article, the Biden administration apparently has no plans to file these charges on anyone in the United States, regardless of citizenship:

But a senior administration official on Thursday noted that as a result of Biden’s proclamation, “anyone who has committed that offense could not be prosecuted federally, at this point, based on that conduct.” The official did not make a distinction between citizens and non-citizens.

If CNN’s interpretation of this statement is accurate, then it suggests President Biden’s proclamation reflects the intent to reduce prosecution for simple possession for all people in the United States, including illegal aliens trafficking large amounts of drugs across the U.S.-Mexico border.