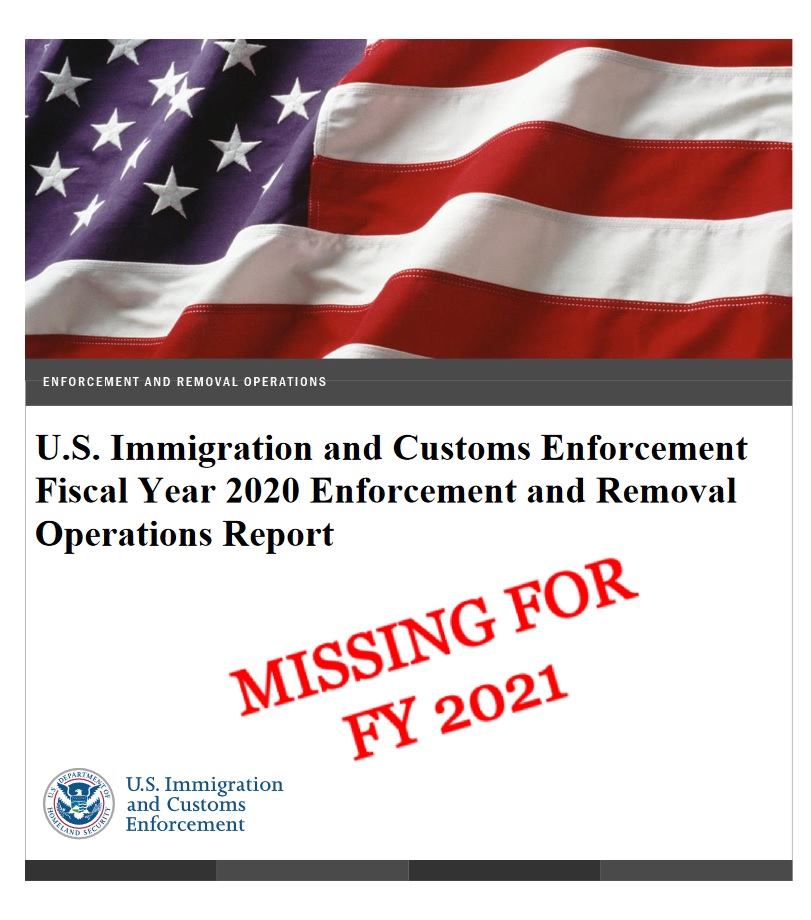 The Biden administration recently allowed U.S. Immigration and Customs Enforcement (ICE) to release a congressionally required report “detailing data from ICE’s broad responsibilities, including its role in counterterrorism; counterproliferation; counternarcotics; the investigation of crimes ranging from customs fraud to human trafficking and child exploitation; and the enforcement of the nation’s immigration laws.” As the agency’s description of the report illustrates, the report is a broad overview of all divisions within ICE, including information ranging from docket management issues within the Office of the Principal Legal Advisor to career development and financial issues within the Management and Administration division.

While this new report includes some immigration enforcement data, the report is not ICE’s comprehensive and detailed Enforcement and Removal Operations Report that the agency has released prior to the end of every calendar year for at least the past decade. (The Enforcement Report for Fiscal Year 2020 is available online). Instead, the recently released report is a narrative-driven document that includes only a handful of enforcement-related statistics, all of which are intentionally written in a manner that is difficult to analyze and compare to previous years.

Members of Congress and reporters have been asking for months why the Enforcement Report for Fiscal Year 2021 is being hidden by the Biden administration. The still-unreleased report includes numerous tables and charts, year-over-year and monthly comparisons, and important numerical data — from detainers issued to criminality of aliens arrested to the number of arrests made in the interior of the United States compared to custody-transfer arrests from Border Patrol apprehensions — and would allow for a complete picture of the impact of the Biden administration’s controversial immigration enforcement policies.

The Biden administration’s troubling decision to not release the Enforcement Report is the result of a political decision; each ICE field office director sends the data to headquarters as part of their job responsibilities and the political leadership at ICE has been sitting on it since last fall. The Center for Immigration Studies has learned that the Biden White House took control of the draft report, rewrote it, and returned it to officers within ICE, hoping they would sign off on the new draft; the officers did not sign off on the White House’s draft, explaining that they would be unable to defend what they viewed as a politicized report that intentionally misrepresented the results of the White House’s policies. It seems the White House recognized that its attempted manipulation would be indefensible as the report remains hidden.

Below are some 2020 ICE enforcement tables, the 2021 versions of which the Biden administration has been sitting on since October of last year. The complete ICE Enforcement and Removal Operations Report for Fiscal Year 2020 is available online.