Why Is the U.S. Government Providing Visas to Affiliates of a Designated Foreign Terrorist Organization? 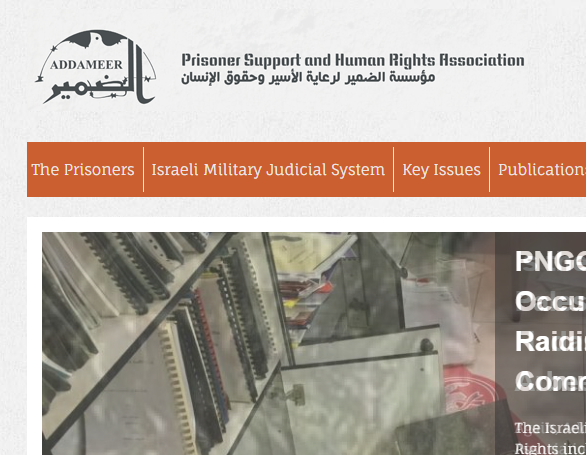 Addameer, a Palestinian advocacy group that focuses on Palestinians detained by Israel for security violations, including active participation in terrorist acts, is touring the United States.

Addameer's tour is supported in part by a group called the the U.S. Palestinian Community Network (USPCN, see here and here).

Addameer representatives also made an appearance at Red Nation's "Native Liberation" conference in Gallup, N.M., in early September, which included other interesting topics such as "Shut Down The Camps", described this way:

More than 50,000 immigrants are currently being detained by ICE. They are facing cruel and disgusting conditions in essentially concentration camps — particularly Trans people, women, and children who are being separated from their families. More info: #CloseTheCamps

Lest you be confused, Red Nation doesn't imply conservative Republican (vs. Democratic "blue") values, but rather red as in leftist-Marxist-socialist. This shouldn't be a surprise, because Addameer is closely aligned with the Popular Front for the Liberation of Palestine (PFLP), a designated foreign terrorist organization whose roots go back into the 1960s, when pan-Arabic socialism, not fundamentalist Islam, was all the rage among Middle Eastern radicals (see here and here).

Over the years, the PFLP has engaged in a significant number of terrorist attacks on both military/police and civilian targets in the Palestinian territories, Israel, and internationally. It is those attacks that landed it on the list of designated terrorist organizations not only in the United States, but also in Europe and Canada.

But the linkage between Addameer and the PFLP is undeniably close — so close that it might reasonably be considered a "political" or "propaganda" arm of the PFLP, just as Fatah is the political/propaganda arm of the Palestine Liberation Organization. There is an interesting interconnection of persons making up the ranks and executive board of Addameer, such as Yousef Habash, nephew of PFLP founder George Habbash, and Sumoush Saadat, the daughter of PFLP general secretary Ahmad Saadat.

This being the case, one wonders how and why these individuals were given visas to come to the United States on what clearly seems to be a propaganda tour whose ultimate aim is almost certainly not only to generate more public support and sympathy, but also donations. It is impossible to believe that our intelligence and security organizations lack detailed information about Addameer and its members. Why, then, would our consular officers open the door to such a tour — especially if it results in a pouring of money into the coffers of a group tied to the PFLP?

While immigration law provides for certain waivers of inadmissibility on terrorist grounds that permit consular officials to grant visas, such waivers are intended to be sparing and only when in the national interest, for instance when allowing access to foreign officials to speak at the U.N. General Assembly or the like.

Yet I see no evidence of any pressing national interest in this tour. How ironic that U.S. government officials would provide the means, by granting of visas, for representatives of Addameer to engage in material support of a foreign terrorist organization in violation of both federal criminal and immigration laws.