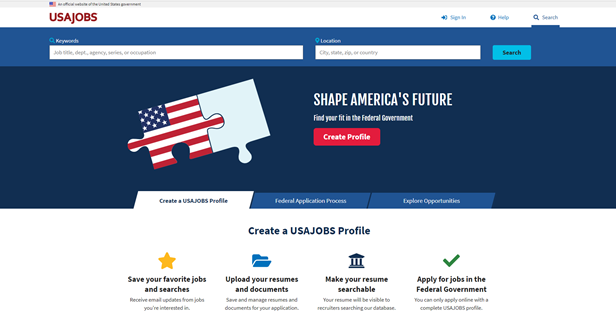 A curious thing was sent to me by a friend who works for the federal government, but not, I hasten to add, in any agency or affiliate of the Department of Homeland Security (DHS). The friend received it as part of a mass emailing throughout the various executive branch departments and agencies.

It’s a flyer for a job posting to be placed on the USAJOBs website, which hosts all vacancy announcements government-wide for the federal executive branch. As of this writing, it's not there yet — or at least, I couldn't bring it up — but the fact that it's being sent around via official email systems indicates that it is to be taken seriously and isn't a hoax. The flyer is on behalf of the DHS Volunteer Force, or “DVF”, as it is being styled. A clever little quasi-governmental seal can even be found in the upper-left corner, consisting of many raised hands with a heart in the middle and the motto, “DHS VOLUNTEER FORCE: ANSWERING THE CALL” around the outer perimeter.

But to get to the meat of the thing, the flyer seeks volunteer participants to aid in DHS's response to the mad rush to the border that seems pretty inevitable when the existing Title 42 expulsion regimen is eliminated. It isn't quite phrased that way of course. Instead, here is the lead paragraph:

The U.S. Department of Homeland Security (DHS) has a vital mission to safeguard and secure the homeland. With the potential for increased numbers of migrants traveling the Southwest Border, DHS is looking for volunteers to assist as part of DHS's commitment to ensuring a safe, orderly and humane immigration system. The DHS Volunteer Force provides humanitarian and logistical support for those processing through the immigration system. No experience is required, just a willingness to serve. [Emphasis in original.]

That's pretty heady stuff, right? A chance to really make a difference! Or so it would seem until one glances at the enumeration of duties, a partial list of which include such things as:

and my personal favorite:

The genesis for this DVF solicitation appears to be an April 12 interagency memorandum signed by the deputy secretary of DHS titled “Request for Support of the Department of Homeland Security Volunteer Force”.

Keep in mind that, while the word “volunteer” brings “working for free” to mind, that isn't the case. These federal employees would continue to receive their regular salaries, although almost certainly on a reimbursable basis by which DHS pays the employing agency back for the period of time the individual is performing this voluntary work.

What’s more, if they're working outside their usual designated work area, they are entitled to travel and per diem expenses for the duration of time that they engage in such critical functions as collecting trash and making the beds of aliens who have flooded across the U.S. border illegally. You, the taxpayer, will ultimately be bearing the brunt of those costs, which are going to mount into the tens of millions of dollars.

Does any of this sound like the Department of Homeland Security really has a plan for handling the rescission of Title 42?