The USCIS Ombudsman Issues a Damning Report on OPT

Focus is on theft of security and trade secrets 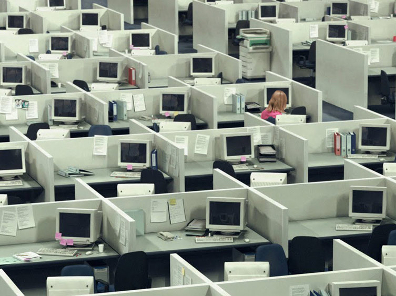 The Office of the Ombudsman of U.S. Citizenship and Immigration Services (USCIS) has issued its Annual Report for 2020. The ombudsman's office is a statutory creation of the Homeland Security Act that sets it apart from USCIS in much the same way that an inspector general's office exercises independence, although in its case it also exists specifically to provide "stakeholder" service for aliens, petitioners, employers, and their representatives in their interactions with USCIS, when those stakeholders believe that USCIS has erred or run afoul of its own rules and procedures.

There are a number of subjects in this packed report of 113 numbered pages that caught my eye and merit discussion, although this posting focuses on just one portion: "Foreign Students and the Risks Surrounding Optional Practical Training" at pp. 62-85.

The theory behind optional practical training (OPT – a non-statutory program created by the regulatory process – is that it permits former foreign students who have graduated to pursue additional development in a real work environment that fleshes out their learning experience. But what in past years was a small, manageable program has ballooned to alarming proportions. According to the report:

The total number of OPT students rose from 24,838 in 2007 to 200,162 in 2018, an increase of over 700 percent. During the same period, the subset of students pursuing extended STEM [Science, Technology, Engineering, Mathematics] OPT rose from 2 individuals, when the category first became available, to 69,650 individuals.

The ombudsman's report contains an exhaustive and detailed look at the underpinnings and actual processes involved in OPT that lay bare its weaknesses, its susceptibility to fraud, and most concerning, its utility to foreign governments interested in exploiting the program as a means to access and compromise important government and trade secrets for illicit export back to their home countries. (The report does not address the taxpayer subsidy for OPT workers, which my colleague David North has written about extensively.)

Significantly, as the report notes, according to the National Science Foundation, two of the five top nations of origin of students engaged in science and engineering doctoral programs in the United States are China and Iran, neither of whose governments' interests, structure, or outlooks align with ours. Another in the top five contributors to STEM doctoral students is India, whose government would emulate China were it able, if not politically, then certainly in terms of economic prowess and the projection of influence and power. And, like China, it is a nation with a population of well over a billion people.

Although little mention is made in the ombudsman's report about Iran, it is a prime concern where theft and misappropriation of defense weapons, material, and systems are concerned. Most of the report's focus is on China. This is understandable, given its pervasive campaign to use its foreign students and scholars as tentacles for the People's Liberation Army to siphon up secrets, intellectual property, and technology on a massive scale. The findings of the report are commensurate with my recent Center backgrounder on the threat to national security posed by foreign students and scholars.

Post-doctoral STEM students, including but not limited to those from the three nations mentioned above, are precisely the ones engaged in OPT who constitute the most significant risk of non-traditional espionage through theft of secrets. The reason is obvious: it is a shortcut to development without the laborious cost of time, or research and development dollars, and it eliminates trial-and-error by piggybacking on U.S. successes – successes achieved because of the expenditure of time, resources, and exhaustive research in our country.

Among the weaknesses is the stove-piped nature of U.S. visa and immigration systems. In the case of foreign students engaging in OPT, there are no fewer than five major players (not counting the students themselves):

The report makes clear that each of these entities functions in a relatively insular way. The result is a system that lacks checks and balances, with little capacity for the government to actually confirm that the assertions made by students or employers are true, or that the DSO – who is responsible for accepting, collating and forwarding the OPT certifications – has either the time, resources, or expertise to recognize indicia of fraud, misrepresentations, or national security risks when confronted with them. In fact, as the report notes, DSO turnover rates are extraordinarily high, and the Government Accountability Office has repeatedly pointed out that DSOs are a key vulnerability in the entire structure of foreign student controls.

The report also observes that SEVP is so poorly resourced (in part because it did not take steps for several years to increase its fee structure according to needs and use) that its field personnel cannot even manage the most fundamental task of visiting each institution of learning approved to accept foreign students at least once a year. Finally, it notes that, with regard to EADs, USCIS officers spend an average of 12 minutes per adjudication – even for STEM graduates seeking OPT opportunities, regardless of nationality, and even if seeking employment in highly sensitive areas of research, or at institutes or companies engaged in such work.

In sum, when looked at from the perspective of securing the nation's secrets and ensuring its continued competitive economic edge, the OPT program is designed to fail.

The ombudsman's report suggests that additional resources, both at USCIS for adjudications and at SEVP for field resources, might provide a significant mitigating effect. The effectiveness of this solution is not at all clear to me though. Doing so presupposes that Congress will be amenable to appropriating the needed funding or, alternately, not opposing steep increases in the fee structures of several agencies. And in any case, as the report itself notes, bringing officers and agents into the government is a time-consuming and costly proposition. The training is long, and the learning curve steep. Meanwhile the problem of non-traditional espionage continues unchecked.

What's more, the provision of additional governmental resources wouldn't affect the fundamental problem of stove-piping. The flaws inherent in stove-piped systems are twofold: first, things fall easily through the cracks with none of the players even being aware that there is a gap; such gaps are easily manipulated by bad actors and hostile governments. Second, and worse, diffused responsibilities result in lack of accountability.

This is particularly true with non-governmental actors such as DSOs and employers who are asked to take on quasi-governmental roles where oversight of OPT students are concerned. When confronted with issues of national security, they are likely to shrug and say "that's an issue for the FBI or Homeland Security." But, of course, it is their responsibility. What responsible homeowner would perpetually leave windows open and doors unsecured and expect to retain his possessions, especially when thieves are known to be operating in the neighborhood? And there are indeed thieves in the neighborhood where sensitive secrets and technologies are concerned. It does no good after one's most valuable possessions are stolen and secrets compromised to complain about inadequate enforcement. Unfortunately, saying this makes little difference. Where OPT certifications are concerned, employers will likely continue to pursue what they perceive of their narrow, short-term interests, and DSOs will continue to come and go in large numbers (and therefore fail to receive adequate training).

This brings us full circle, to the premises of OPT. Two critical facts must be borne in mind.

First, OPT has always existed to provide foreign students an opportunity to further develop their education and skills, but clearly this noteworthy aim must be balanced against the national interest. Nor was OPT ever envisioned as a substitute for, or bridge to, temporary worker visa programs although, as the report notes, there is plenty of evidence that it is being (mis)used that way, particularly with regard to the H-1B program.

Given all this, logic would dictate that the extra-statutory OPT program be dismantled in its entirety. Anything less will simply ensure the continued drain of American technology, weapons, and intellectual property – and, as a result, our safety and prosperity.