Reflections on the Pardoning of "Sheriff Joe" 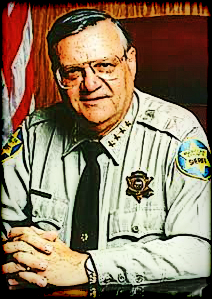 As he telegraphed during his Phoenix, Ariz., rally a few days earlier, President Trump has issued a pardon for Joe Arpaio, former sheriff of Maricopa County, who was convicted some time back of criminal contempt of court for purportedly ignoring the orders of a federal judge. Arpaio was directed to ensure that his deputies ceased their immigration enforcement efforts during traffic and other stops, in which they would inquire into the suspect's immigration status and then tender illegal aliens into the hands of Immigration and Customs Enforcement (ICE) agents.

The reaction has been swift and condemnatory. The Washington Times, for instance, quotes Sen. Patrick Leahy (D-Vt.) as saying, "It is disheartening that [the president] set the bar so very low for his first pardon. It is a shame to see the pardon power devalued like this. The ex-sheriff is a self-aggrandizing braggart who promoted racist law enforcement practices and cost taxpayers millions, and that is a reason they did not re-elect him."

Catherine Rampell, an opinion writer at the Washington Post went even further on the show "All In" on MSNBC, saying, "I would also point out that this is a direct attack on our Constitution and on the independence of our federal judiciary."

Such hyperbole. It's worth reminding readers that President Bill Clinton set a pretty low bar when he pardoned fugitive financier Marc Rich, who fled to Cuba rather than face justice. Even the New York Times and the New Republic, usually reliably liberal Clinton allies, were repelled by the pardon, which came in the last hours of the Clinton presidency.

President Barack Obama pardoned, or commuted the sentences of, literally hundreds of federal drug felons in the waning months of his presidency — and, in addition, granted last-minute pardons to Chelsea (Bradley) Manning of Wikileaks infamy and Oscar Lopez-Riviera, convicted Puerto Rican terrorist.

As to the "attack" on the Constitution and the independence of the judiciary: I'm not persuaded. It's worth considering exactly how contempt of court works. It is one of the only instances in our justice system in which the alleged injured party (the judge) also gets to act in the role of prosecutor and adjudicator. Does this sound particularly constitutional or fair? I don't think it does; in fact, there are a lot of reasons to question the constitutionality of a process that is so thoroughly stacked against the accused. The Free Legal Dictionary quotes a University of Virginia professor as saying "The roles of victim, prosecutor and judge are dangerously comingled."

And yet, consider that if anyone else were to suggest that there are compelling reasons to hold someone in indefinite detention, judges would promptly signal their outrage at such a clear and blatant infringement of the Constitution. I don't say this theoretically: Judges all up and down the American justice system did precisely that when they ruled that federal immigration officers have six months to execute an order of removal, after which they are obliged to let an alien go if, for instance, a criminal alien's home country has refused travel documents and permission to repatriate the alien.

Despite every sphere of the criminal and civil justice systems in our country leaning decidedly away from the notion of indeterminate sentences and coercive government, the condemnatory powers of judges — backed up by other judges — to accuse, try, and sentence individuals for contempt, and hold them indefinitely, remains untrammeled.

That, ladies and gentlemen, seems to me to be where the danger to the Constitution lies.