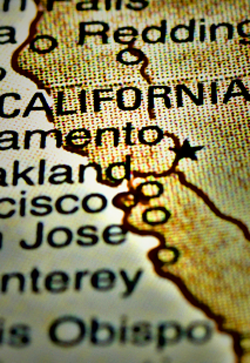 California state legislators have once again distinguished themselves, both for their lack of common sense and their disdain and intransigence in the face of federal efforts to restore a measure of reality and integrity to the rule of immigration law.

This happened on September 13, when they passed AB (Assembly Bill) 450, the so-called "Immigrant Worker Protection Act". It might better be called "The Illegal Alien-Unauthorized Worker Harboring Act" because its intent is clearly to inhibit California employers from cooperating with federal immigration authorities who are seeking to ensure that those employers only hire legal, authorized workers.

One of the official analyses of the bill says as much, albeit a bit more coyly: "This bill seeks to ensure that all California workers, regardless of immigration status, enjoy the protections afforded to them under state law 'without fear of harassment, detention, or deportation.'" (Emphasis added.)

The same legislative analysis also descends into hyperbole and attempts to incite public fear through the use of "fake news" in its commentary: "Recent executive actions from the new federal administration have signaled that all immigrants here without permission are now enforcement priorities for Immigration and Customs Enforcement (ICE). Nationwide, there are reports of ICE agents descending on worksites for mass round-ups of immigrants." Has anyone else been reading or hearing about "nationwide mass round-ups" by these jack-booted minions of the law? I haven't.

Unsurprisingly, the bill was endorsed by certain unions, particularly the Service Employees International Union (SEIU), which derives a significant portion of its membership from aliens who are working (and living) in the United States in violation of law.

The California Assembly and Senate — being smart enough to know that attempting to regulate federal agents directly is a laughable non-starter — instead focused on employers. The bill, as passed in both chambers of the California legislature, doesn't just pertain to public agencies. It also pertains to private employers, and prohibits them from exercising their rights over their own companies because they cannot voluntarily:

But the impositions don't stop there. The bill contains sundry other requirements for employers to follow, such as posting notices in the worksite (via "templates" in various languages, to be devised by the California labor commissioner) notifying employees of an impending worksite audit by immigration agents within 72 hours of receipt of the audit notification (which itself must be provided to employers a minimum of 72 hours in advance per federal practices). The worksite notice requirements are onerous and will no doubt be time-consuming and costly to undertake, because the law requires the following information:

(A) The name of the immigration agency conducting the inspections of I-9 Employment Eligibility Verification forms or other employment records.

(B) The date that the employer received notice of the inspection.

(C) The nature of the inspection to the extent known.

(D) A copy of the Notice of Inspection of I-9 Employment Eligibility Verification forms for the inspection to be conducted.

Afterward, the employer must also serve an employee with a "copy of the audit findings" when that employee is affected by a finding that he or she lacks the documents to be legally employed.

Failure to comply with these new state provisions is a serious matter, because violations can incur fines of between $2,000 to $5,000 for a first violation, and $5,000 to $10,000 for any subsequent violation.

Both the California labor commissioner and attorney general are authorized to enforce the provisions and, hilariously and ironically, the funds collected go into a "Labor Enforcement and Compliance Fund", which would more appropriately be named the "Illegal Labor Protection Fund".

It seems to me that the bill oversteps the boundaries of what is permissible. Immigration law is a unique prerogative of the federal government, and state laws that intrude into that federally protected sphere, particularly when they are designed to impede, not to assist, federal efforts, must be viewed with great skepticism. (Note, also, as a legal-technical matter that there is absolutely no requirement in either federal law or regulation that agents procure a subpoena or court order in order to conduct an audit.)

If our Congress had wanted to provide the shelter and protections — not to mention levy the onerous requirements on employers laid out by this California bill — it could have done so in the relevant portion of the Immigration and Nationality Act. (See 8 U.S.C. Section 274A.) But it did not.

As of this writing, Governor Jerry Brown has not signed the bill into law. He shouldn't, although from his progressivist point of view there may be some value to "virtue signaling", even if he believes that ultimately such a law, if enacted, would be enjoined by the federal courts. (Apparently, concerns over wasted litigation monies don't weigh heavily on the minds of many California officials, even though the state is saddled with huge amounts of debt, as is evidenced by the number of lawsuits they have filed of late.)

Seeing this state of affairs makes me sad. California is one of the most beautiful places in the country, and one with which I have personal ties: my sister was born there, my daughter resides there, I have dear friends there. Yet it can hardly even be called a part of the republic any more. There are overt petitions to "secede" from the union (sad and ironic, given that it was a "union" state during our bloody and divisive civil war), in no small measure because of resistance to federal immigration law. But it isn't just a bunch of petitioning leftist outliers. In addition, various segments of the state government, from the University of California to the state attorney general, file lawsuits at each and every opportunity to tie up attempts to enforce federal immigration law within its borders.

Of course, this "resistance" doesn't stop the state from gobbling up each and every penny of federal aid or grant money available (such as through the State Criminal Alien Assistance Program, which has given California tens of millions of dollars even though it also has a statewide sanctuary policy in effect that prohibits local police and sheriffs from cooperating fully with immigration agents to take custody of said criminal aliens).

It also doesn't stop the state from relying on federal coffers to help it shore up its crumbling infrastructure when it fails to take care of its own business, such as the Oroville Dam disaster. In speaking to that matter, Governor Brown said, "Stuff happens and we respond," but in fact what he was overtly asking for was the federal government to directly respond.

With California of late, the concept of federalism appears to be a one-way street.