On the Notion of Enfranchising Illegal Aliens 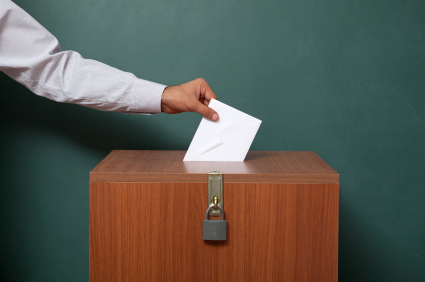 College Park, Md., a reliably liberal bastion and home to the main campus of the University of Maryland just outside the Washington, D.C., Beltway, apparently is mulling over enfranchising illegal aliens, according to the Baltimore Sun.

As Sapna Rampersaud notes in National Review Online, this universal enfranchisement appears to be a coming trend for various "progressive" local governments.

Chicago, the third largest city in the nation, is edging ever closer to that goal by promising to issue city identification cards to any and all comers provided they can give officials something (exactly what remains unclear) showing that they reside within its boundaries. One wonders whether Chicago officials have contemplated how quickly this will devolve into a free-for-all of fraud, with altered utility bills and bogus back-dated "rent" receipts being offered by sketchy landlords for a modest fee. As a former immigration agent, I know something about this: I lived through my agency's often-unsuccessful process of trying to winnow out all of the massive amount of fraud committed in the wake of the 1986 nationwide amnesty.

Perhaps in their zeal to show their progressive stripes, Chicago's political leaders don't care about wholesale fraud in procuring city ID cards. But the citizenry should, because all of those IDs will become breeder documents on which many other kinds of fraud will be based, including eligibility for scarce social safety net benefits and competition for good local jobs, to the detriment of one and all.

I wonder, too, whether the Solons in College Park or, for that matter, Maryland state electoral officials have really thought this through. The Sun article notes:

Supporters of the College Park measure say local elections center on trash collection, snow removal and other municipal services that affect people regardless of their citizenship status. The proposal, like those already approved in other small Maryland cities and towns, would not allow undocumented immigrants to vote for president, senator, congressman or governor.

Let's just pick through those statements for a moment.

First, it's worth noting, parenthetically, the journalist's use of the politically correct, but factually inaccurate, phrase "undocumented immigrants" instead of the more plain "illegal alien". Being illegally in the United States doesn't mean you have no documents, it means you are here in violation of law. Illegal aliens often have a plethora of documents, some legitimate and some fraudulent (depending on the reason for which they're presented).

Second, it's not the city's proposal that precludes those illegal aliens from voting for federal office; it's federal law, which holds supremacy over state laws or local ordinances. But saying something is unlawful doesn't stop it from happening, does it? Whether or not a law has force often depends upon the safeguards erected to prevent such a law from being abused or violated. Even local enfranchisement of illegal aliens significantly blurs that bright line and makes it harder to enforce.

Third, we need to ask: Will it really only be the likes of trash collection and snow removal? How about voting for the city council or other, similar, seats? Once enfranchised, what stops an illegal alien from running for office? Nothing that I can see. Are they just supposed to "know their place" so that College Park progressives can bask in the glow of their good works while keeping hold of the reins of power? That's unlikely. And in the ultimate event that an "undocumented immigrant" ends up on the city council, imagine the embarrassment and furor should federal agents enter the council's public room during a hearing and take away the councilor in handcuffs. Nothing stops them from doing that — again, because federal law prevails despite whatever city voting ordinance is enacted. Being on a city council seat provides no sort of immunity from the immigration laws.

And then there is the question of how newly enfranchised illegal alien voters will be enrolled. Will they be given the same voter registration cards as all Maryland voters, thus making them indistinguishable from any other voter, and virtually ensuring that there will be fraudulent and unlawful voters for state or federal elective offices? If so, this poses a huge conundrum for Maryland's chief elections officer, who is charged under federal law with ensuring that Maryland's voter rolls remain clean. If he fails in this task, the attorney general of the United States has the authority to initiate legal action against the state.

If, on the other hand, College Park officials decide to let individuals vote based on "secondary evidence" such as rent receipts or utility bills, then see my remarks above on Chicago and the general worthlessness of such evidence as real proof of an individual's domicile. Either way, it seems to me that College Park officials are compromising the integrity of their electoral processes.

Do we Americans so little value our vote that we are willing to dilute it to the point that it is worthless?

The very notion of enfranchising illegal aliens — which has already come to pass in a number of other locales — seems, at least to me, proof positive of the need for exactly the kind of advisory commission on electoral integrity established by the president.